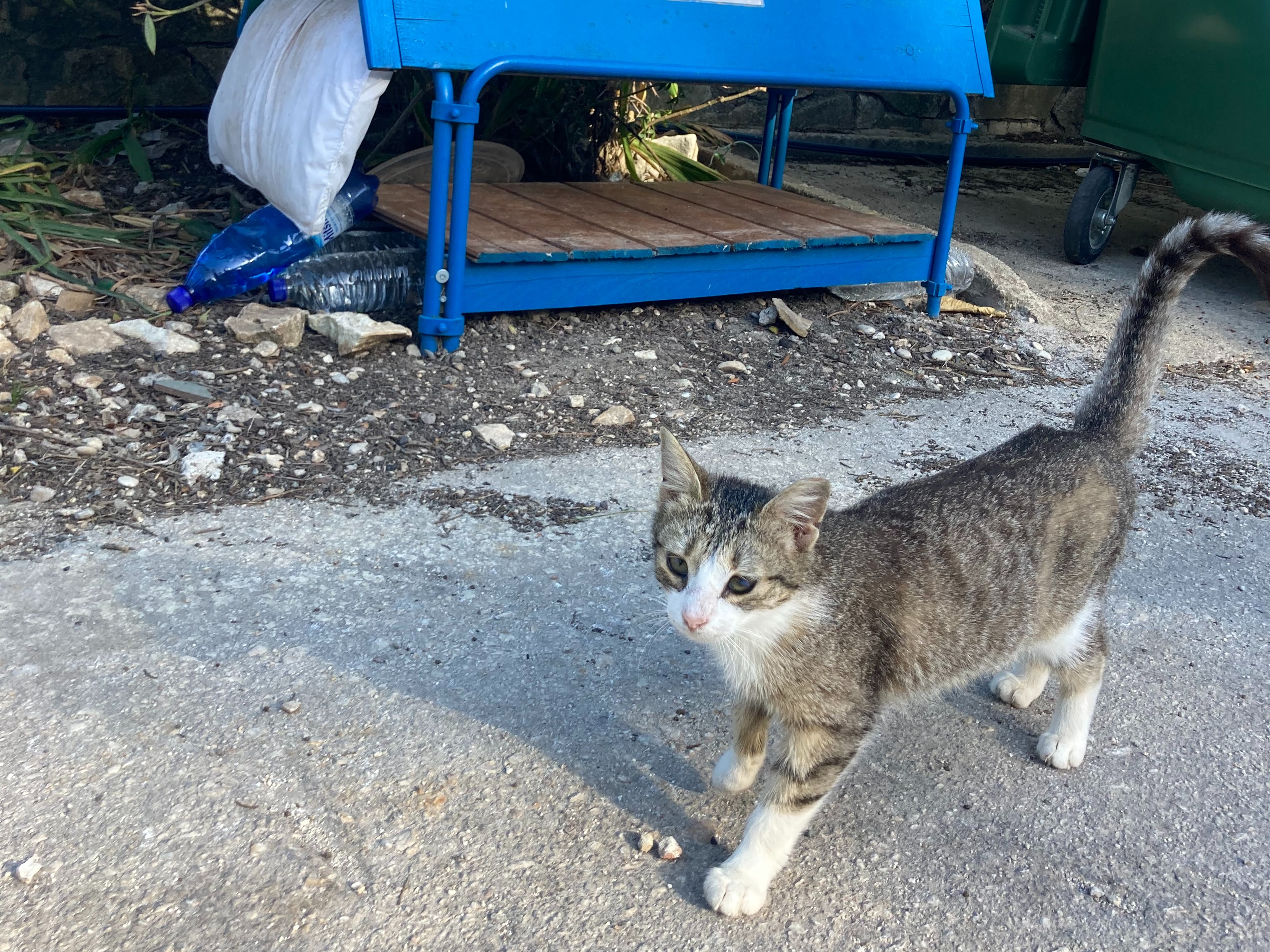 Volunteer Spotlight: Caring for cats on the Greek island of Paxos

All around the world, there are animals in desperate need of trained vets, vet nurses and those with a passion for animal welfare. On a WVS trip, our volunteers are on the ground providing crucial care to some of the world’s most deprived animals and immersing themselves in the awesome culture. Dr Emily Fairhurst, a veterinarian from the UK, generously travelled to the island of Paxos in Greece to lend a hand with the team at Paxos Animal Welfare Society (PAWS). 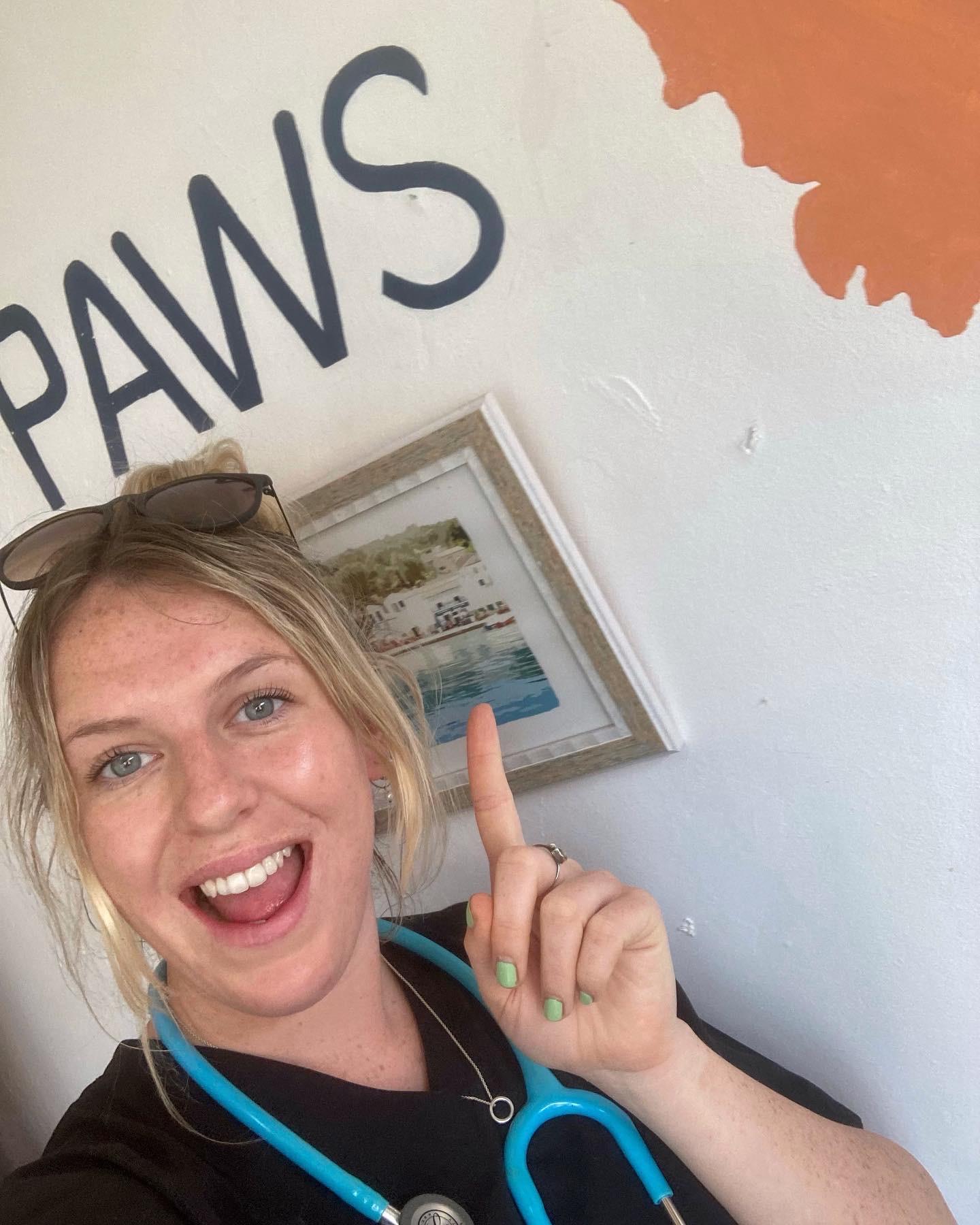 Read on to hear all about Emily's experience in Greece...

"Having never been to Greece before, I jumped at the opportunity to go to the island of Paxos with Worldwide Veterinary Service and volunteer for the Paxos Animal Welfare Society (PAWS). A small charity run by a handful of dedicated locals living on the island, PAWS has been neutering feral cats and rehoming stray dogs on the island since 2005."

"A typical day involved leaving our lovely accommodation in the port town of Gaois at around 8:30 and driving for 15 minutes to the clinic in Magazia. On arrival at the clinic we would set up ready for a day of operating whilst we awaited our first patients. Cats were trapped daily by the PAWS volunteers as well as locals who had been trained and provided with traps by PAWS. Dealing with feral cats meant that we were never entirely sure what to expect until each patient had been safely anaesthetised and the length of the working day was dictated by how many cats were caught and how many were spays versus castrates. However, we were always finished by 4pm which meant lots of evenings spent at the beach swimming and exploring local restaurants!" 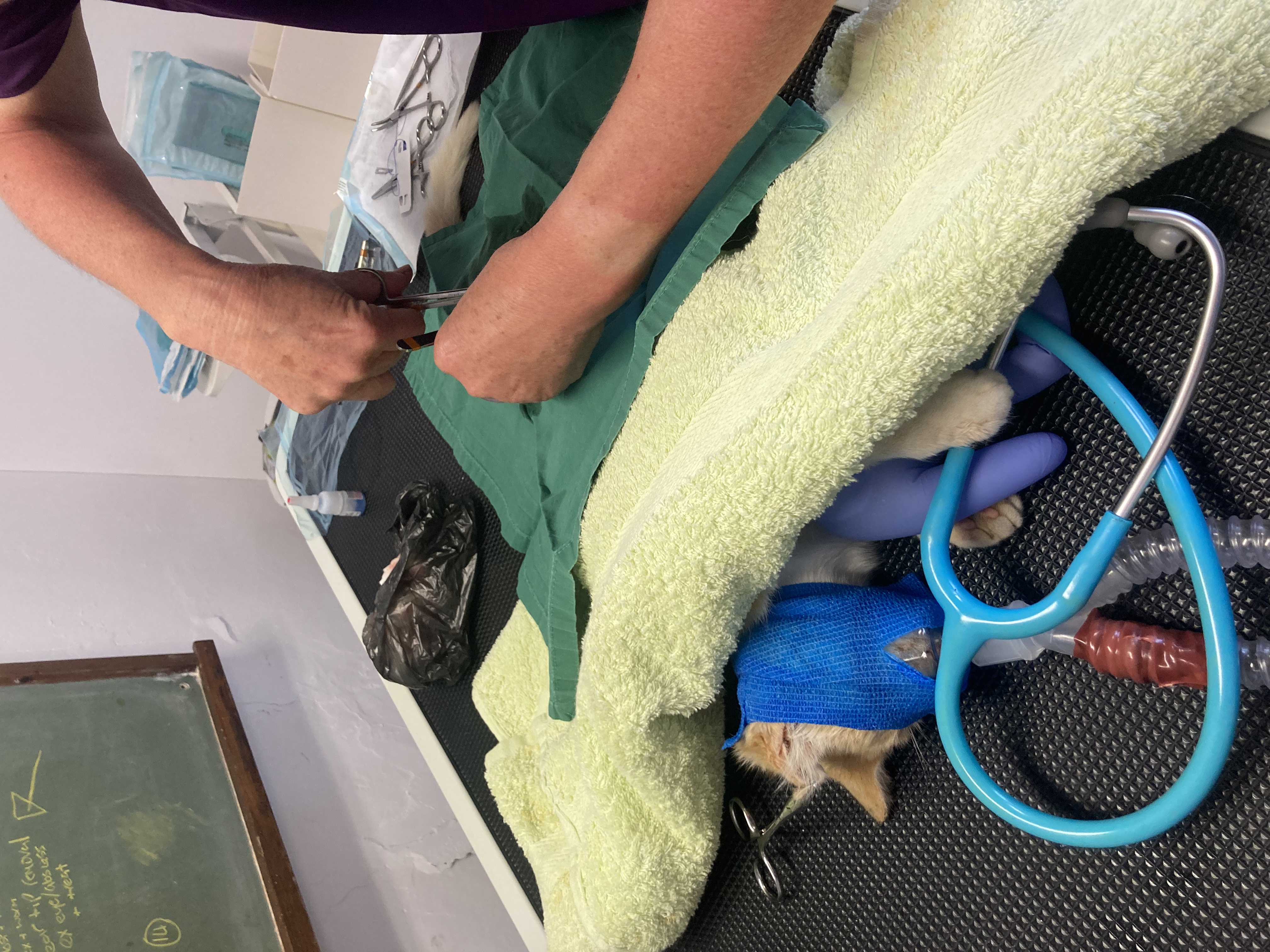 "Although the clinic in Magazia was an old school building, I was impressed by how well it had been converted into a veterinary clinic. An oxygen generator and anaesthetic machine with a vaporiser meant that all patients could be maintained on inhalational anaesthesia and there was an autoclave for the sterilisation of surgical kits. The volunteers informed me that in the early years of the charity, surgery was undertaken ‘al fresco’ on tables in people’s gardens and so the establishment of such a well-equipped clinic is a testament to the hard work and dedication of the PAWS team."

"As this was a neutering programme, the vast majority of cases were spays and castrates. Each cat received a triple injection to anaesthetise it before being placed onto inhalational anaesthesia, given a dose of non steroidal anti-inflammatory and then finally being reversed 45 minutes later. Whilst anaesthetised, each cat received a thorough health check, was administered antiparasitic treatment and, where necessary, antibiotics. We also sutured a few wounds from old cat bite abscesses and carried out an enucleation on a cat with a severe eyelid tumour." 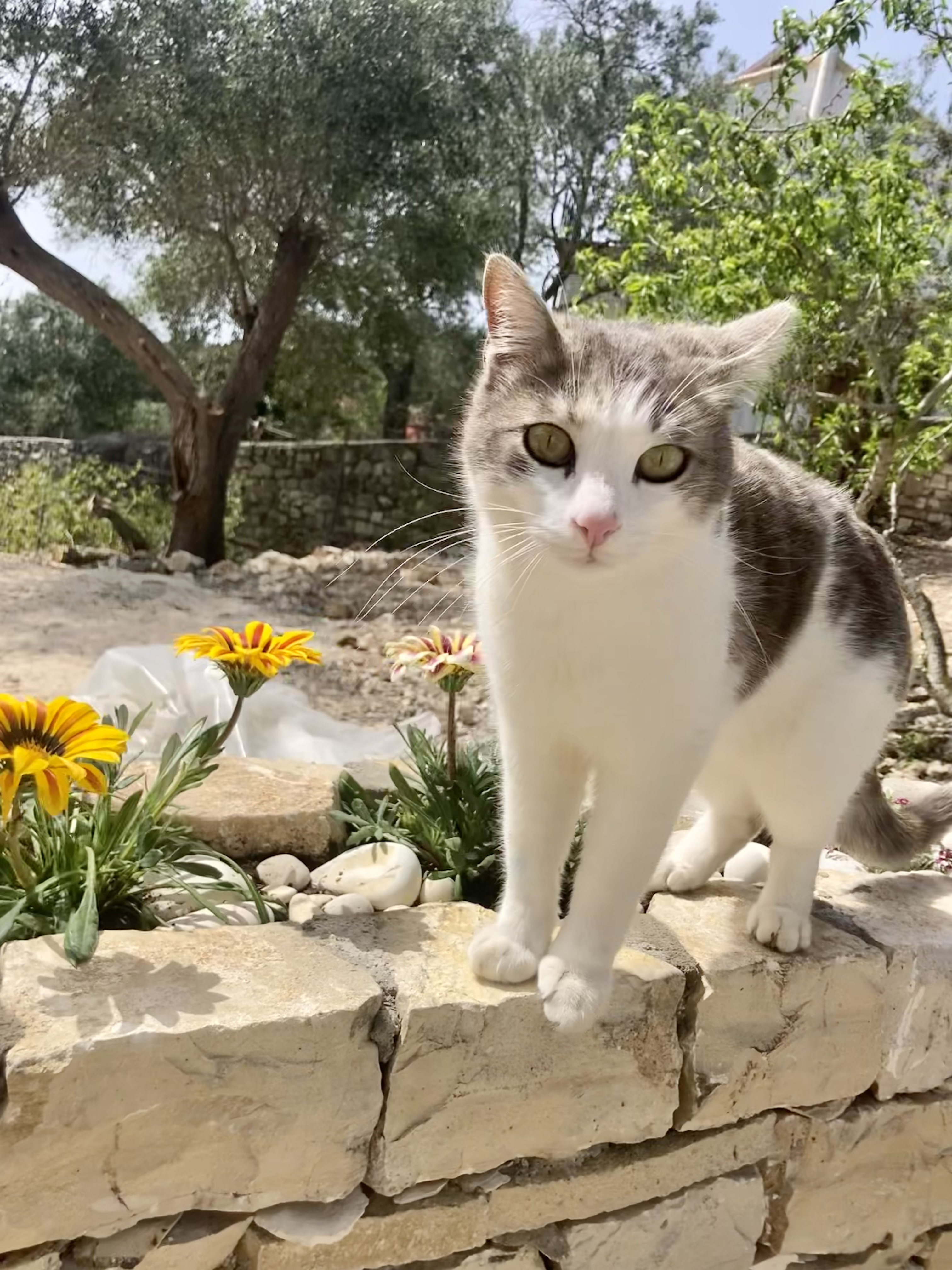 "The work was fulfilling and rewarding but I was glad for the weekends off work which allowed me to explore the local area. With such a beautiful coastline I took many trips to various beaches around the island including Erimiti Bay, Mongonissi and the famous Tripitos Arch. The last weekend coincided with the Greek Orthodox Easter and being able to see and get involved with traditional Easter celebrations was a big highlight of the trip!"

"Over the two weeks we neutered 65 cats and in total treated 70, a very satisfying result! Being able to make a tangible difference to the welfare of the cats on the island was incredibly rewarding and reminded me of why as veterinary professionals we chose this career path in the first place: to help animals and make a difference."

"Working alongside such a selfless team of volunteers was inspiring and I cannot wait to get back out to the island next year and continue supporting them with their vital work. Yammas PAWS!" 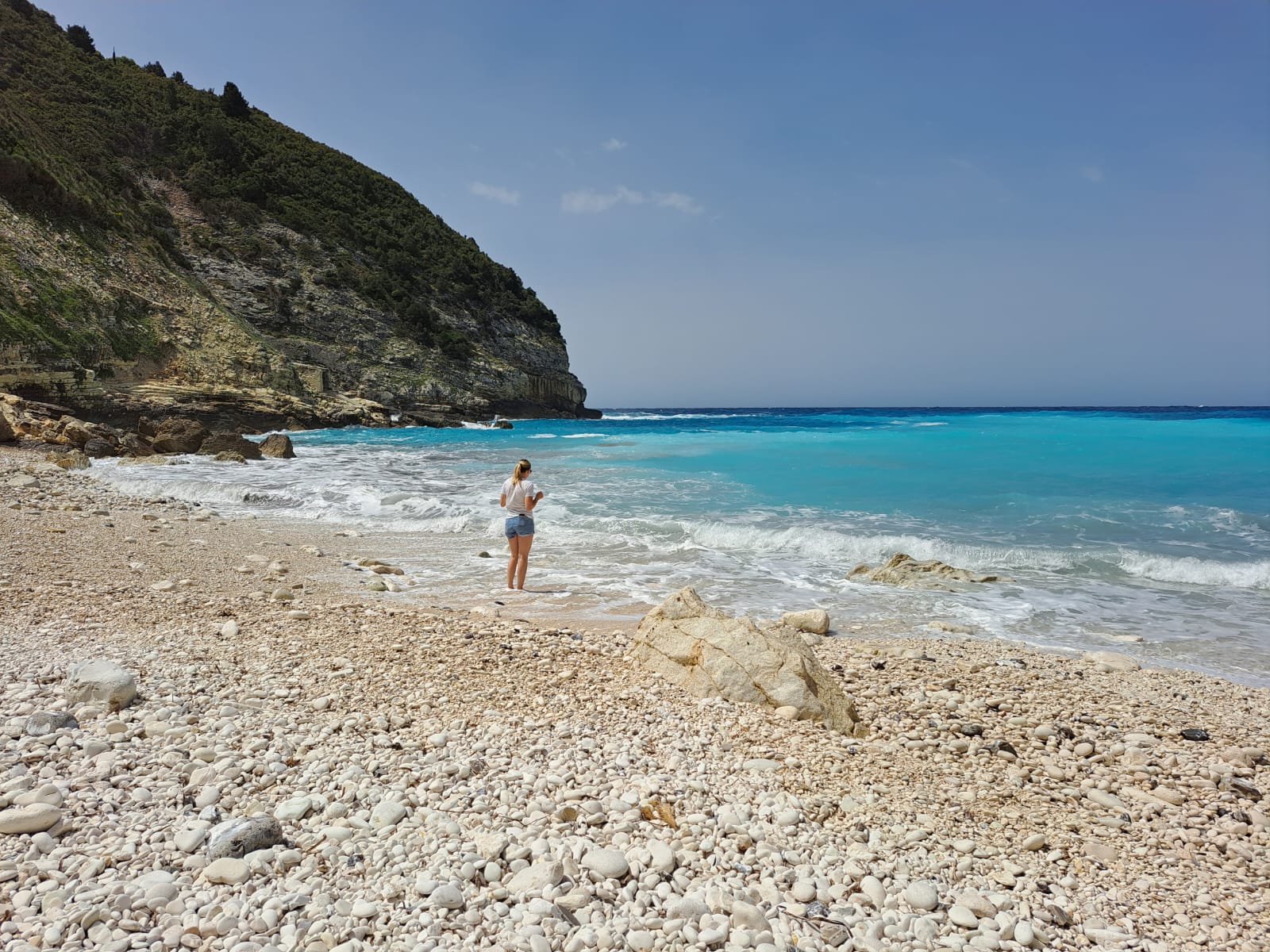 If you’ve been inspired by Emily’s experience and feel ready to get hands-on with helping animals in need in, take a look at our volunteer placements around the world.

Got questions about volunteering abroad? We have got the answers to your most frequently asked questions. Our team are on hand to help you from start to finish.