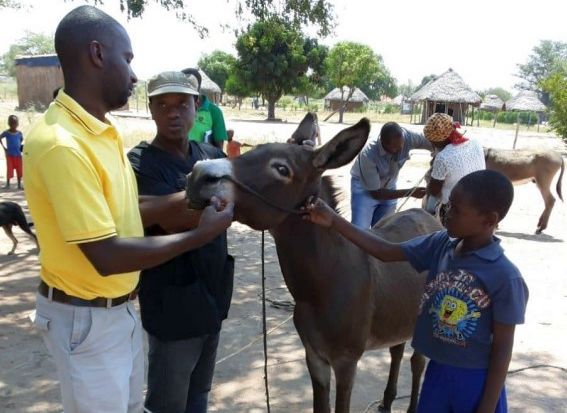 Mozambique: Recovering from a natural disaster

In early 2019, Mozambique was hit by tropical Cyclone Idai, which caused a devastating impact in three waves; flooding, landwash, and subsequent drought. It’s estimated that 3,000 km2 of land was affected by the flooding. Over 715,000 hectares of crops were lost underwater, two million animals were dispersed, and more than two-thirds of the existing livestock population was reported missing. In the subsequent weeks following the disaster, animals were found up to 40kms from their homes, but sadly many lives – both animal and human – were lost as they fatigued and drowned in the water. Others found on higher ground were stranded, with no access to clean water, shelter, or food. 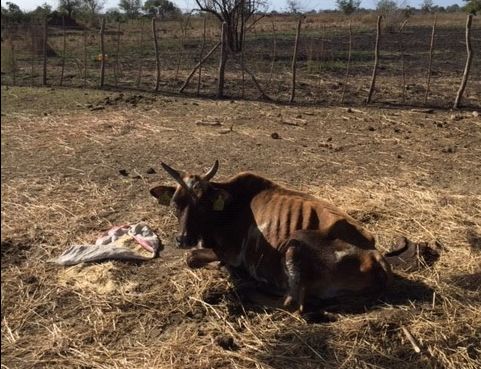 Dr Francesca Compostella, our International Projects Director for Working Animals, attended in the immediate aftermath to set up what is now a long road to recovery. 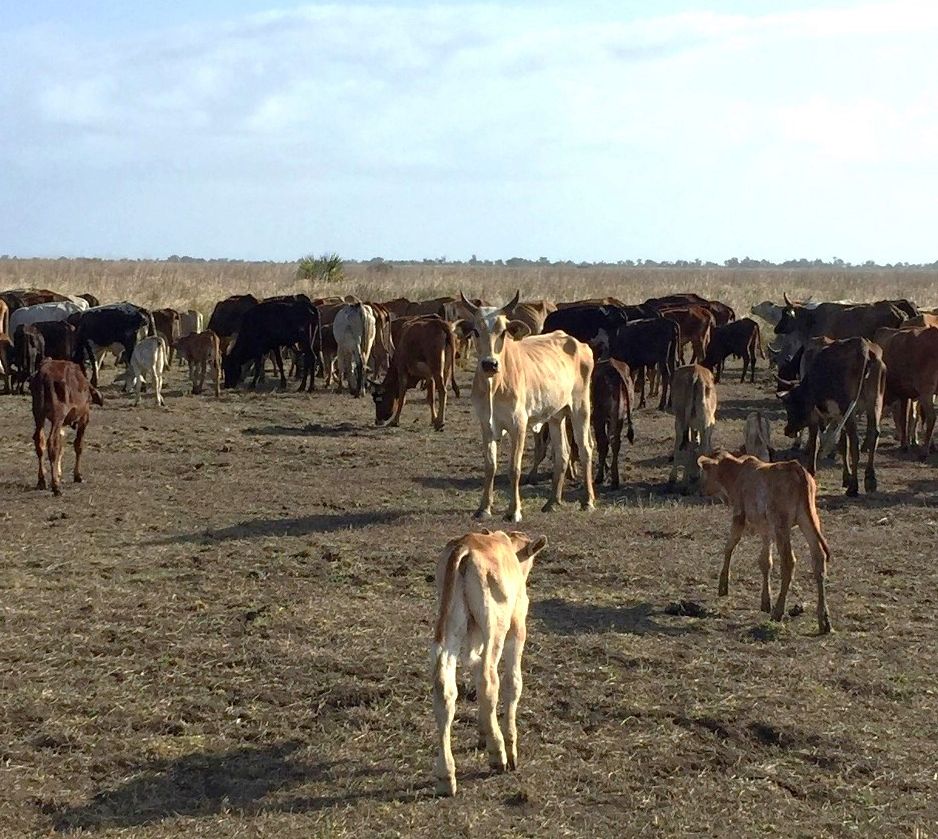 In the immediate aftermath of the flood, local teams were deployed on small boats to bring food to the stranded animal. Where possible, they herded animals across flooded plains to major roads, where help was waiting. Once there, animals could receive proper veterinary care, but, by this stage, many collapsed from exhaustion. Those that survived were suffering from diarrhoea and breathing issues, as they had been unable to graze or drink clean water, while others succumbed from injuries caused by floating debris. 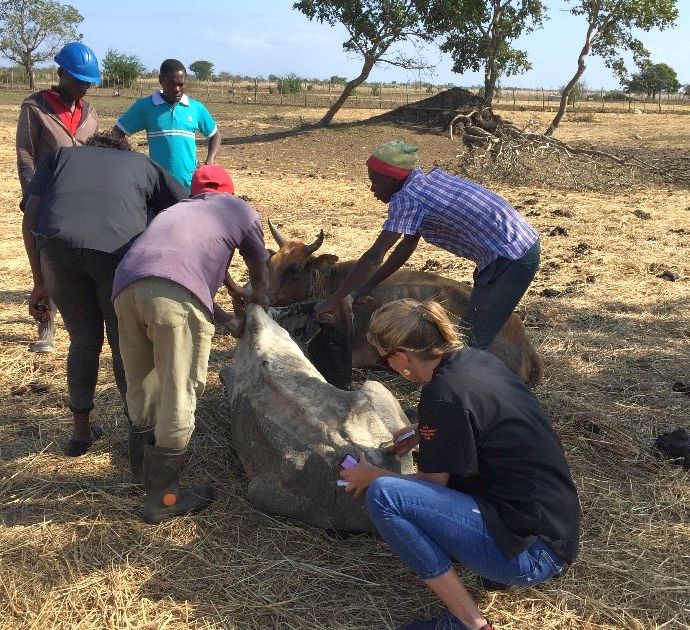 An ambulatory team of vets was deployed and remained hard at work treating cases and providing surviving animals with a safe, dry space, where they could rest, eat and recover.

Six months later, Dr Fran returned to Mozambique to work alongside our veterinary team from the university and Ministry of Agriculture, in assessing the situation. What they found was very concerning.

Many surviving animals were still succumbing to lung disease, intestinal parasites, and untreated wounds. What's more, the food situation was found to be critical; as all the crops and grazing had washed away. Alongside our local team of vets, Dr Fran began treating a range of animals – donkeys, oxen, cows, goats, pigs, chicken, guinea fowl, and farm dogs and cats – with antibiotics, anti-parasitic drugs and vaccines, while cleaning wounds and applying dressings to keep them clean whilst they healed. They also distributed food and supplemented the weaker animals’ diets with high-energy local produce, such as oil and beans. Despite their relentless efforts, they reached had less than a tenth of the region in over a week. There was still so much more we needed to do.

A Lifeline on Wheels

That’s why, with the support of our partners, we established a mobile veterinary clinic. We procured an all-terrain vehicle and packed it with veterinary supplies to transport vets and vet students to where they are needed most. With vets-in-training on board, the mobile is not providing immediate treatment but creating a sustainable programme that will improve the standard of vet care in Mozambique. And it’s working. 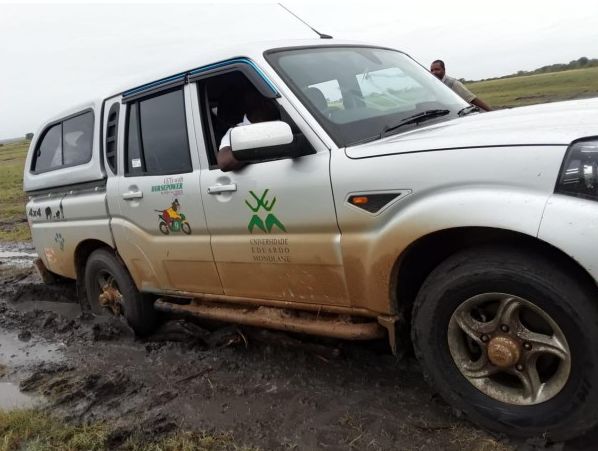 Through veterinary intervention and community education, the team is working hard to disseminate animal welfare knowledge across the county. By showing families how to best care for the animals – everything from how to effectively clean wounds to how to use working harnesses correctly to avoid injuries – we’re providing vital support to animals and people who very much depend on one another. 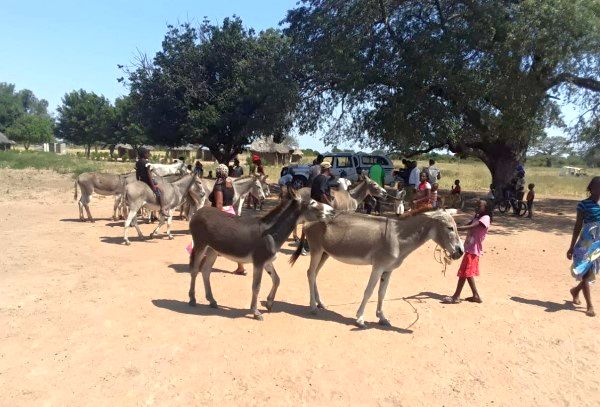 In 2020, despite the challenges presented by the pandemic, the launch of the mobile clinic in Mozambique made a significant difference to lives of animals and people. The team's efforts in expertly treating and caring for the working animals, and showing others how to do the same, have resulted in a decrease in whipping injuries and improved body scores. It has also given local final-year vet students the chance to gain practical skills, which is otherwise lacking in their curriculum. This education element is helping build up the veterinary capacity needed in areas where people rely on working equines for their survival. 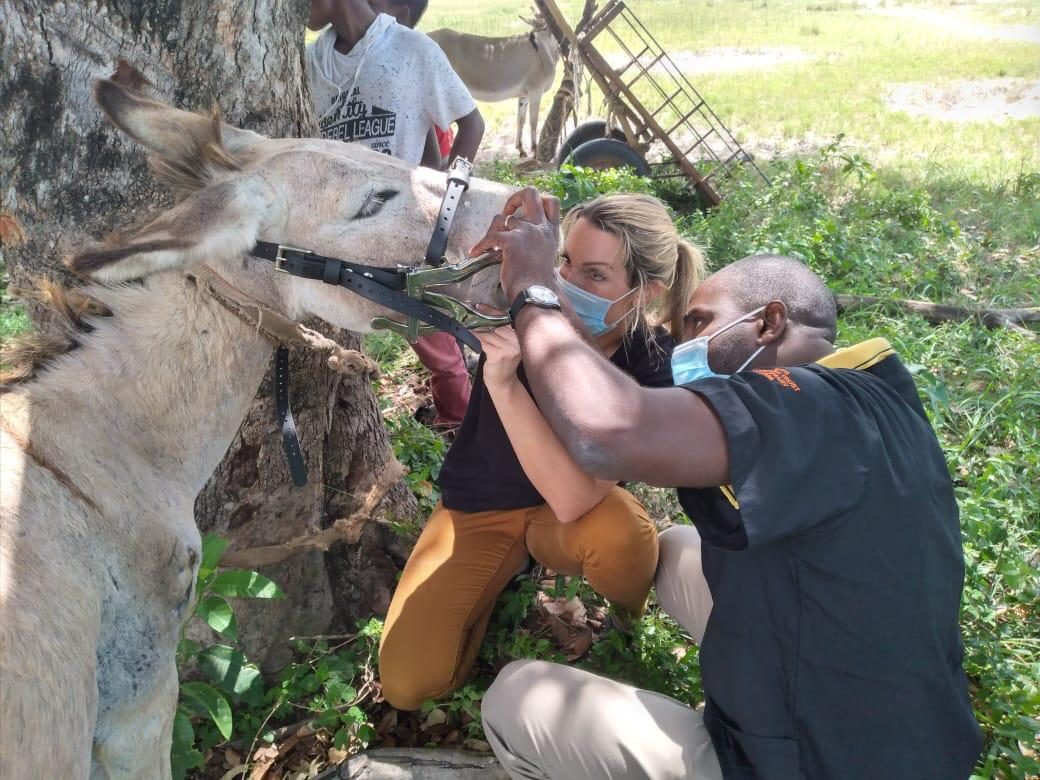 The Impact of COVID-19

COVID-19 continues to have terrible consequences for the economy of Mozambique, a country in which two million people are already at risk of acute hunger. The cost of basic goods has increased by 30% in the last two months alone, placing even more pressure on remote farming communities, and the working animals. 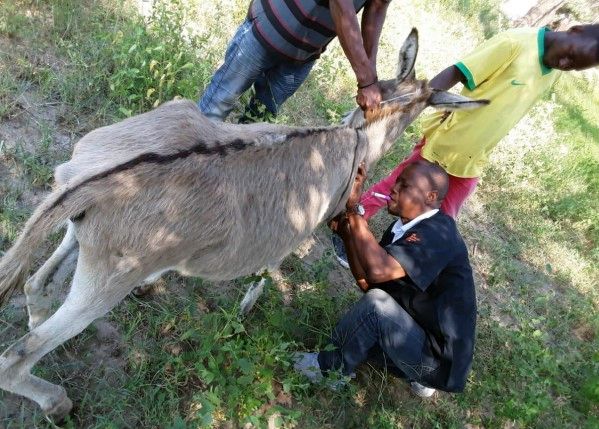 With your support, we're working with the Eduardo Mondlane University to continue this life-saving work in Mozambique, whilst following government guidelines strictly to ensure the safety of our vets, vet students, and the communities in which we work.

You can help us do this. If you are able to, please consider making a donation today to support the efforts of our hard-working teams in Mozambique.

This project in Mozambique is just one of the many ways we're helping to give working animals, whether it's horses in India, donkeys in Mozambique, or elephants in Myanmar, the best life possible.