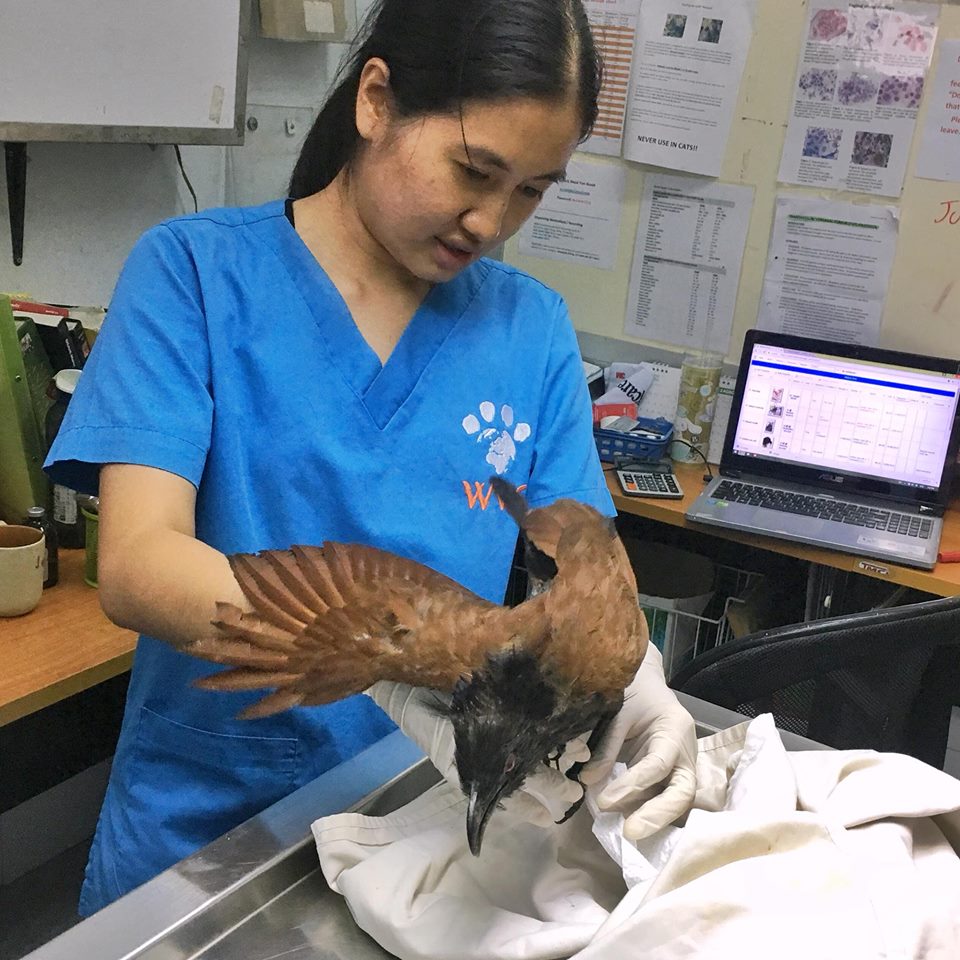 Although it is usually dogs that come to our Thai ITC, our vets were faced with a completely different case when one of our team members found this little bird in the road. 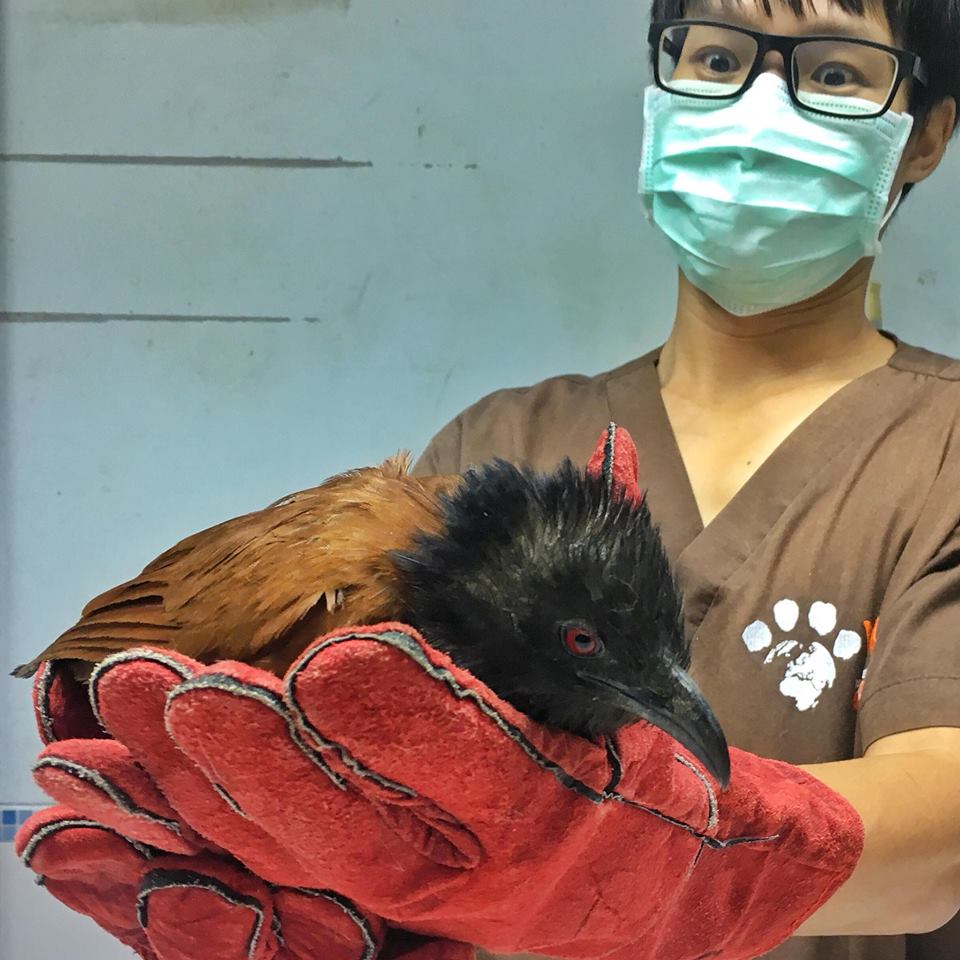 He was lying flat on his back with feathers strewn across the road and initially, it did not look promising. Upon closer inspection however, they could see he was still making a kind of twitching movement so he was brought in to the WVS clinic for closer examination.

Back at the clinic, Dr Pim and Dr Luk gave him a full top to bottom physical examination and thankfully found no catastrophic damage. It appears that this little bird, most likely an Asian Greater Coucal known locally as a Crow Pheasant, was just suffering from shock and could not get himself back on his feet.

All this commotion caused our feathered friend to stir and become much livelier. He promptly embarked on a few loops around the office much to the entertainment and concern of the WVS team. Having proven his flying ability was still intact, he was then released into the wilderness across the street from the centre.

An unusual yet interesting patient for the WVS Thailand team!