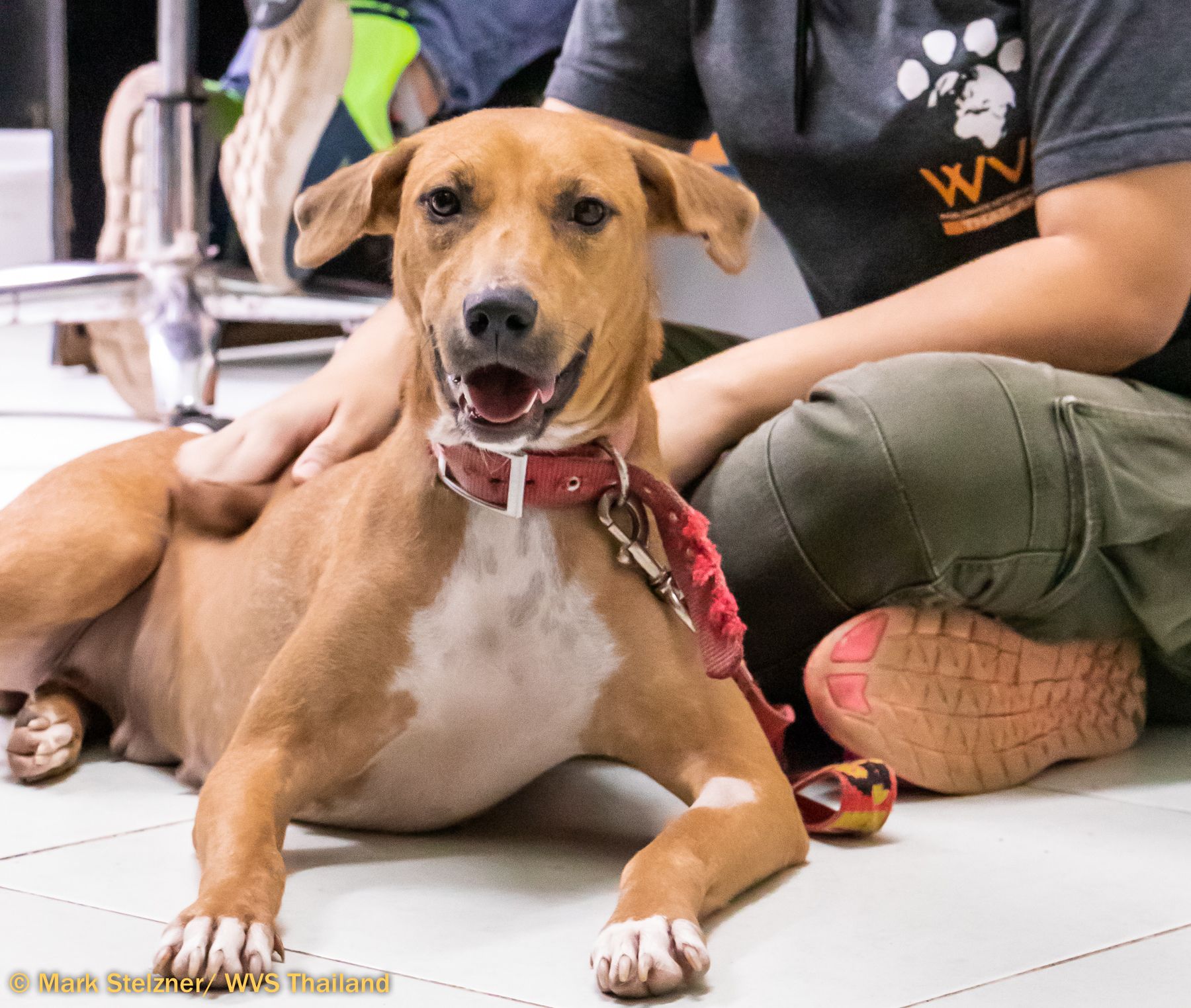 This is Scooby-Doo, a stray dog in Thailand who was brought to our clinic in her time of greatest need.

She was found on the streets of Chiang Mai suffering from a fractured leg. Initially, she was taken to a private practice, who x-rayed the leg and confirmed it was a proximal tibial fracture, before transferring the stray's case to our veterinary team.

For cases just like Scooby-Doo's, amputation of the damaged limb is usually the best and only treatment option. This is because fractures in stray animals often present to the clinic open and infected. It's also often the case that too much time has passed since the injury, and the muscles have atrophied. But, our veterinary team was determined to try.

Sadly for Scooby-Doo, it wasn't just her injured leg that was threatening her life. Blood tests revealed she was also severely anemic and her platelets were dangerously low.

The veterinary team began treating her systemic condition whilst they kept her injured leg immobilized as best as possible, with a bandage, casts, and cage containment. It's not often this approach works in veterinary medicine, but in certain circumstances, it is worth trying, especially if it can save the animal her leg. And it worked. 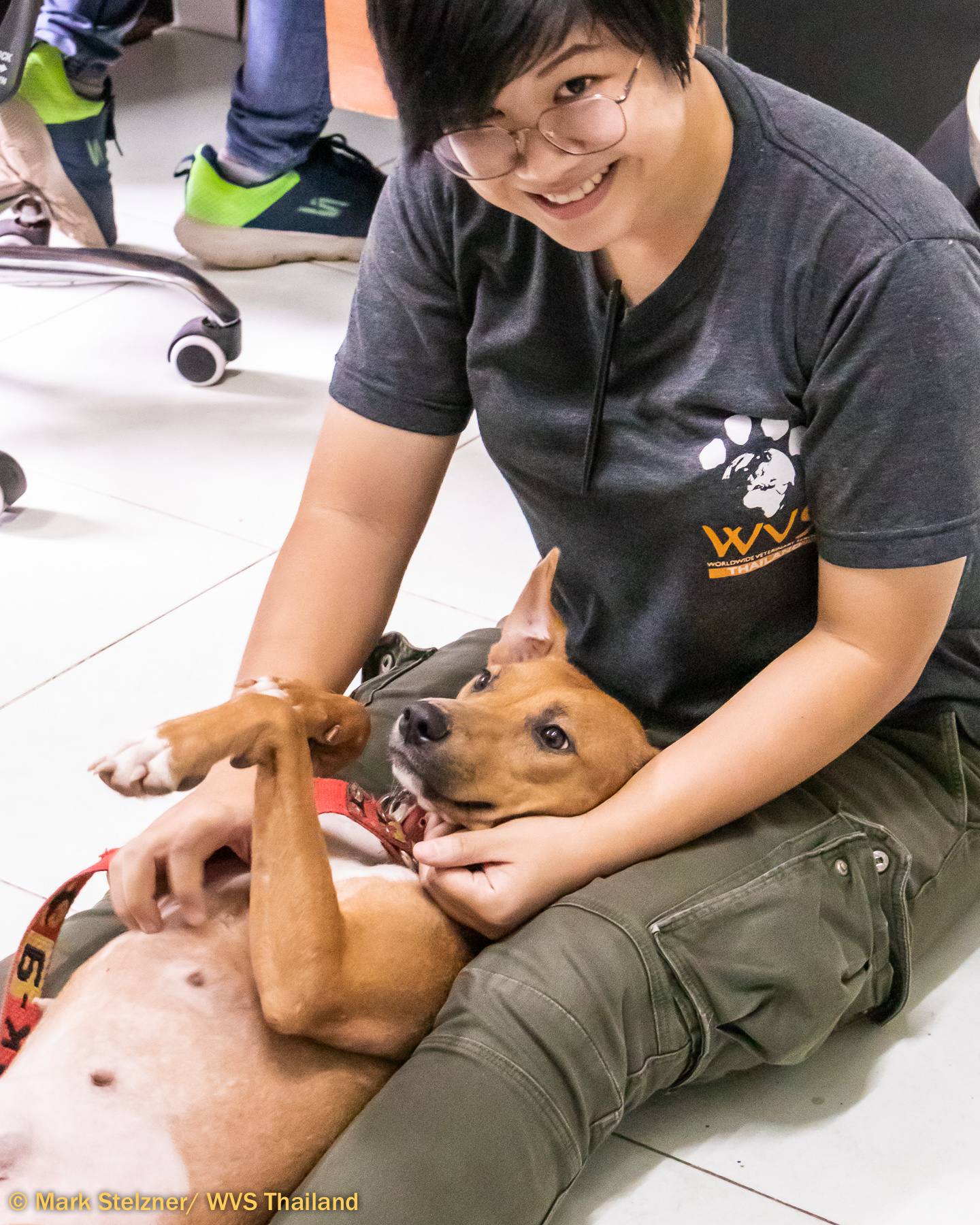 In three short weeks, Scooby-Doo started bearing weight on her leg. An x-ray confirmed the presence of bone callus, and that her body was healing. It wasn't long before she was walking, running, and playing as she'd done her whole life on the streets. 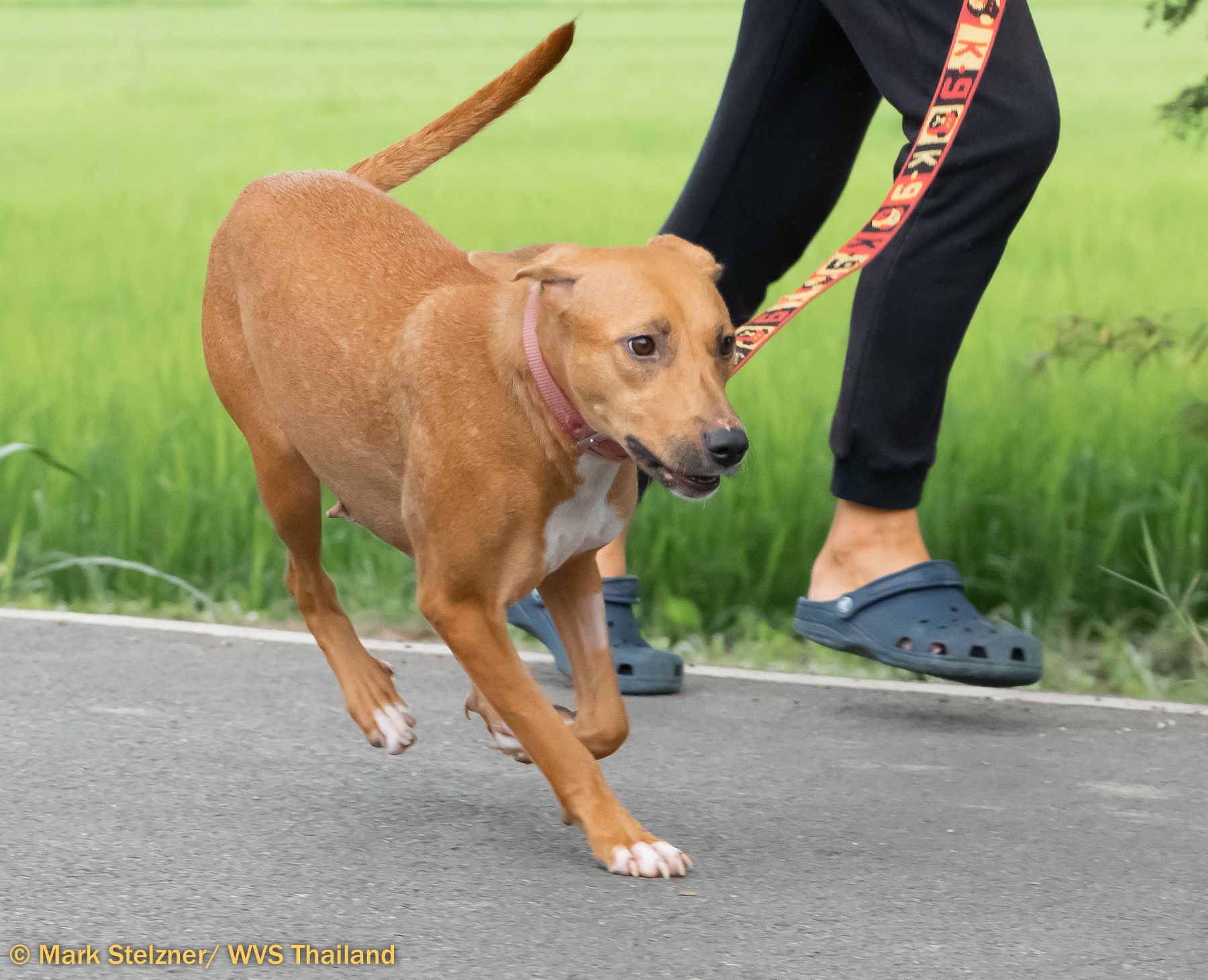 Now fully recovered, our team is searching for a loving home for this stray dog who, despite all the adversities she's faced, always has a smile on her face. Just like you, we believe she deserves a happily ever after. 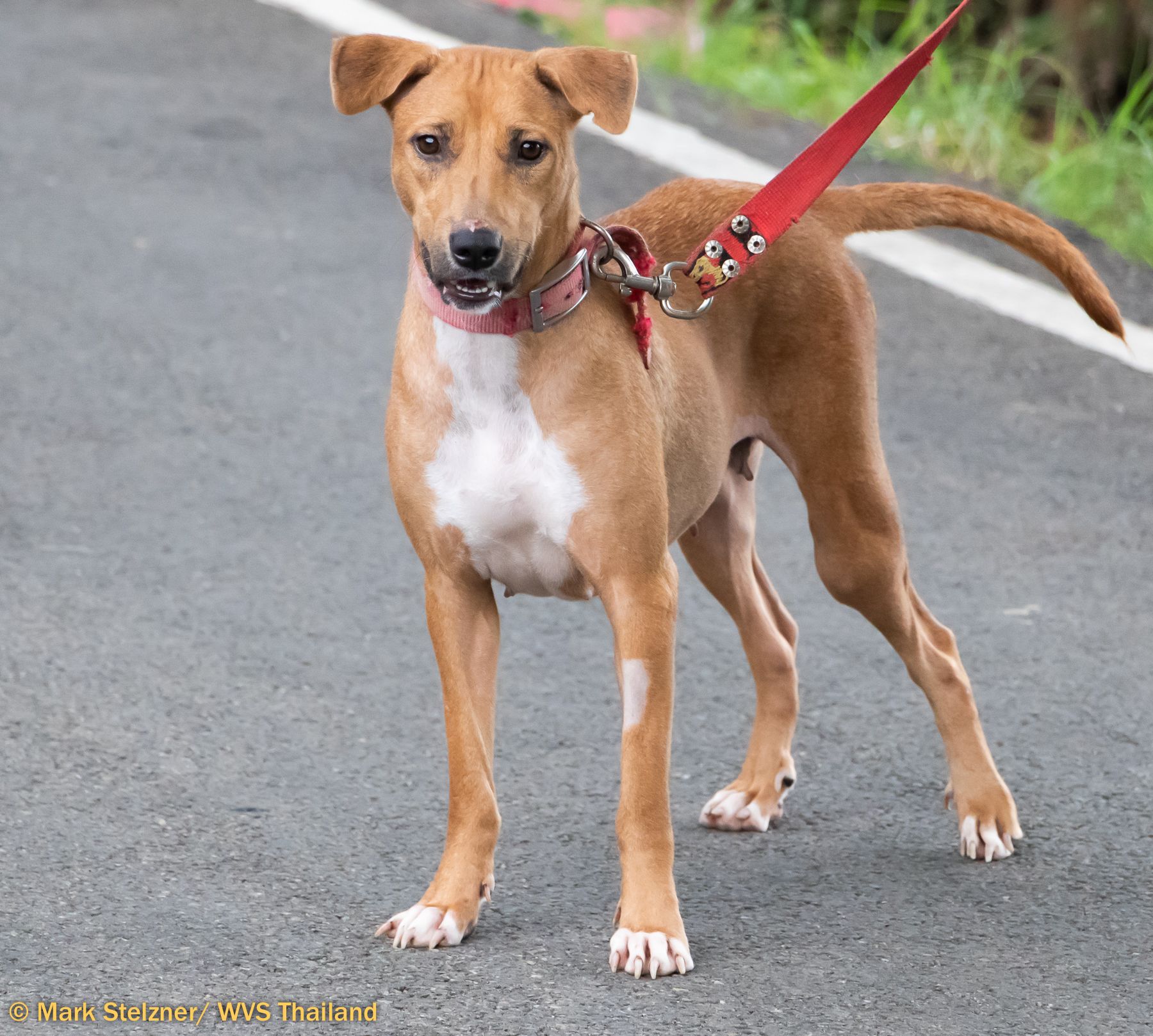