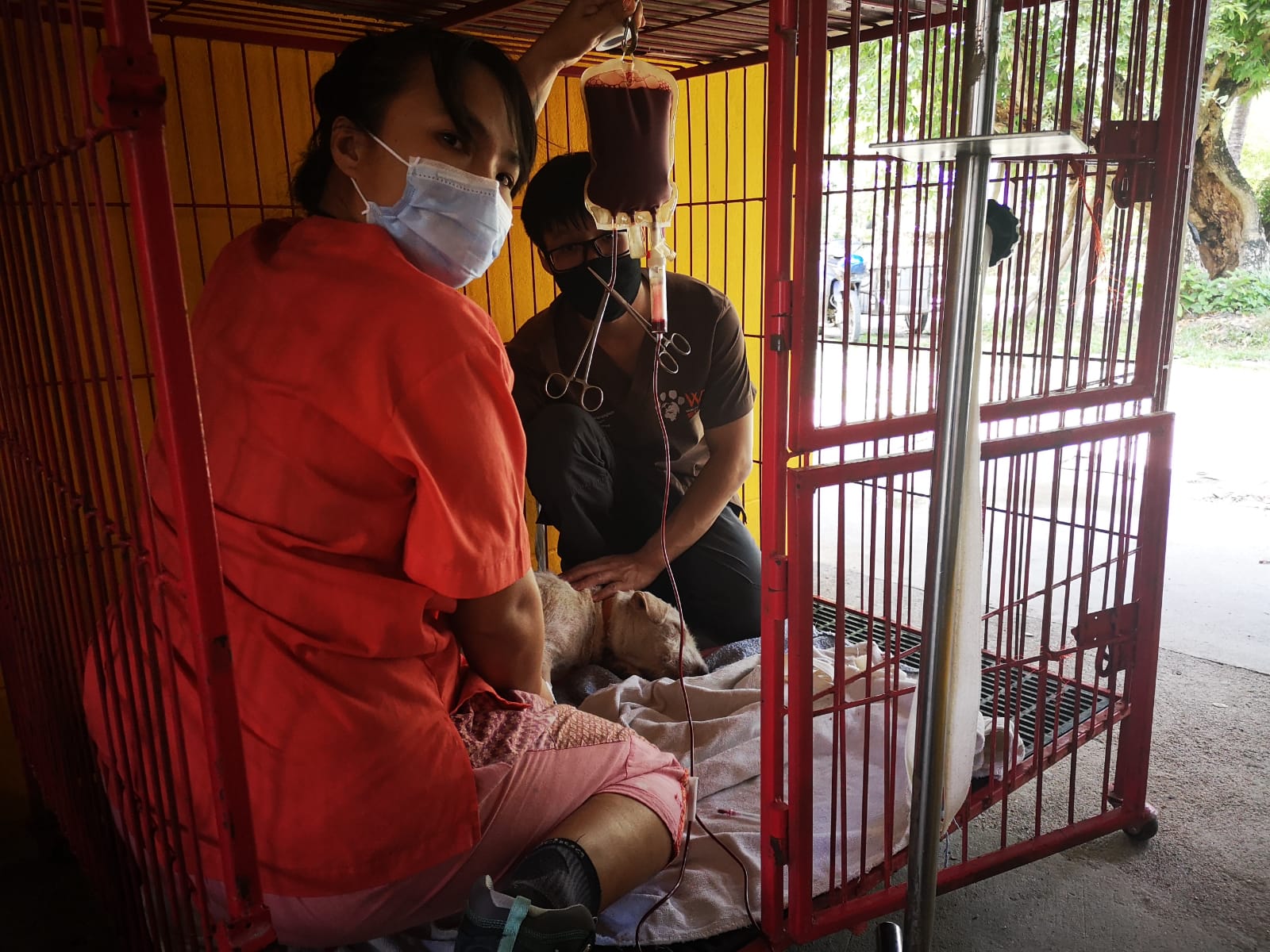 This Month in Thailand: Hundreds of surgeries and an expanding centre

Greetings from WVS Thailand, and from June's monthly report.

Despite the absence of international students and volunteers to assist, our team has powered on whilst in lockdown – and experienced one of our busiest months of the year. Throughout June, the team continued with sterilization operations, rescues cases, various surgical procedures as well as hosted our first Outreach Camp in months (to hear more about it, click here)!

First up, an update on our expanding centre in Chiang Mai. The construction of our new Intensive Care Unit is complete and over the next few weeks, we’ll be looking at furnishing the main building and the clinical area. For now, check out our shiny new kennels (pictured below) which are almost ready to house dogs in need! 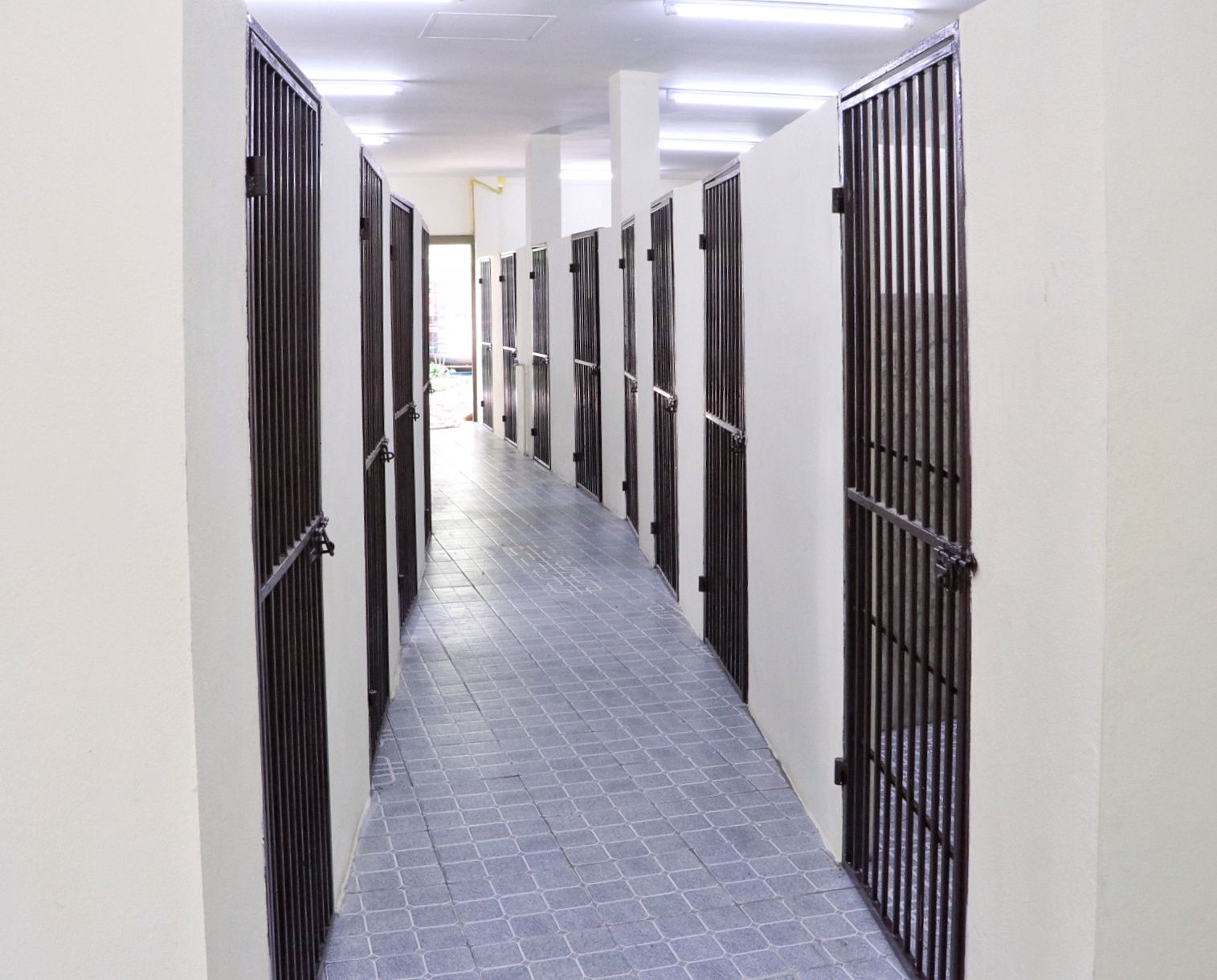 Next door, the team have been non-stop at our International Training Centre; operating on 463 dogs and 84 cats, treating 75 patients, vaccinating 565 animals against rabies and rehoming 6 dogs, all in June alone.

Let’s introduce you to some of the patients who made this month so special.

This is Stilgar, a young male dog who was brought to the clinic with several lead bullets in his left shoulder after he'd been shot. 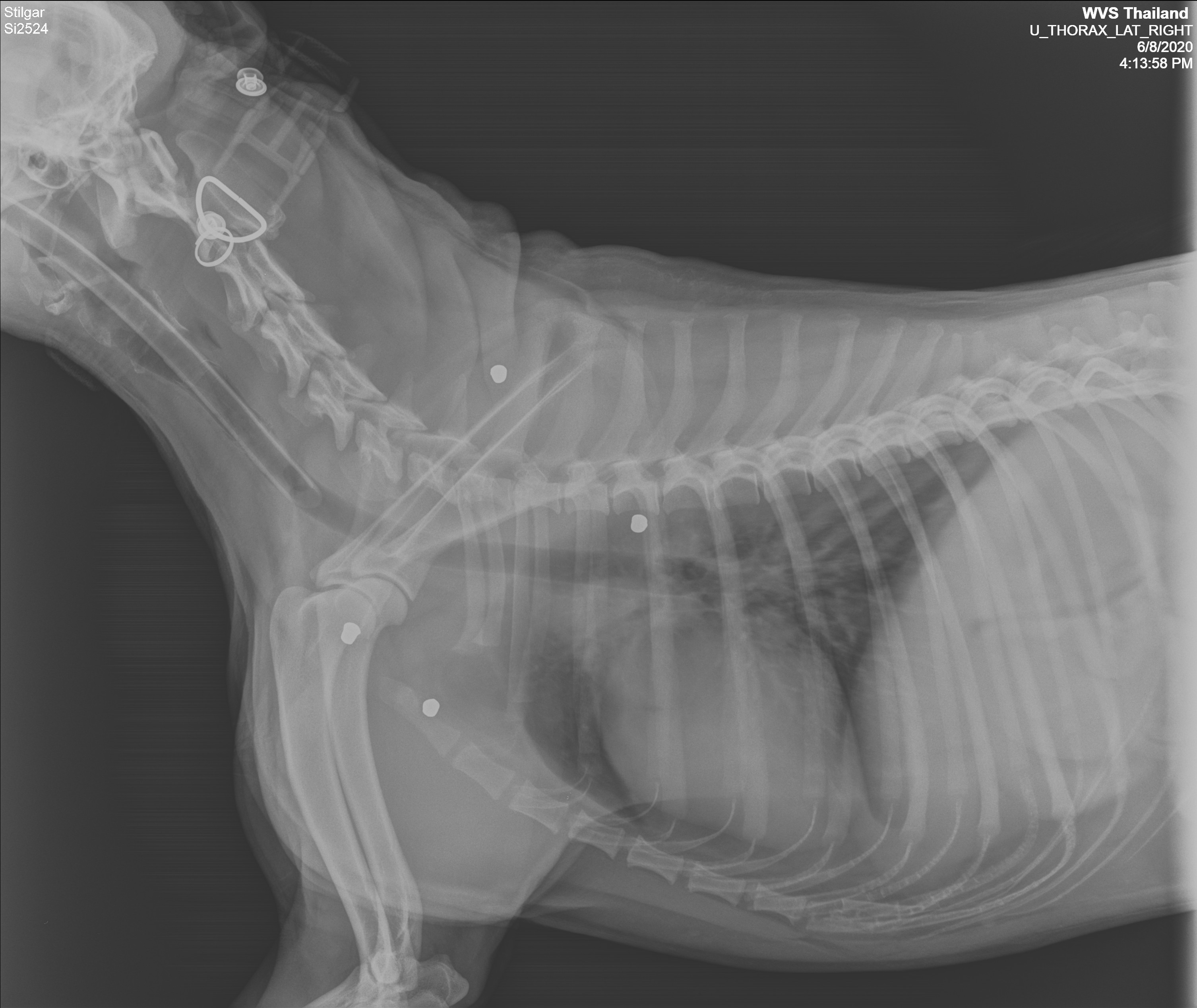 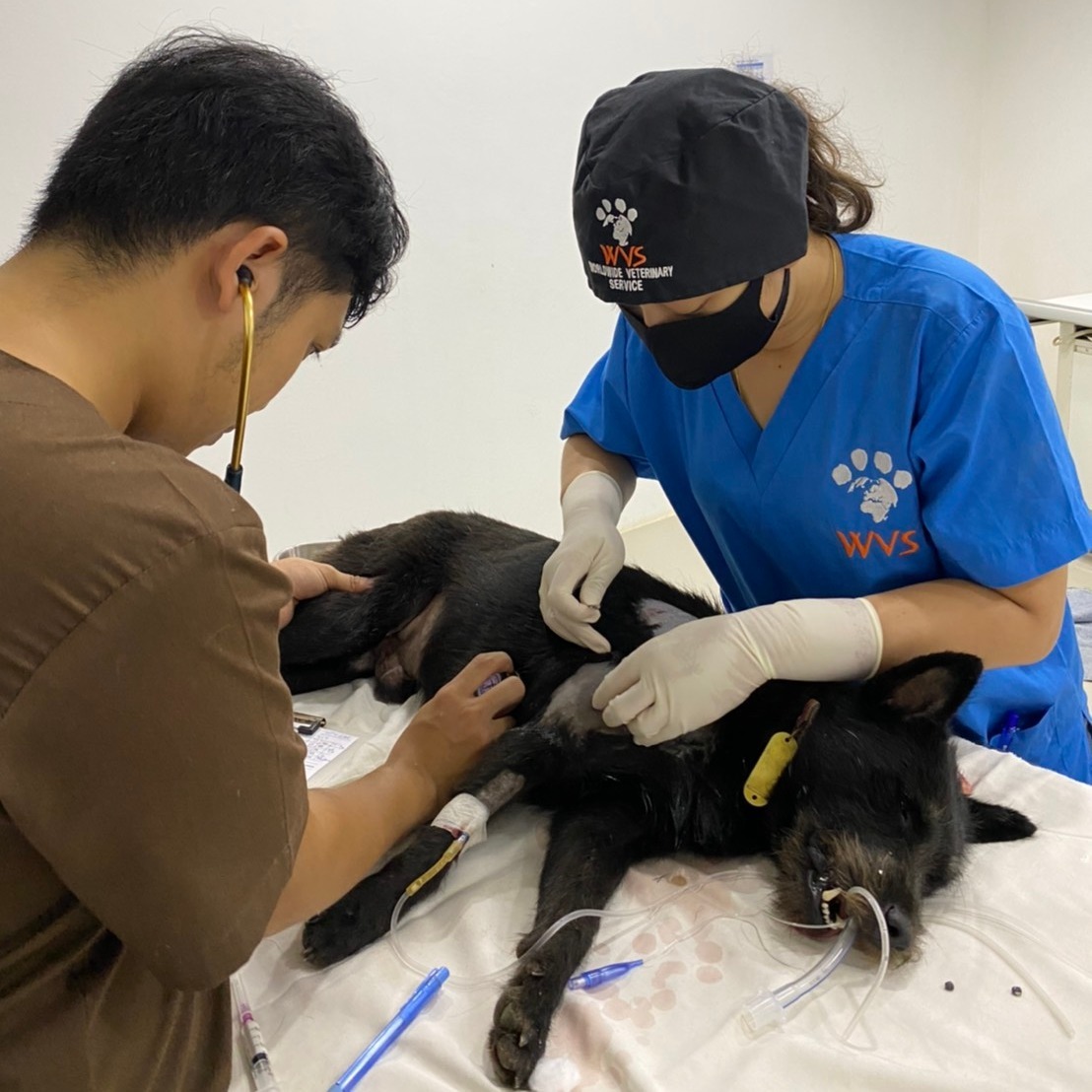 The team removing the bullets whilst Stilgar is under general anaesthesia 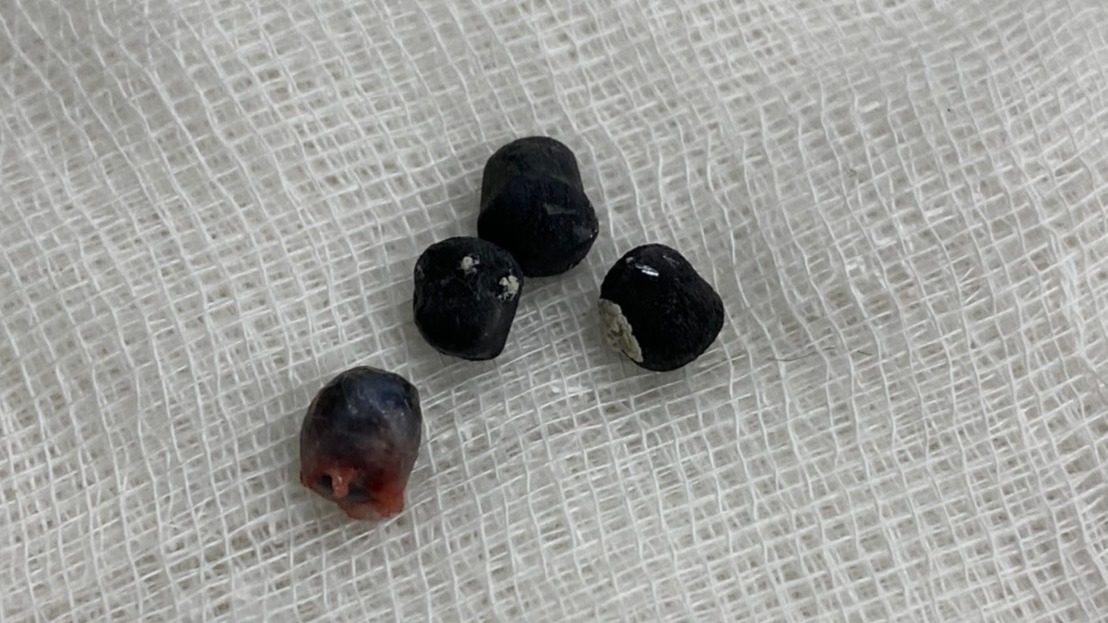 Dr Pang assisted by nurse Tae, promptly identified the bullets and surgically removed them. Within a few days, he was able to be returned home; lead-free, neutered, vaccinated!

Gilda, a lovely older dog, was initially presented to us after a car accident, with a broken pelvis. During her time with us, our Volunteers Coordinator Ms Tatiana noticed Gilda was having trouble eating and drinking – when she drank water, it would run out her nostrils! 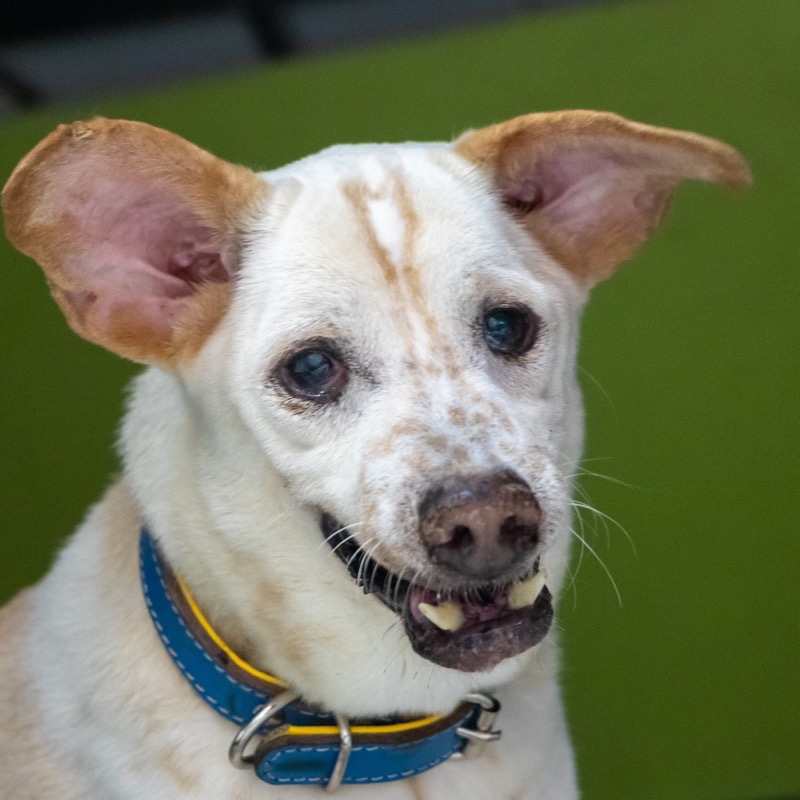 It was clear that Gilda was in pain, she refused to let anyone touch her mouth. The team investigated further and discovered she had very good reasons to be “mouth shy:” two bilateral oro-nasal fistula caudally to her upper canines, a likely consequence of untreated abscesses.

We removed both canines surgically and prepared a bilateral gingival flap to close both defects. 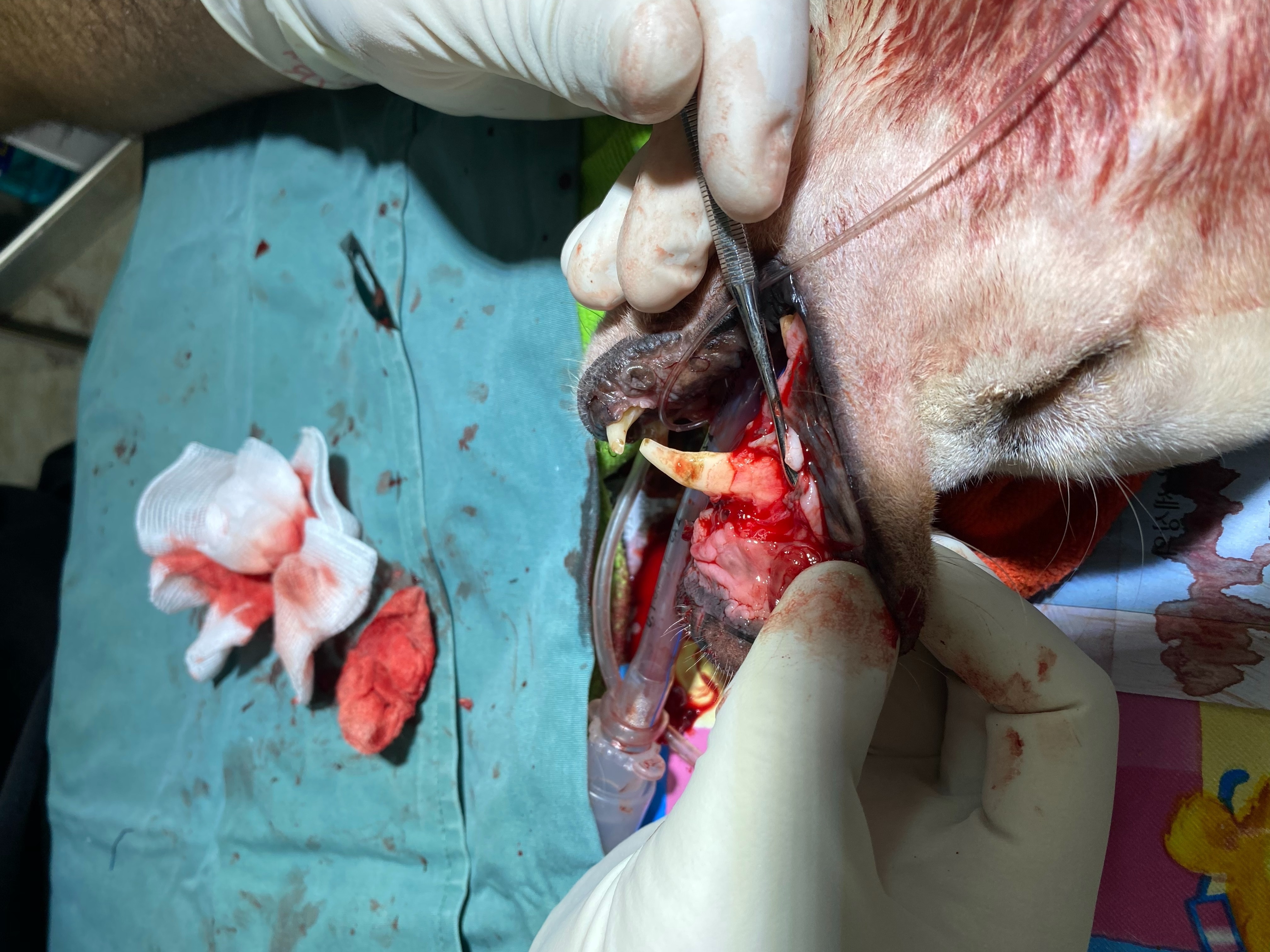 Gilda's surgery to remove her canines

Gilda’s quality of life improved almost immediately. Remarkably, she was able to eat straight after the surgery, and was suddenly more playful and friendly towards everyone.

As veterinarians, we know that not every disease will be present acute, clear symptoms. Sometimes a condition, or in this case an infection, can slowly but steadily, debilitate the patient. Alia the dog, is sadly a particularly good example of this.

Alia was originally brought in for a routine ovariohysterectomy (spay) but upon examination, the team grew concerned about the porcelain-coloured (pale) of her mucous membranes. A quick blood test in-house revealed her hematocrit was lower than 10%, with a very low platelet count.

This is where Ringo the dog, comes into Alia’s story. Ringo is one of our young and gallant resident dogs, and now, a brave blood donor. Within a couple of hours, we had arranged a blood transfusion between the two dogs. Superdog Ringo donated 450ml of his healthy blood to save Alia’s life. 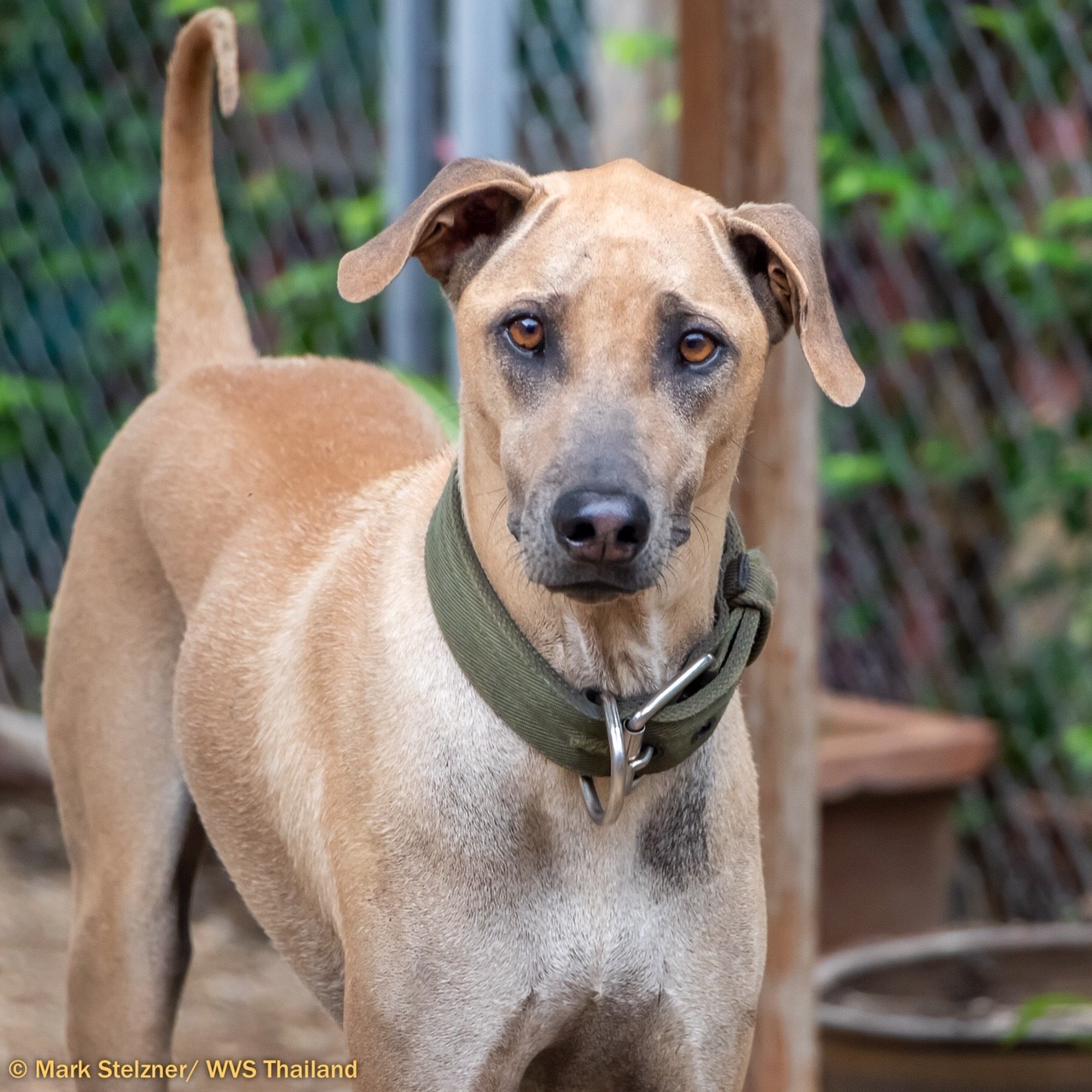 The transfusion bought Alia enough time to complete her treatment for Ehrlichiosis, a bacterial illness transmitted by ticks that causes flu-like symptoms, and for her body to recover from the blood infection. Alia has now returned to good health, and been neutered and released – all thanks to WVS Thailand and her buddy Ringo! 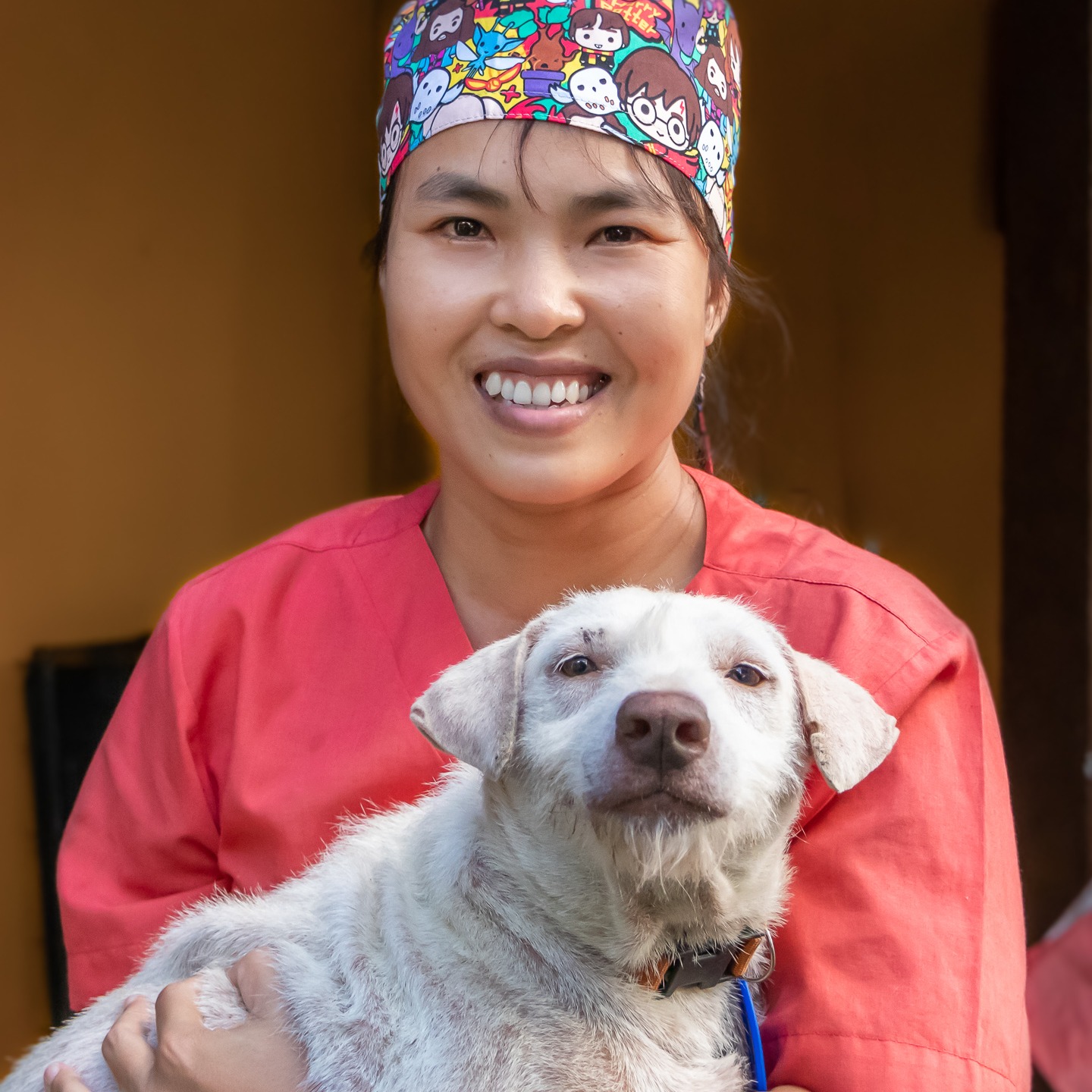 Alia, the dog and Khun Fon after the successful recovery!

You can help us treat, care for and rehome dogs like Stilga, Gilda, Alia. Please consider making a donation, starting a fundraiser or taking the time to volunteer with us. Your support, no matter how small, will make a big difference to our four-legged friends.

From everyone at WVS Thailand, thank you.