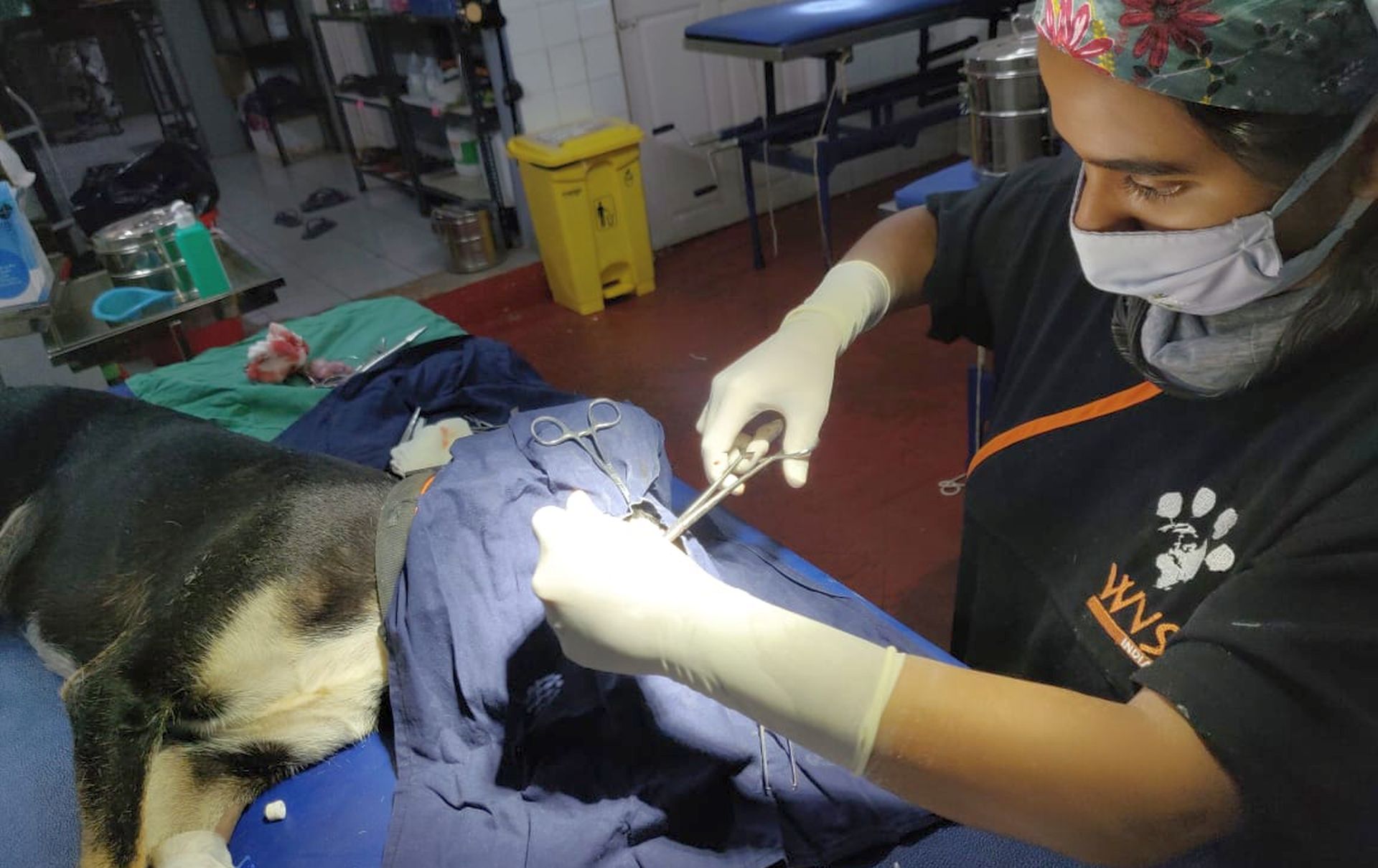 Mission Rabies, our sister charity, received a report that Rocky, a stray dog had been attacked by another dog on the beach. He'd sustained extensive injuries to his face; particularly on his right eyelid, where a deep wound was infected. Mission Rabies responded swiftly to catch Rocky and transport him to the closest veterinary clinic. 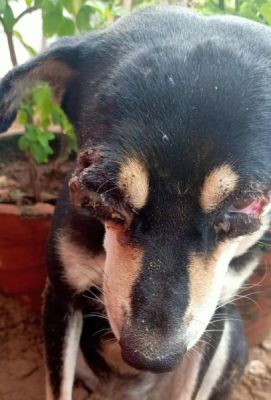 Rocky received wound treatment for several days and although his condition improved, his eyelids were damaged. Rocky needed reconstruction eyelid surgery. The decision was made to transfer the stray dog to the WVS Hicks ITC in Assagao, North Goa.

The veterinary team examined Rocky before admitting him to the kennels. To them, it seemed Rocky's injuries were as a result of getting his head stuck in a small space and pulling it out with force, causing serious damage to both eyelids. They scheduled Rocky's surgery for the next day.

Under general anesthesia, with the utmost care as to not damage the eyes, the veterinary team began the surgery on Rocky's eyelids. The left eyelid, which was not severely damaged, was debrided and cleaned and left to heal as an open wound. Then, the right eye was cleaned, debrided, surgically repaired and closed with sutures, to restore the lid's integrity. 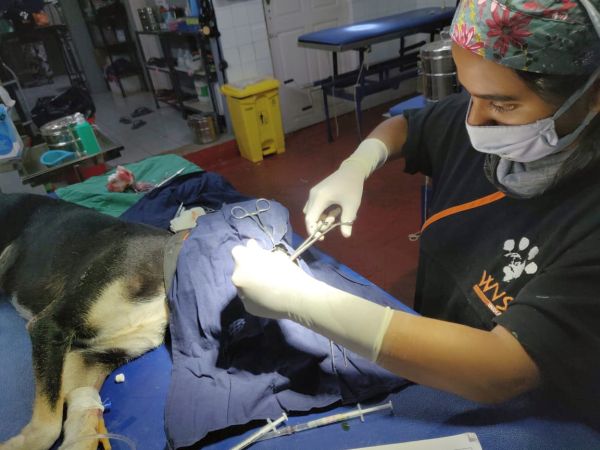 Rocky remained in care whilst he recovered, receiving eye drops, ointments, pain relief medication and lots of TLC. After ten days, Rocky's sutures were removed and to the team's delight, the right eyelid had healed remarkably. Rocky was ready to go home. However, despite being a stray dog, the team were concerned about releasing Rocky back to his territory, where he was attacked. Instead, Rocky was placed with a foster carer whilst the team searched for Rocky's new home, and within one week, they found it. 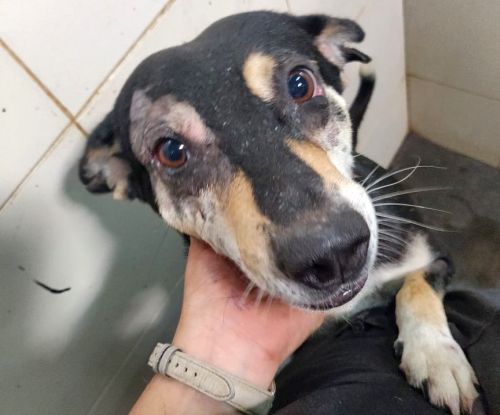