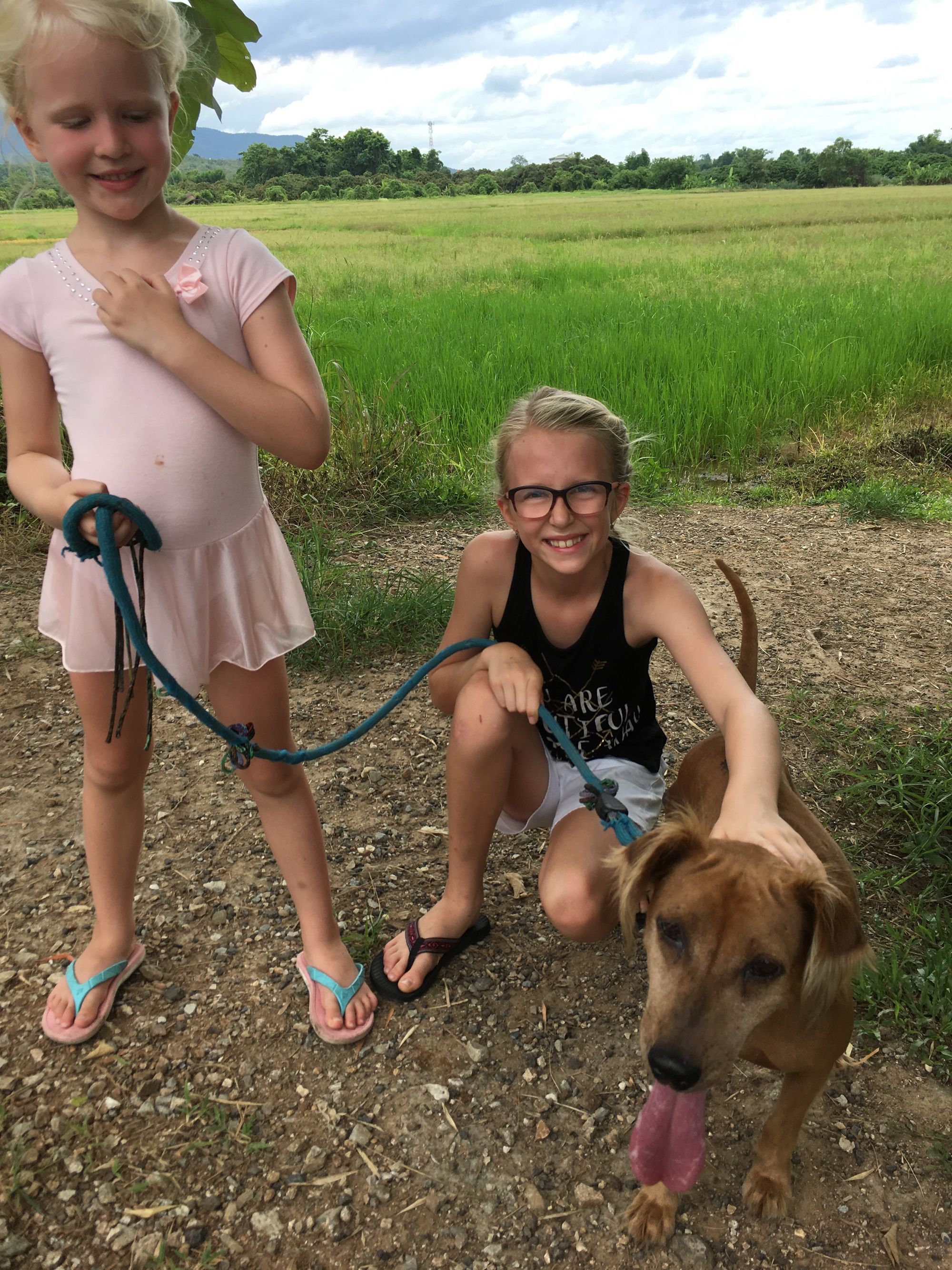 Meeting Nancy and Her Forever Family

As it’s Adopt a Shelter Dog Month, we’re profiling some of our incredible adopters! April Eichholtz and her family adopted Nancy from our Care for Dogs shelter in Thailand. We caught up with her to find out how WVS has helped them adopt a dog and give it a second chance at life! 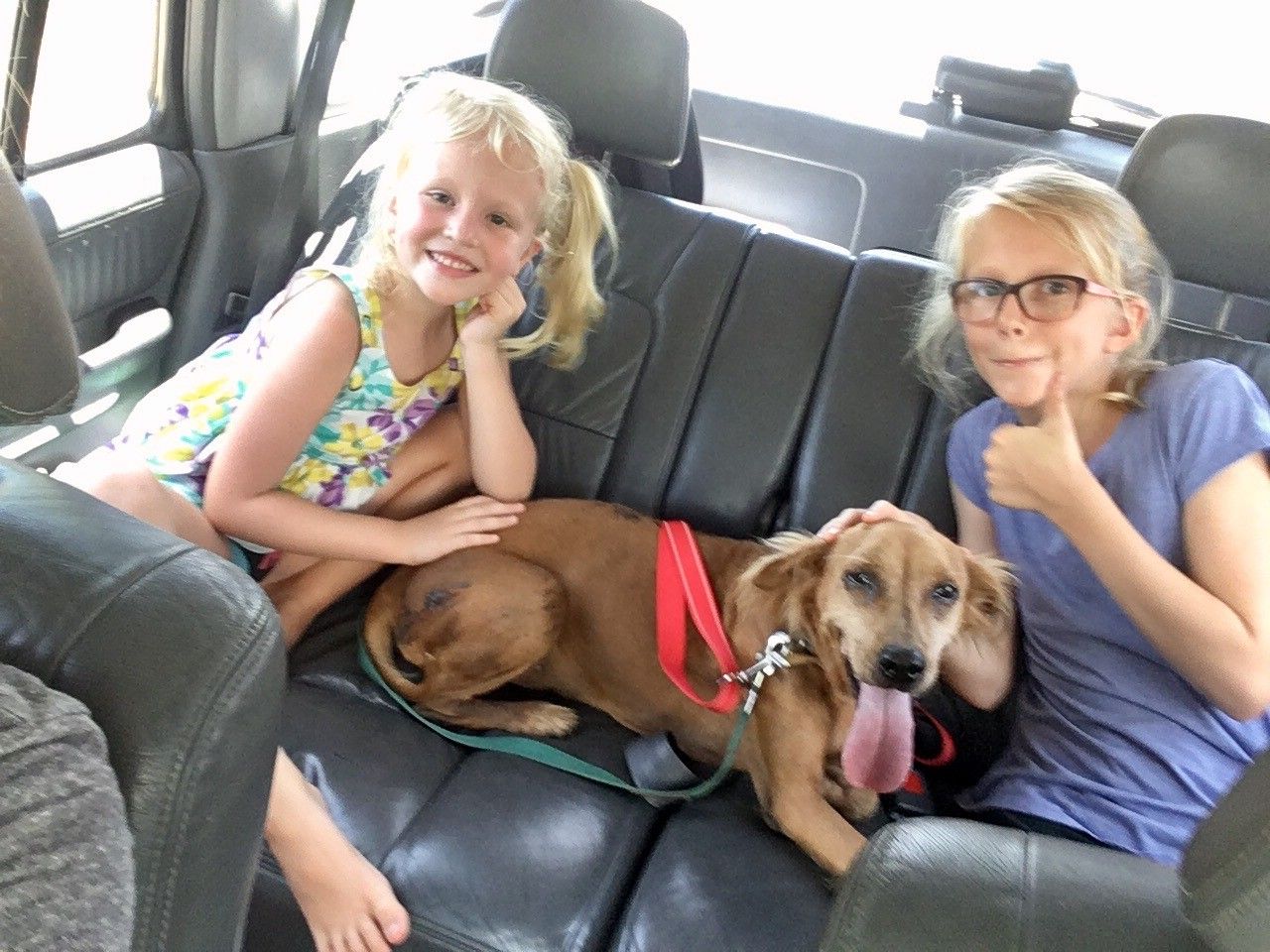 We are an American family who has lived overseas in Thailand for 6 years now. We have two girls, aged 11 and 5. Living out here in Thailand can be a very transient life, with new friends coming frequently and old friends seemingly leaving more often.  I started to notice my girls were closing parts of their hearts whether from protection against being hurt or from feeling like foreigners over here on Thai soil.

I had been doing research about service dogs and how they are training service dogs to aid people with visual impairments, veterans with post-traumatic stress disorder and children with autism.  Neither of our girls would classify for anything like this but I was convinced there would be a way that a dog could aid their healing.

We had never had a dog before, (living overseas always made that seem like an impossibility because our visits to America were for 2-3 months at a time every 2 years), so we knew that we needed an adult dog, non-aggressive, with a story that meant we could help her just as much as she would be helping us.  I was recommended WVS by a Thai friend.  They said they were hearing so many good things about the shelter and believed it would be a great place to start.  To my surprise, each dog at the shelter had a picture and a bio on the Care of Dogs Facebook page.  For about 2 months, I would read their bios and set aside dogs that I thought might be a good fit for us. 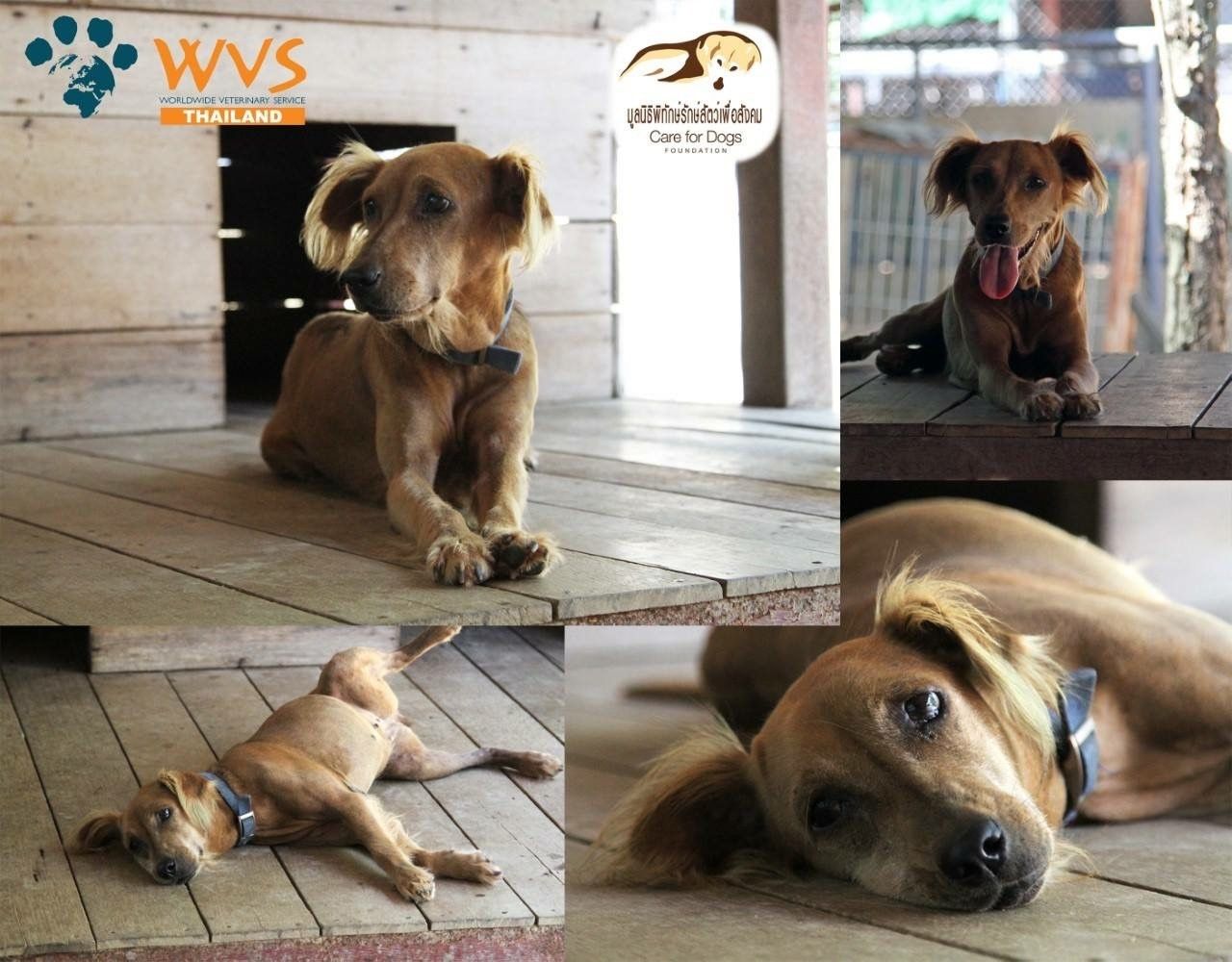 These were the first pictures that I saw of Nancy on Care for Dogs website! Nancy's backstory is a little sad.  She was rescued as a 3 year old dog from the dog meat trade.  Being rescued from that industry left her with a lot of scars, both emotional and physical.  It was likely that she was one of the mothers that was having babies to trade, due to how old she was when she was rescued.

She once saw a small stuffed dog of my daughter’s that resembled her, and she treated it as if it were one of her own puppies.  We are currently looking for a stuffed dog that looks just like her so she will be able to connect with it.  She also never played with a toy.  She doesn't understand anything about doggie toys and how to play with them.  It seems that she was never allowed to be a true puppy. 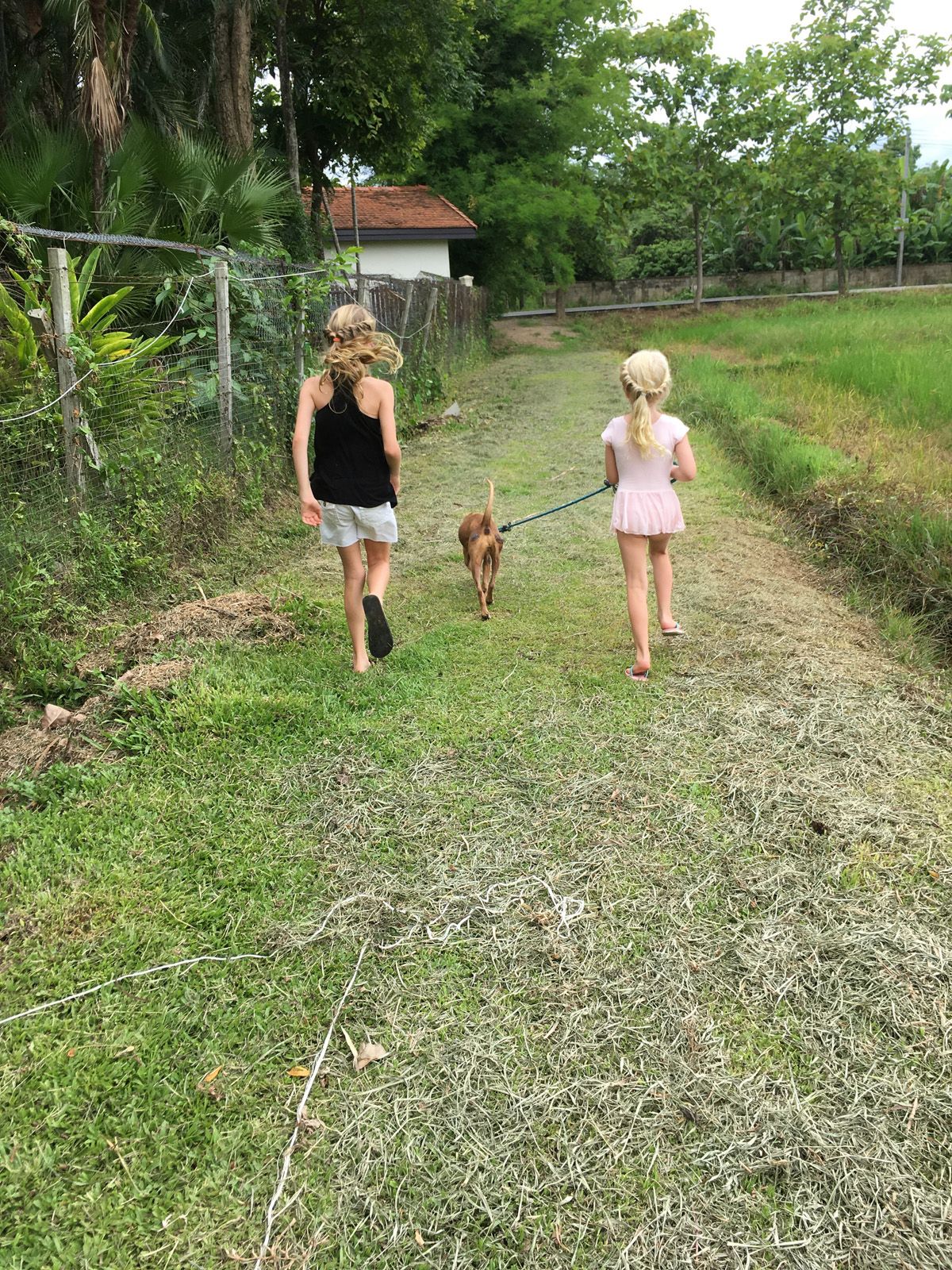 Lastly, she has scars on her back and her hips.  I believe those scars came as a result of being put in a cage when she was little and then she out grew the cage but was never removed.  Once rescued, she was immediately taken to the shelter, but she was overlooked by adopters because she was already a little older.  She stayed at the shelter for 5 years and quickly became a favourite with the volunteers.  They all knew and loved her. 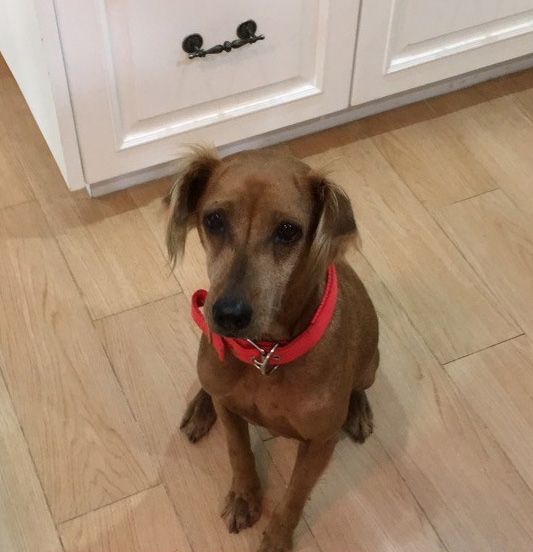 We visited with Nancy at the shelter about 5 or 6 times, making sure we gave her plenty of time to get to know us, and us her.  The first and second time she didn't seem to take much of an interest in us, but by the last visit, she would see us at the gate and run over to the volunteer with the leash.  She knew it was her time for a walk with her soon-to-be family. 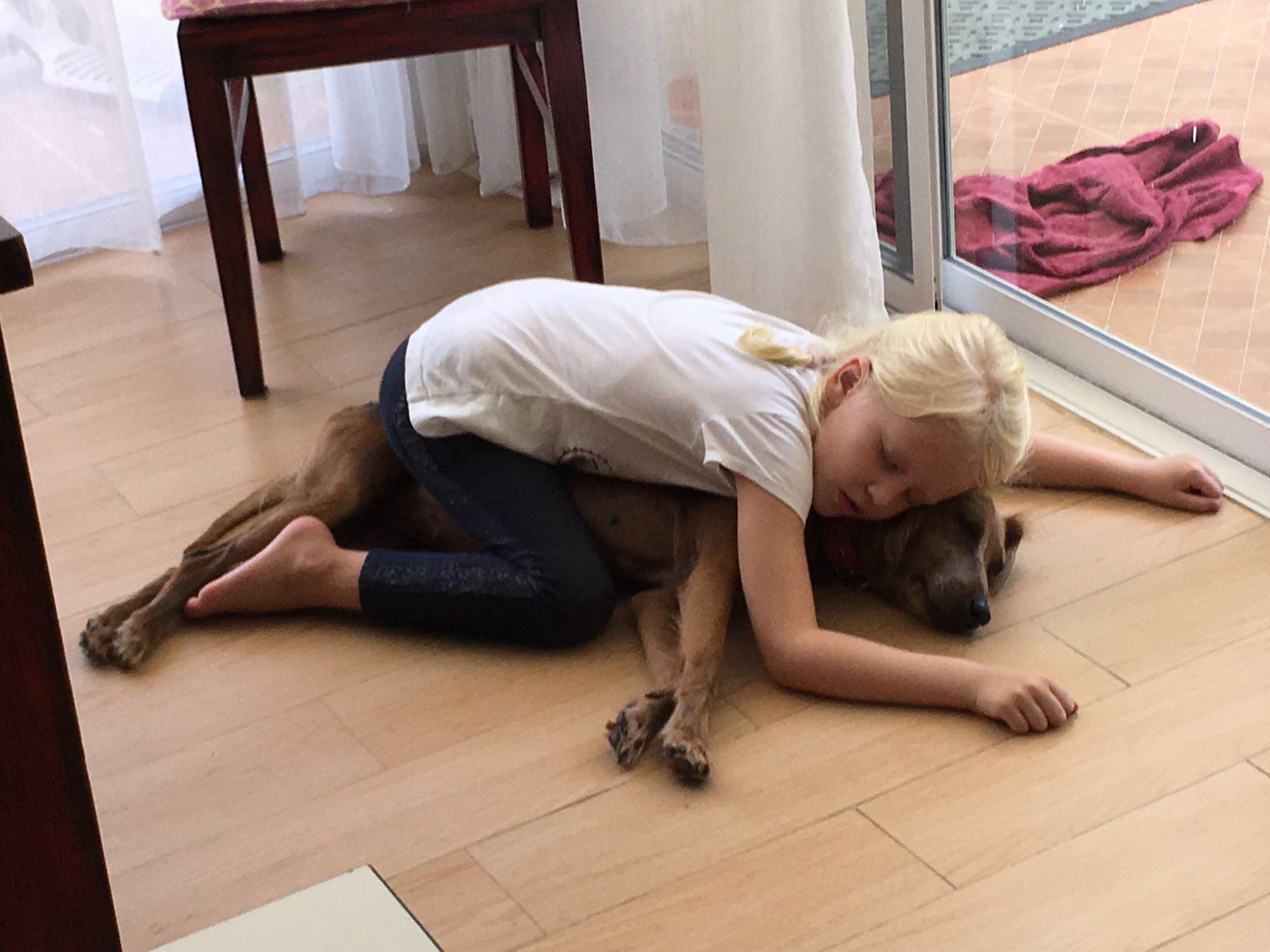 She has worked her way directly into our hearts.  She brings us so much joy and has taught us to open our hearts and helped my girls navigate their feelings and fears.  If one of them is upset or crying, she will walk over to them and show compassion to them.  Nancy has made living in Thailand seem more like home and has helped settle my bi-cultural kids.  Nancy loves us as we are.  We only hope that she will be able to say the same of us! We thought we were rescuing a dog and giving it a second chance at life, but it turns out that Nancy was rescuing a family too.