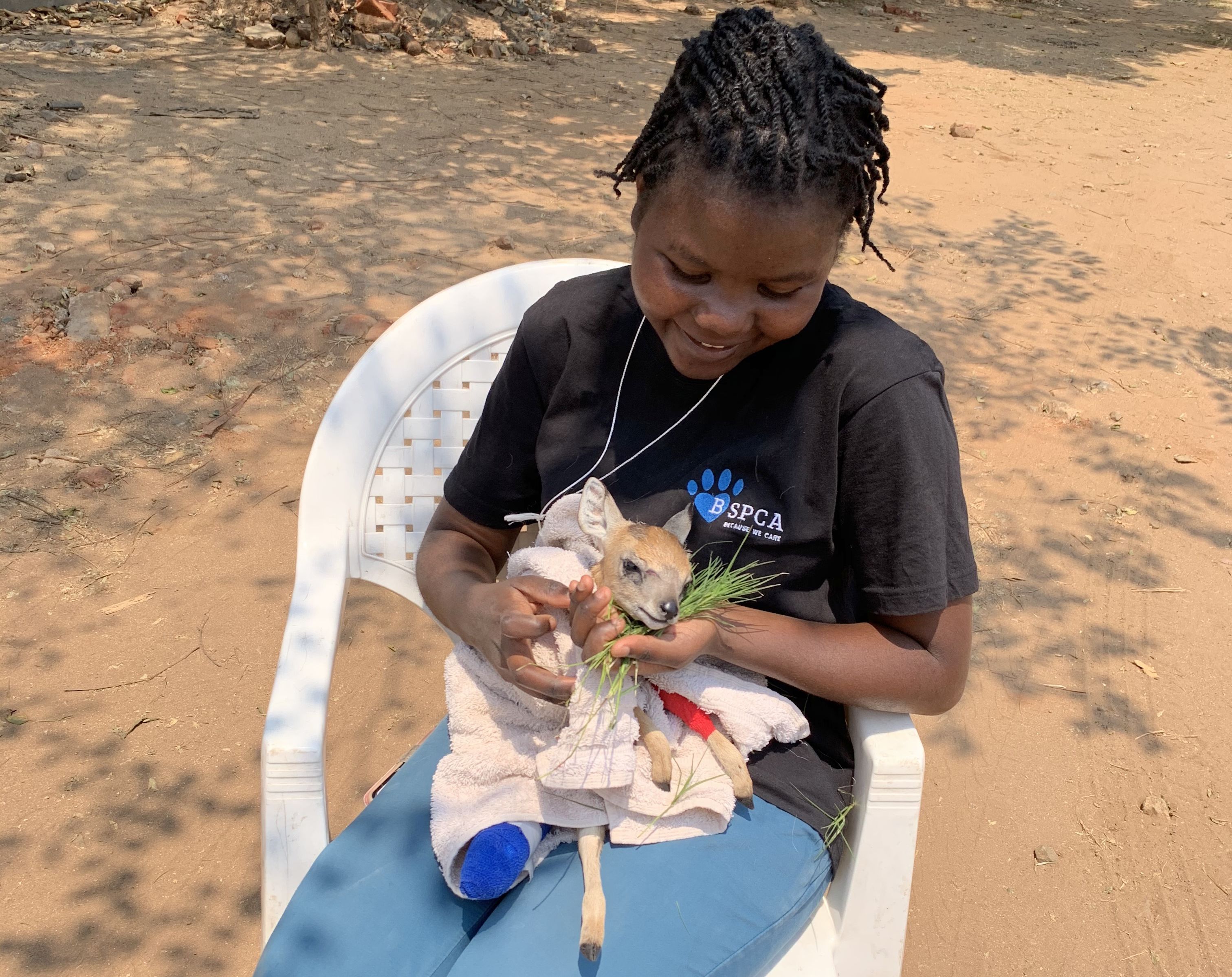 Malawi: Trying everything to save a small antelope from a snare injury

A grysbok, a small antelope, was picked up from the side of the road in Malawi and brought to our clinic in Blantyre for expert help.

Grysboks are very small and shy animals who usually try to avoid people. But this young adult had been caught by a snare and broken its leg, and was now unable to run and hide. A member of the public saw the animal in distress and came to its aid. 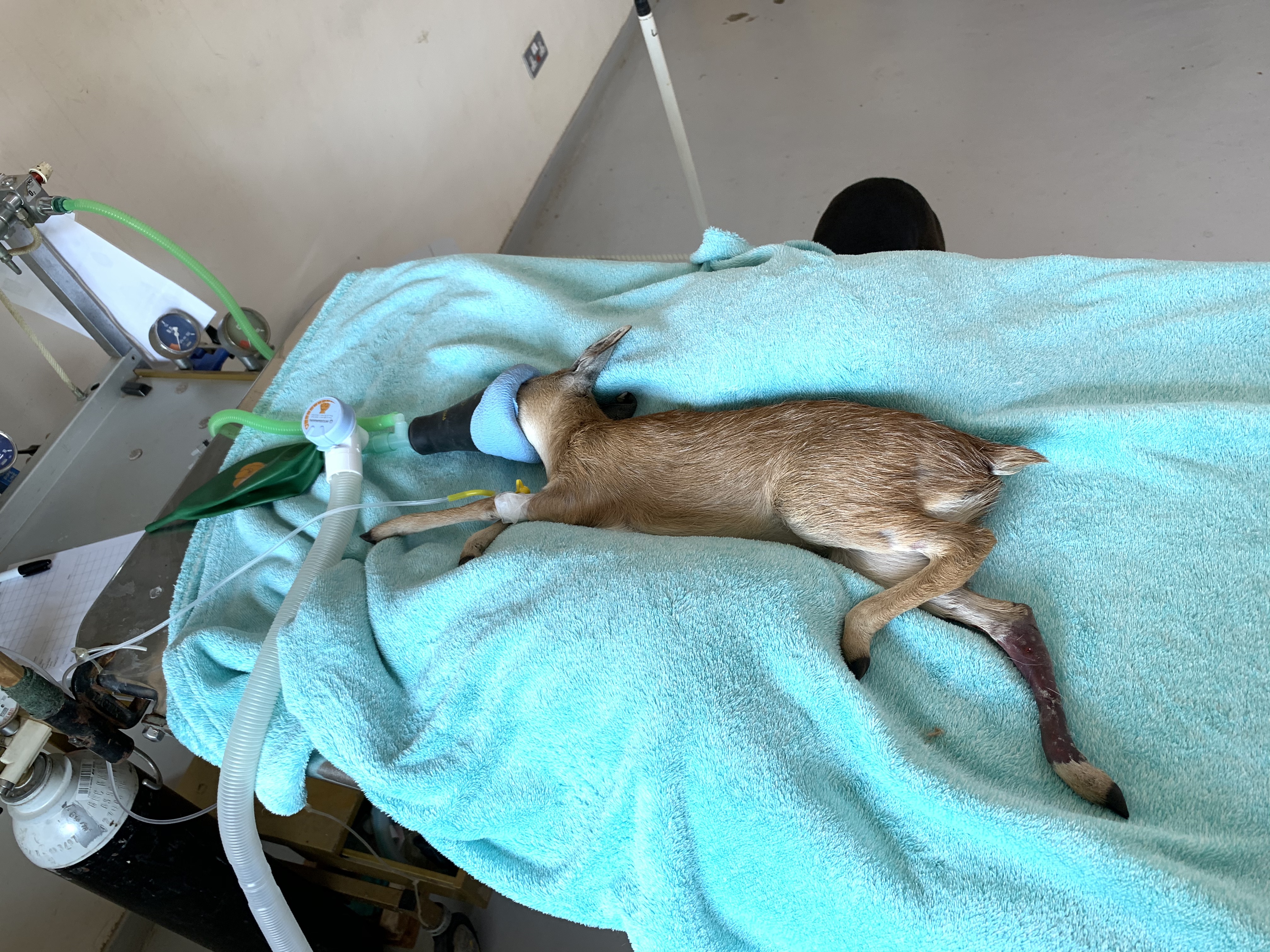 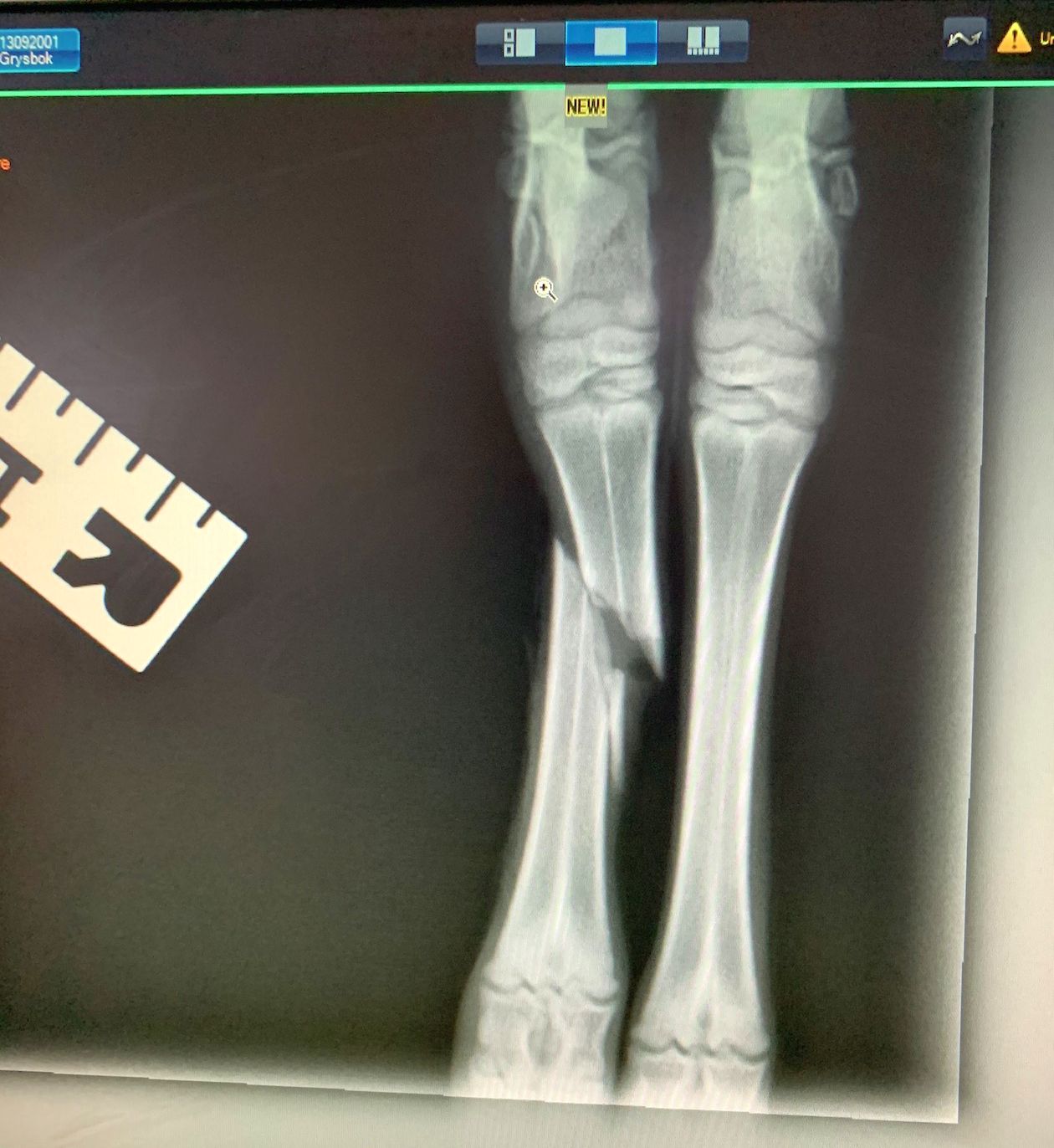 At the clinic, whilst under general anesthetic, Dr. Dagmar repaired the fracture by inserting a surgical pin into the damaged bone, to hold it in alignment and allow it to heal. 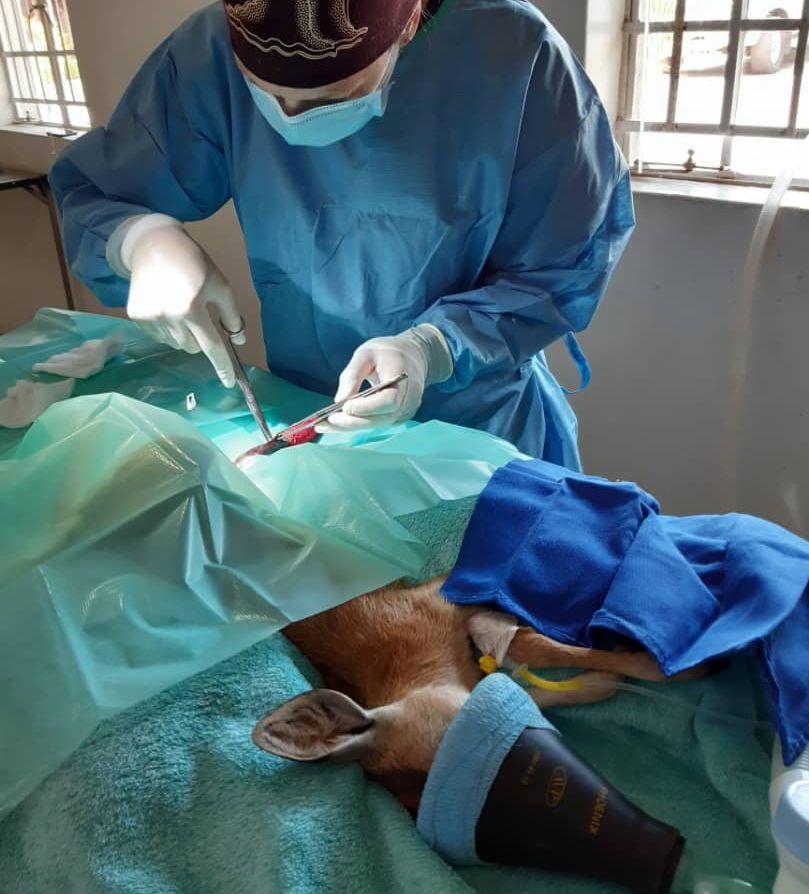 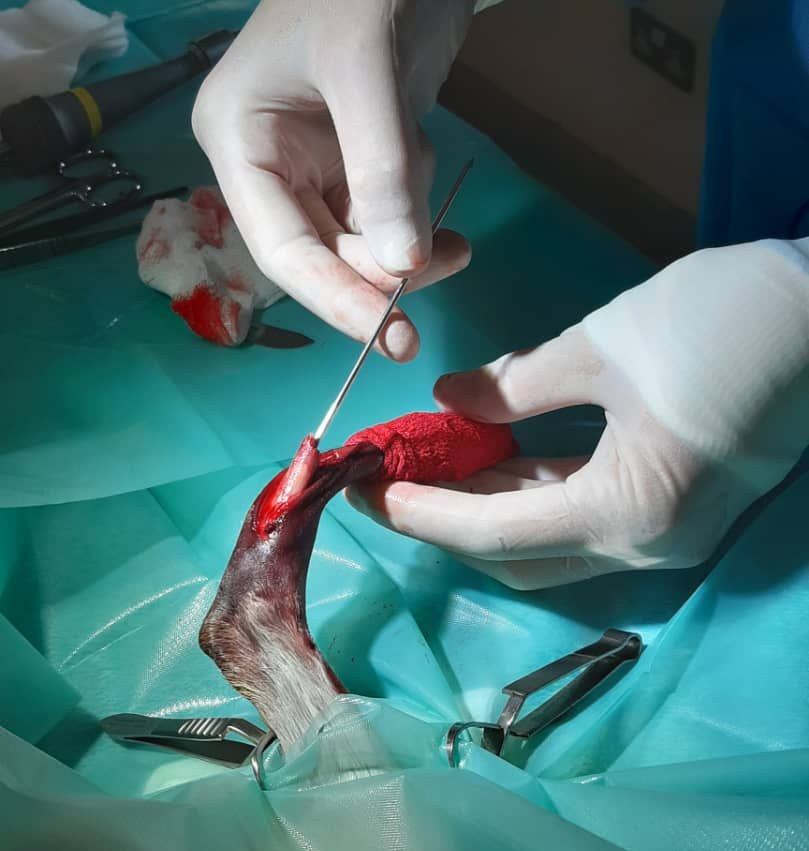 But sadly, even with the orthopaedic surgery, the snare had caused a lot of soft tissue damage to the limb, which meant that the bloody supply to the distal leg was restricted, and there was little chance of the animal making a full recovery, with its leg intact.

The team waited patiently. For four days, they cared for the little antelope round-the-clock, feeding his hungry belly and treating his injured leg. At first, he appeared to be coping well and eating fine, but despite their best efforts, his distal limb remained cold. 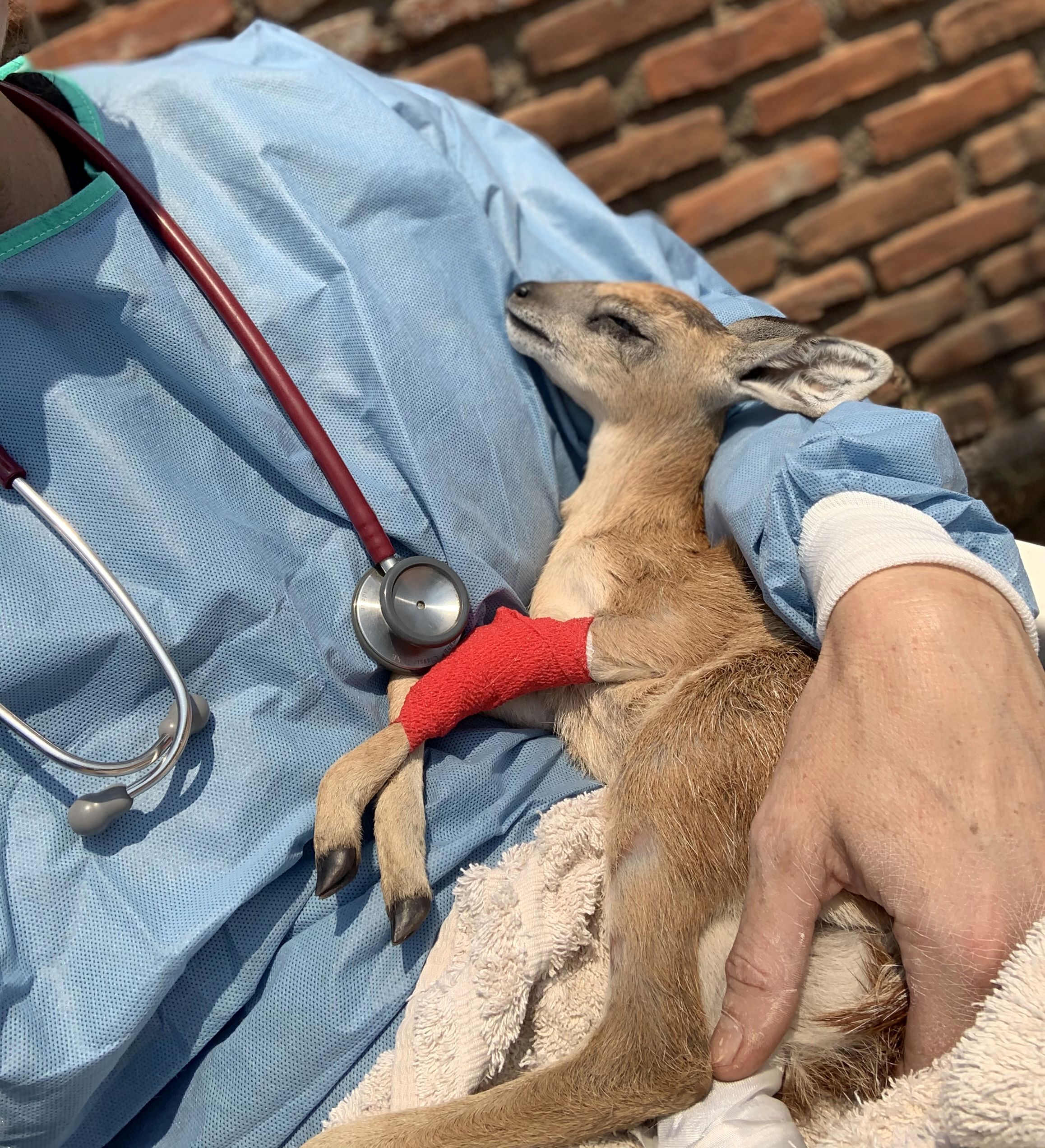 The team began contacting local private wildlife parks to see if anyone could take on a three-legged grysbok, should they have to amputate the affected leg, and he will require life-long care. 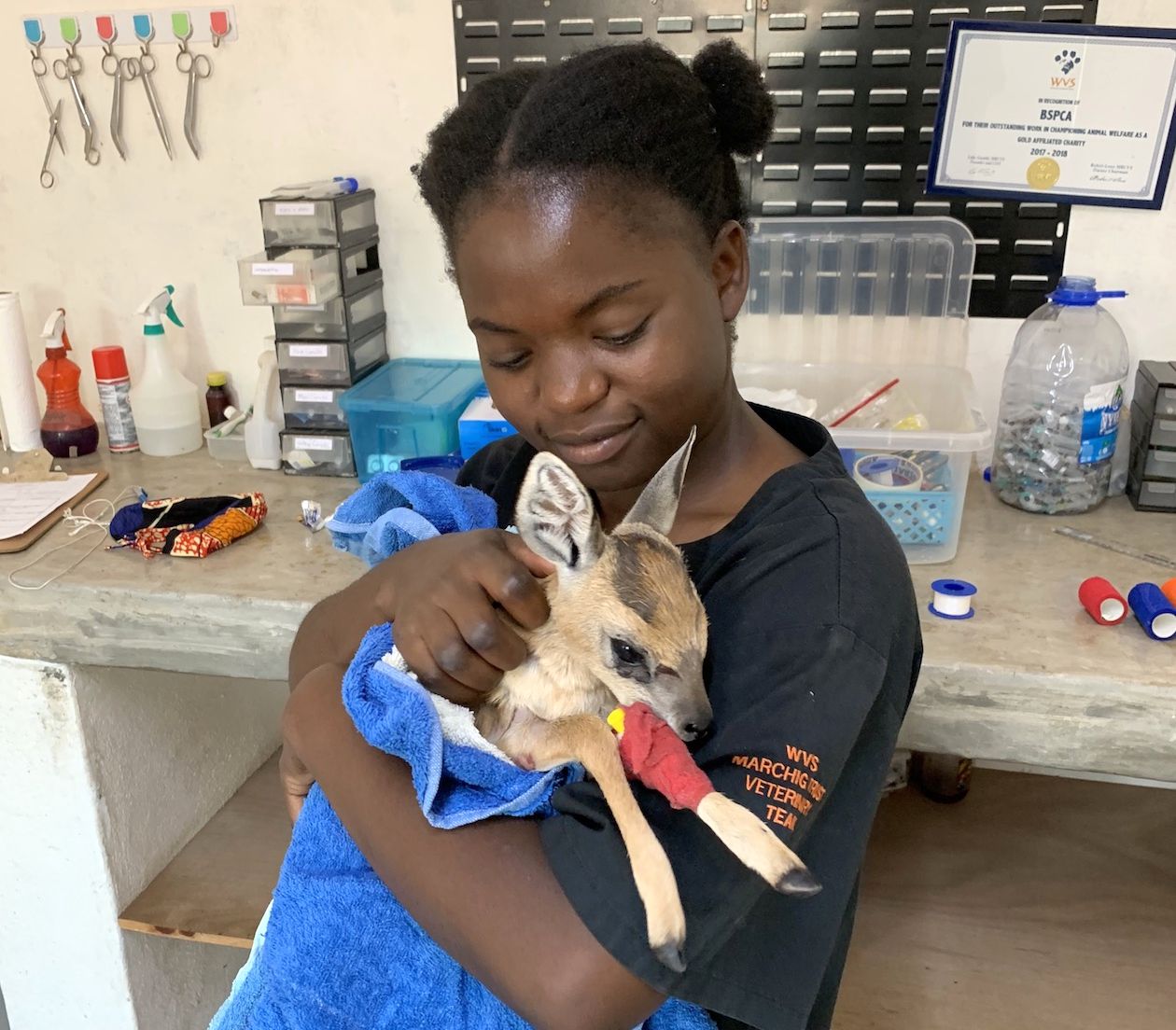 But suddenly, before they could find him a suitable home, the tiny patient took a turn for the worse. He became lethargic, stopped eating, and within 12 hours, he had passed away.

Although heartbreaking, this outcome did not come as a surprise. Many wildlife specialists have spoken about the difficulties with treating little antelopes, and the fact that many don't survive in care.

Our veterinary knew these risks, and did all they can to save the grysbok despite them – and they'll no doubt do it again for the next patient in need.