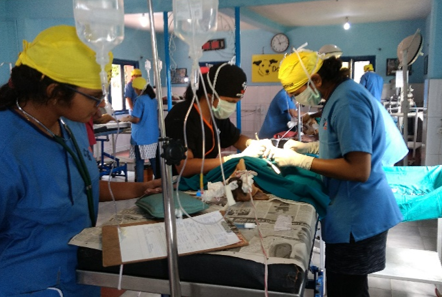 The time has come to say goodbye to Ooty and head off to a whole new country (my first international trip) and I’m so excited! What an amazing time I’ve had at WVS ITC India. It feels like home away from home, surrounded by green hills on all sides and loads of animals to keep you company. As usual three months seems to pass by in the blink of an eye. 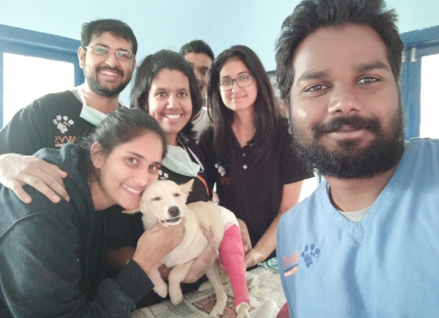 At Ooty, I am part of the amazing team of vets that trains veterinarians and vet students in best practice for spay and neuter surgeries in a two week long course. It’s a lovely opportunity to be able to meet so many people from all over the world and to teach them as well as learn new things from them. When working at WVS there is something new that I learn every day. Every two weeks we are assigned a different role (apart from training) such as being in charge of kennels and medicine stock, instrument care or running the clinic. As a result, apart from enhancing my veterinary skills, I also get to learn a little bit of management and accounting.Each day at the centre, we spay and neuter around 22-24 dogs, treat the dogs that are inpatients in the kennels and do the morning and evening rounds for the dogs that have been operated the previous day.

We also get a lot of interesting rescues and emergency cases at the clinic. A few of these were really super interesting, and I was lucky enough to be a part of the surgery team.

My most interesting case to date was a grade 2 medial patellar luxation in one of our rescue dogs (Jasmine). This was a challenge and at first we had considered amputation of the leg as she was not bearing weight on the leg and would feel a lot of pain when we tried to examine it. However, I had previously seen a trochlear wedge recession being performed for a similar case while at University and after reading up on it, decided to give it a try. The team of vets in Ooty were super supportive and we performed the surgery which turned out to be a success. The surgery was followed by a period of rest for two weeks and then physiotherapy (30 minutes a day) along with joint supplements. Jasmine now happily runs around and plays with all the other dogs at the centre with not a care in the world. This has given me the confidence to approach more complicated orthopaedic surgeries and without a doubt, the satisfaction of seeing Jasmine play with the other dogs is the icing on the cake. 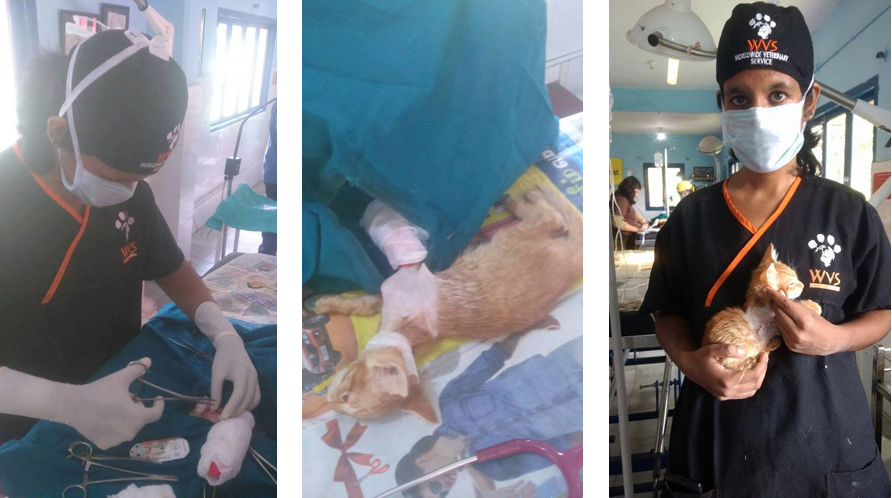 Another extraordinary care was a forelimb amputation in a 600gm 1.5 month old kitten. The kitten was brought in to the ITC clinic having had a vehicle run over the leg the previous day. On examining the kitten we found a comminuted fracture of the radius with a really badly injured paw and so we decided to amputate the forelimb. Anaesthesia was probably the most difficult and crucial part of the whole procedure, however under the guidance of Dr. Ilona and along with Dr. Ishan (who monitored the kitten throughout the procedure and ensured a smooth recovery) we were able to amputate the leg in about 40 minutes and without the use of antibiotics.

Other cases were a Labrador with an oblique femur fracture, for which we did an intramedullary pinning and the animal recovered beautifully. We also had a few mammary tumour excisions in some of our dogs brought in for spays and hernia repairs. 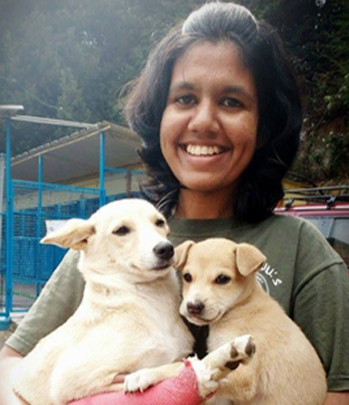 At the end of every course, we had a party with a wide variety of Indian dishes. This was the fun part where we dance the “badaga dance” (a local tribal dance in Ooty) and get to see a lot of interesting performances from the students (vet imitations, group dances, songs, mimes and group games).

During the three months, we had two courses with international students. On the Saturday of both these courses we went to different places in and around Ooty (Gudalur and Masinagudi) where we vaccinated around 650-700 free roaming and owned dogs against rabies, all for free. This is part of our annual vaccination of the Nilgiris, which ensures the continuation of the rabies-free status since the past couple of years. 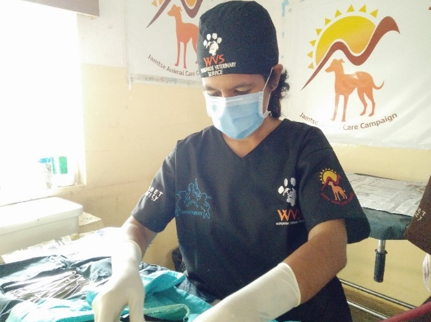 Adoptions are another of my favourite things at the ITC Ooty. We are lucky enough that every puppy that comes in always gets a loving home and adopted within a couple of days. We make sure that all the puppies that leave us are vaccinated, dewormed and given flea and tick treatment as well as a date to come back for spay/neuter surgeries.

While at Ooty, we were treated to a lovely weekend at IPAN where Dr. Ilona and her husband Nigel, hosted us at their farm house. Surrounded by greenery, mountains and a lot of animals (sheep, goats, donkeys, horses, cats, dogs and even an elephant) it was literally paradise. We had a few team building sessions on Saturday evening and Sunday morning followed by a riding lesson. This is the only time I have ridden a horse (which was scary but pretty awesome) and it has helped me immensely to get over my discomfort being around horses. We also had mouthwatering home cooked food and ice cream, and a barbeque that night.

Making sure we stay in the best of health so that we can work better, all the WVS staff took part in a 10km Ooty Heritage run. That was a tiring day, but being able to complete it in an hour and a half was the best feeling ever! We also have regular yoga sessions at the ITC after surgeries and lectures, headed up by Dr. Vinay. 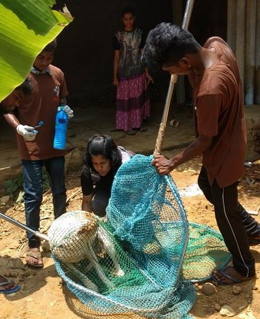 Another highlight of my three months in Ooty was the two weeks that I was able to help out Dr. Hari at the Jamste Animal Birth Control Campaign, at Kollegal. It is one of our ABC projects in a Tibetan settlement in the neighbouring state of Karanataka. In spite of the difficult conditions (power cuts every day from 7am to 7pm), the team of dog catchers and vet assistants did an amazing job of ensuring that everything ran smoothly and Dr. Hari and I were able to spay/neuter 250 dogs in two weeks.

Working with WVS also gives me the time and opportunity to paint (one of my hobbies) the walls of our centre which serves as part of the local awareness about the work we do.

All in all, Ooty has been yet another amazing three months and I can’t believe that I’m already a quarter of the way through my internship.

Super excited and a bit nervous is probably the best way to describe my feelings towards my next leg of the internship: my first international trip to the WVS ITC in Chiang Mai, Thailand. From starting in a small village in Goa, working with WVS has taken me places I would not normally have even dreamt about and joining the WVS team has by far been one of the best decisions of my life.