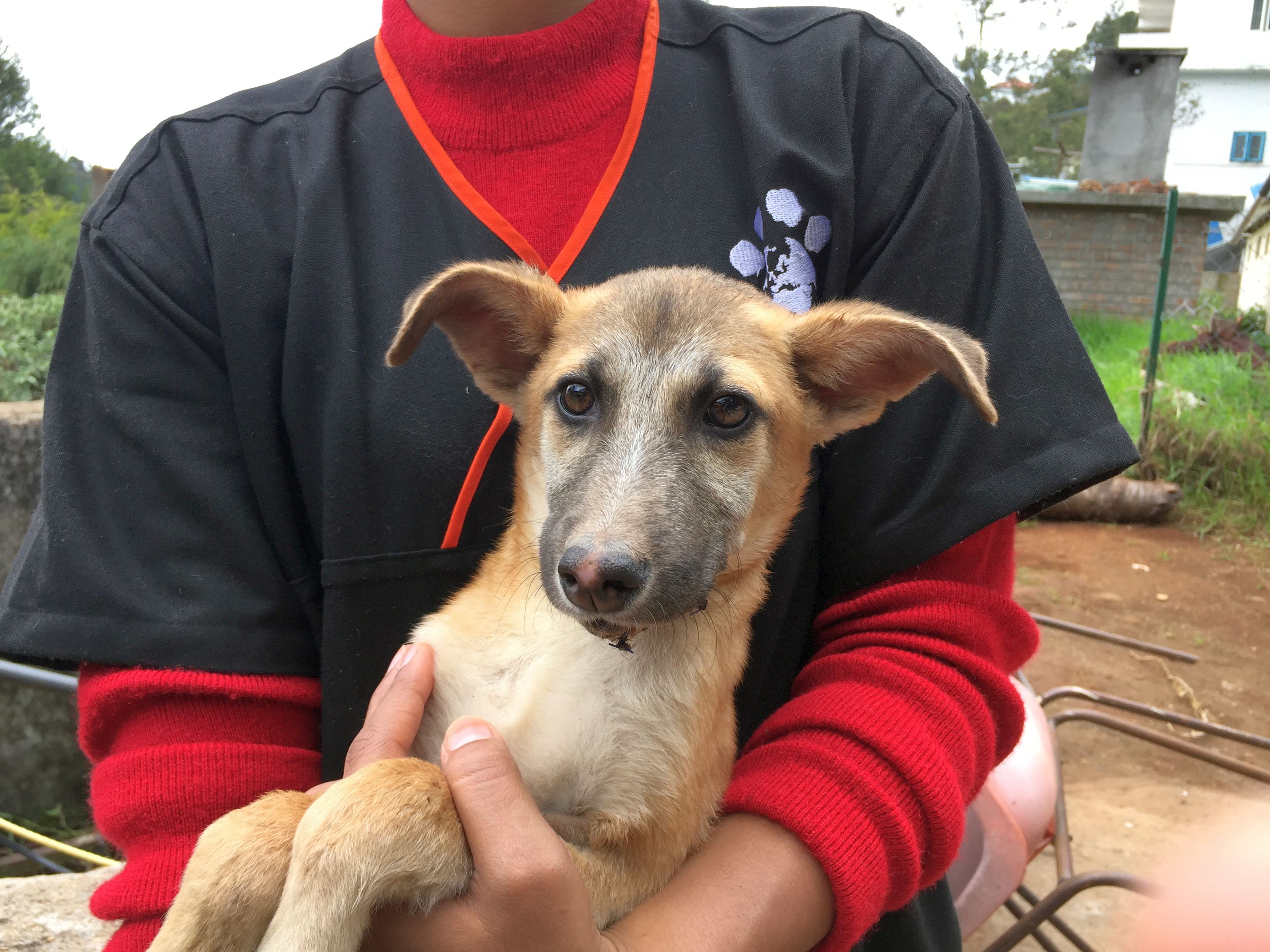 India: Rebuilding a puppy's lower lip after it was ripped off in boar attack

Kutty, a four-month-old puppy in India, was playing outside when a wild boar appeared from the bushes and charged at him. Luckily for Kutty, his caretakers were nearby and acted immediately, scaring off the wild animal, and undoubtedly, saving his life.

But Kutty hadn't escaped injuries. The boar has bitten off Kutty's lower lip, resulting in severe blood loss and excruciating pain. His caretakers rushed him to our clinic in Ooty for emergency treatment. 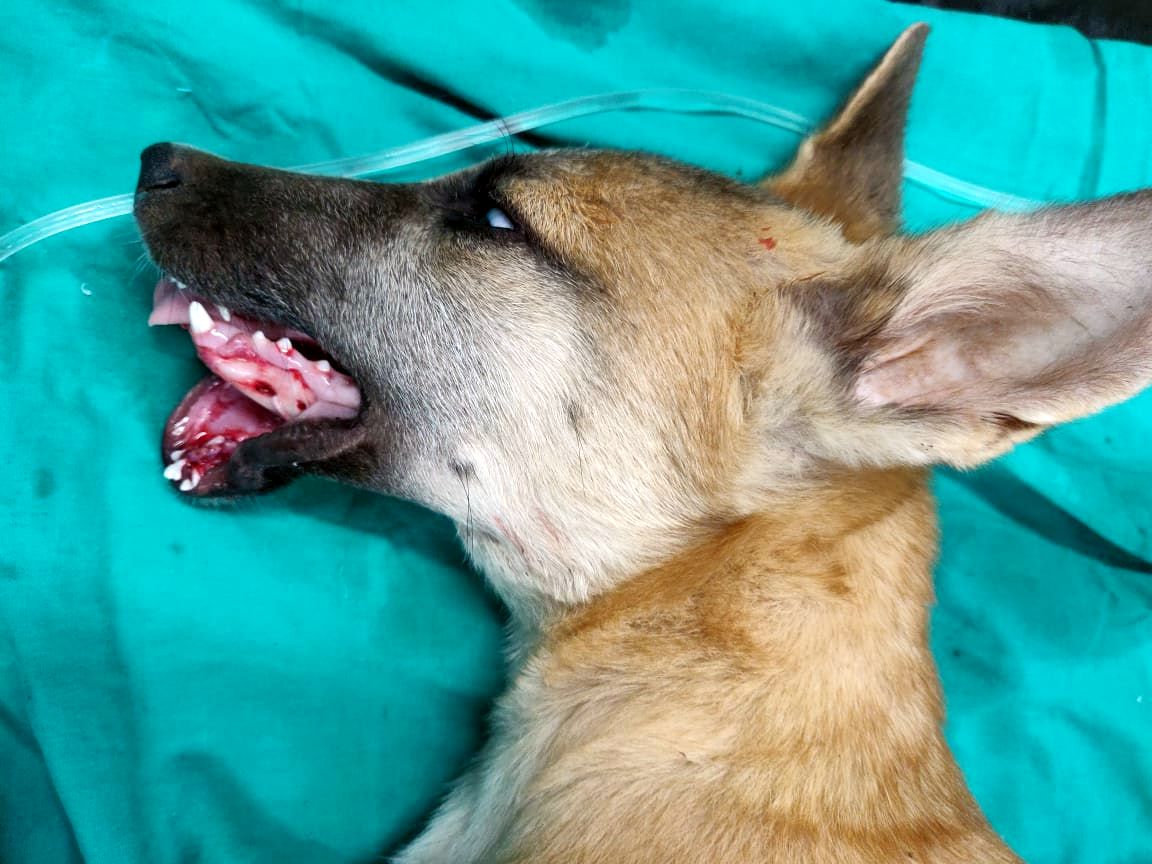 Kutty was stablised and given pain medication before our veterinary team began examining his injuries. They found his lower lip had been completely ripped off the mandible (lower jaw bone). A small bone fragment with two incisors teeth had also broken off, and was hanging alongside the portion of the lips that was detached from the jaw. The good news was x-rays confirmed Kutty hadn't sustained any fractures in the attack.

Whilst sedated, Kutty’s mouth and lips were flushed and cleaned thoroughly with normal saline. He was then intubated and prepped for lower lip reconstruction surgery. 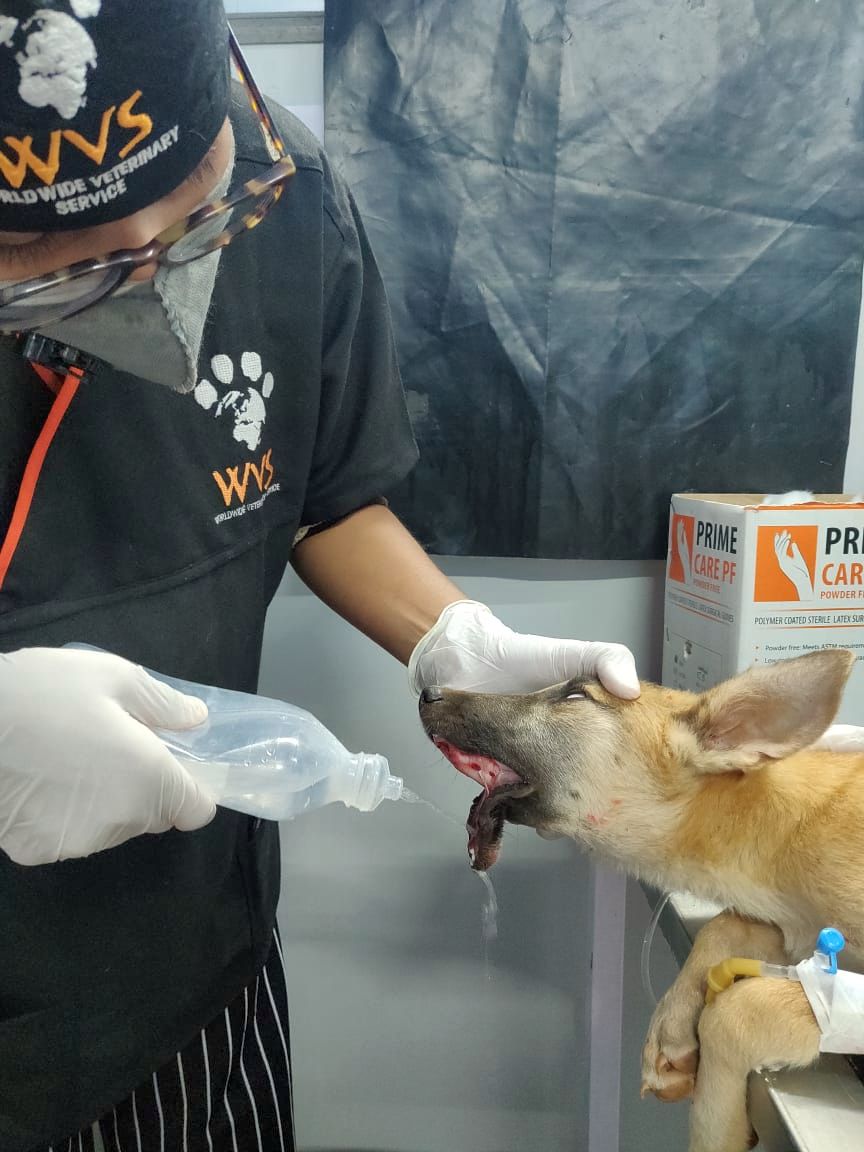 Firstly, the team surgically removed the small fragment of the mandible which was attached to the lower lip. Then, using non-absorbable Nylon suture material, they sutured the lower lip to the jaw using a simple interrupted suture pattern. 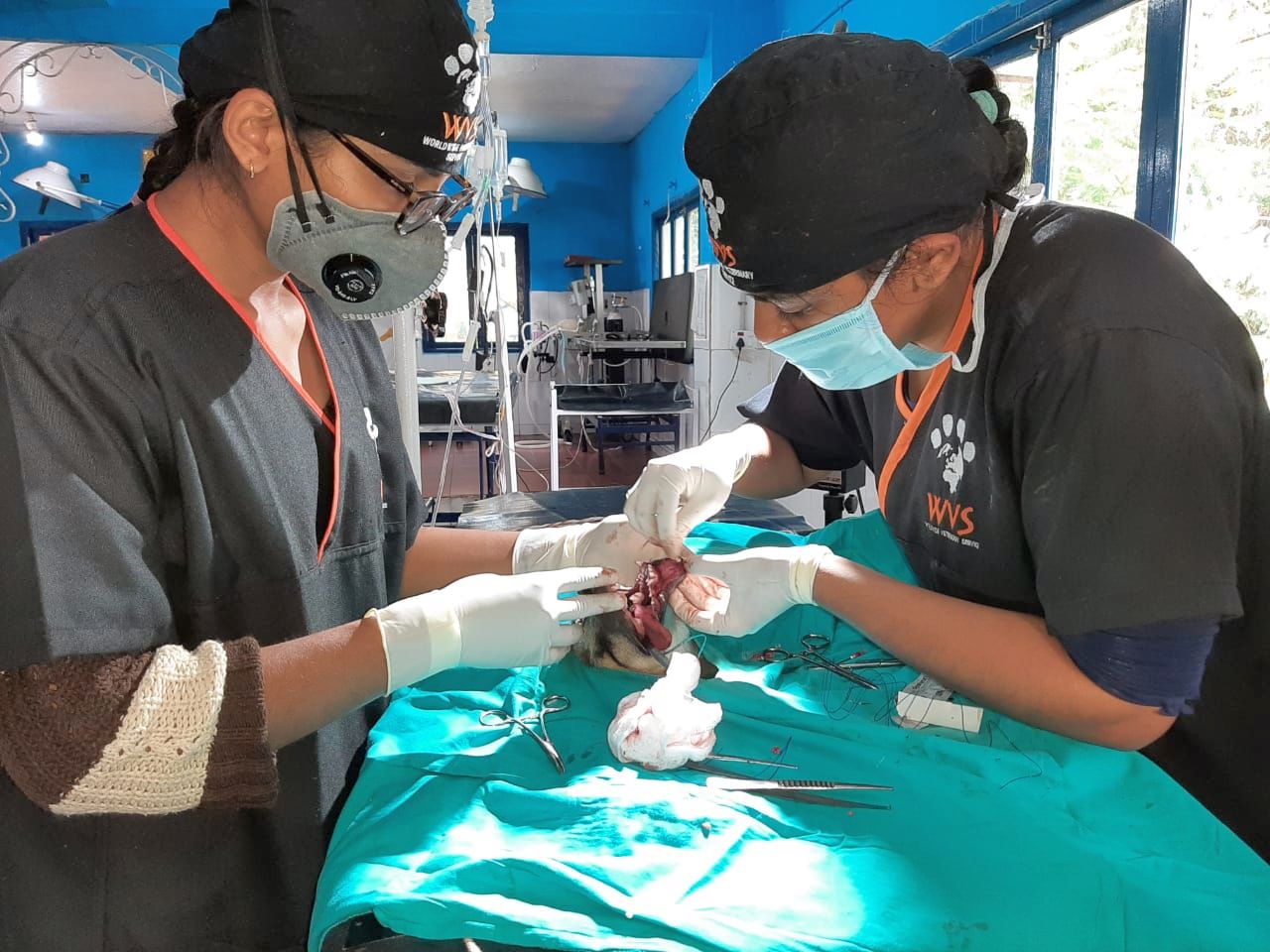 The suturing was done carefully to avoid any damage to the canine or premolar teeth, and half an inch sized plastic tubes were placed at the base of the sutures, to prevent the resulting tension on the skin. Finally, they placed an additional suture right below the tongue to hold the middle portion of the skin covering the lower jaw. 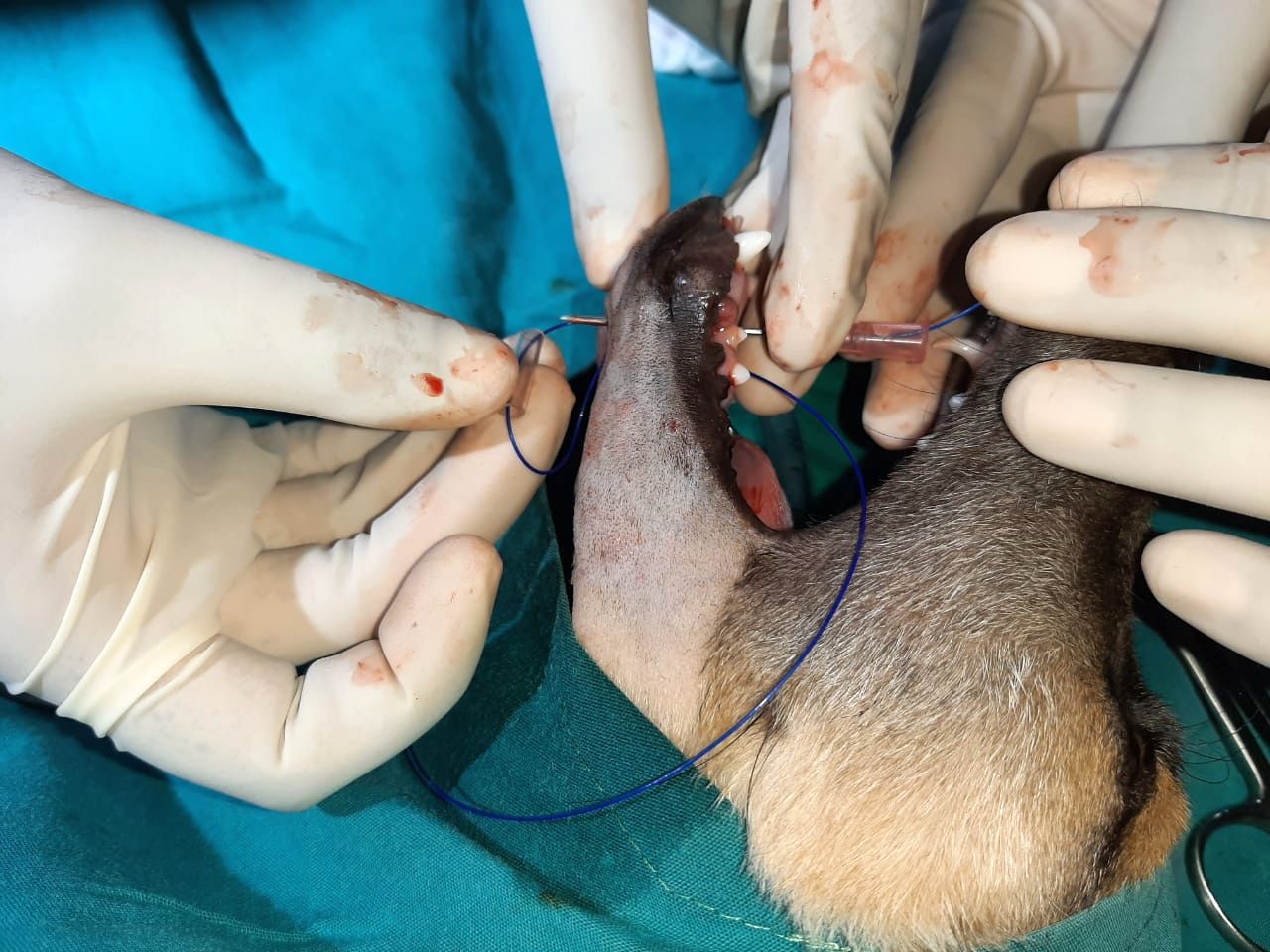 Post-surgery, Kutty was placed on pain relief medication and given soft food to support his recovery. After 14 days, his sutures were removed, his wound had healed, and he was able to return home.