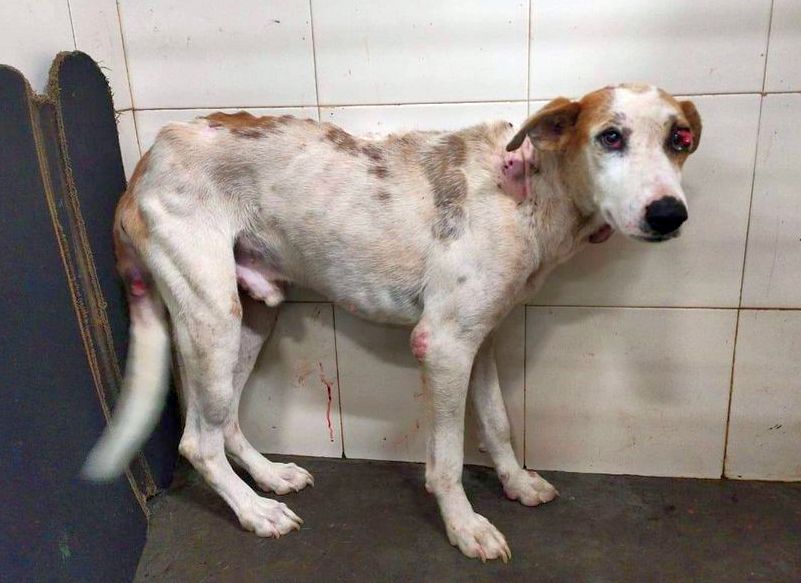 India: A dog's fight against a contagious cancer

This poor dog, fondly named ‘Big Daddy,’ was spotted in a horrific condition on the streets of India. His body was covered in lumps and his eye appeared to have been gouged out. He was rescued and brought to our clinic in Goa. 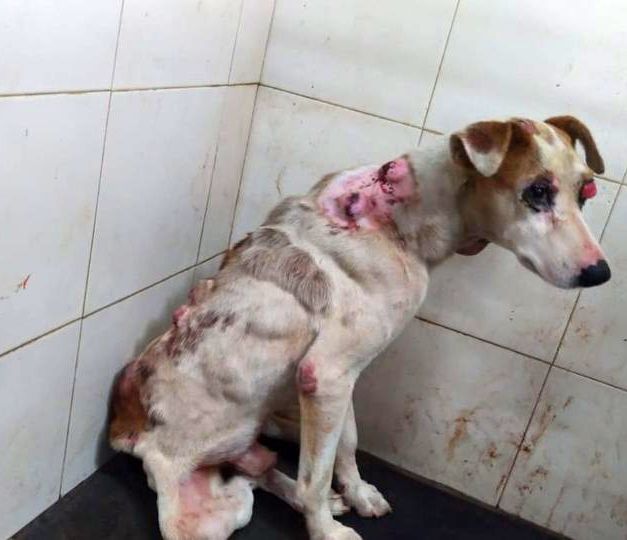 On examining the dog, the veterinary team noticed the lumps were different sizes, and some of them were bleeding. They also noted that his eye hadn't been gouged out, but, in fact, a mass had grown over the animal’s entire left eye, blocking his sight.

Initially, a blood test was taken to rule of infection, before the team examined an impression smear of the eye under the microscope. They were amazed at what they found: Transmissible Venereal Tumour (TVT) cells, a common sexually-transmitted tumour in dogs. A microscopic examination of the masses on his body also revealed the same TVT cells. 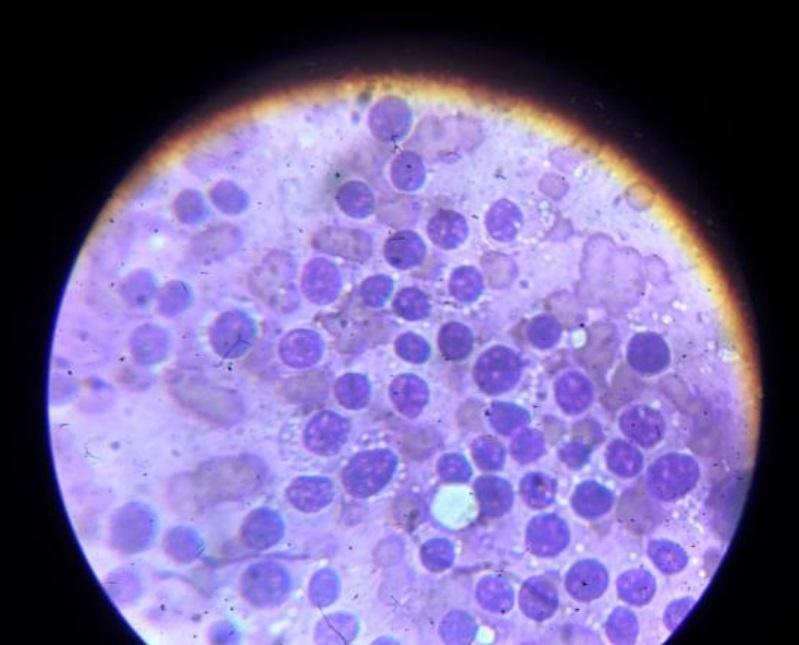 Our team was shocked.

Although they frequently come across TVT cases, the tumours are mostly seen on the dog’s genitals, oral cavity, or sometimes the nasal passage, not the eyes or skin (cutaneous).

The team immediately started ‘Big Daddy’ on weekly chemotherapy treatment and supportive medications. Gradually, the skin masses reduced in size and the eye mass started shrinking. To everyone’s relief, the mass had not damaged the eye, giving ‘Big Daddy’ full sight once more. 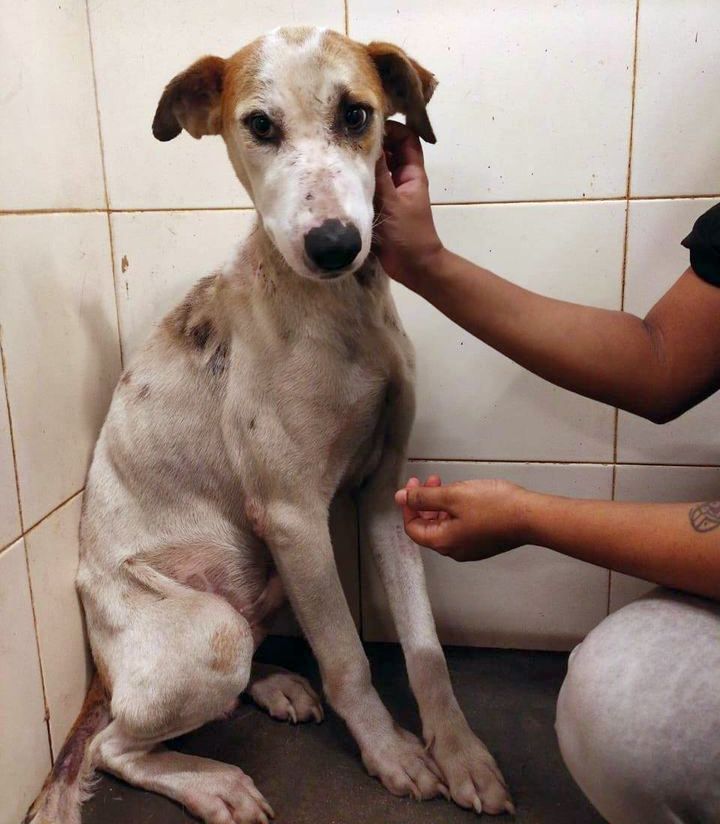 After three doses and four weeks of therapy, all the lumps and the eye mass had completely disappeared. The once anxious, grumpy, and fearful dog was now healthy, happy, and friendly – and ready to go home. He was castrated and released back into his home territory. 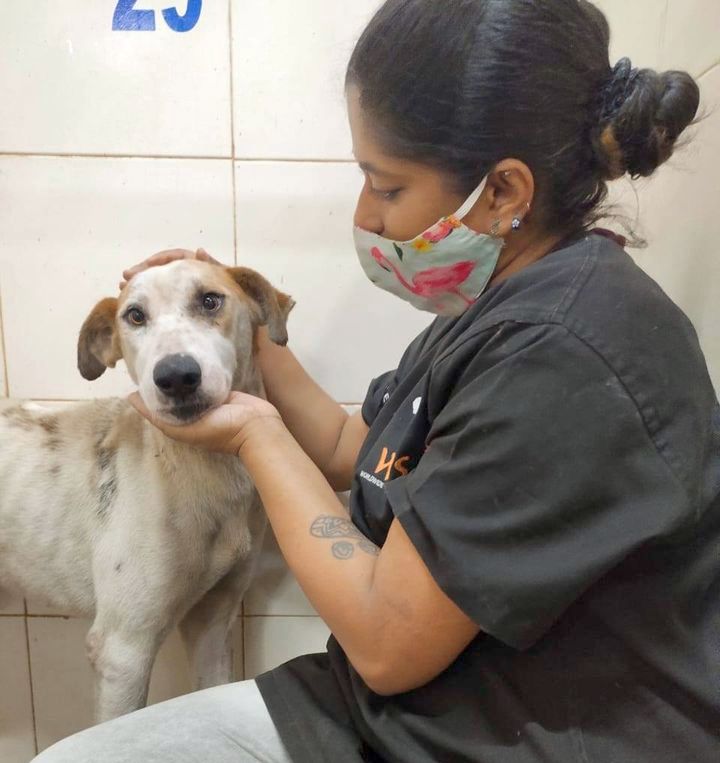 Did you know? TVTs are most commonly observed in ‘intact’ or not neutered dogs. Please, neuter your pets and community dogs, and help us protect animals from immense suffering.