The WVS Vets who are helping Hawkeye beat cancer 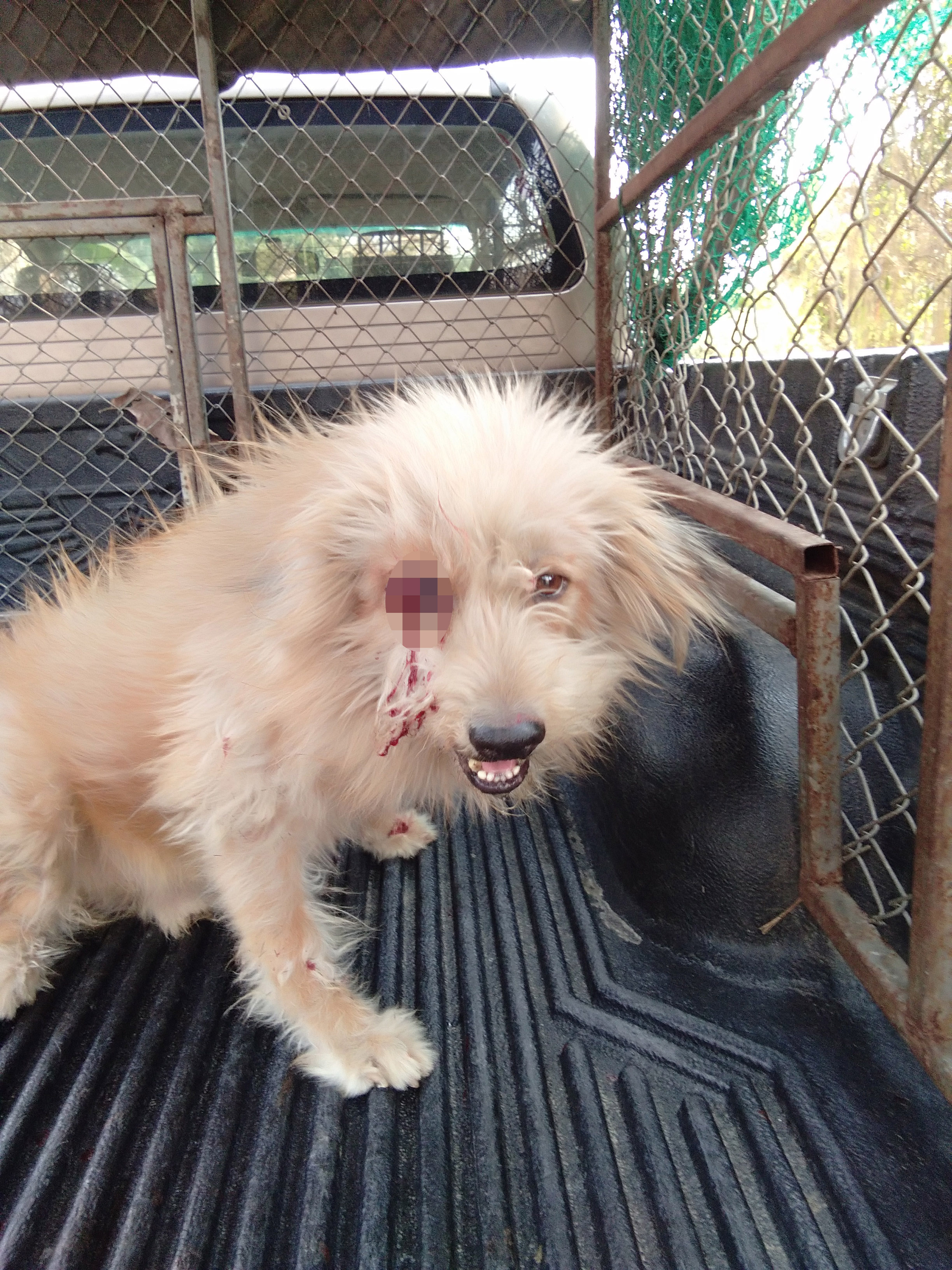 A few weeks ago, our rescue team in Thailand received an urgent call from a nearby Government facility. A dog living in the area was seriously ill and in need of care.

This is when we met Hawkeye! Once he arrived at our centre, our veterinary team discovered he was suffering from a number of illnesses. The main cause of his suffering was a TVT (transmissible venereal tumour), a form of cancer, that was causing an infection to spread through his body, but our team also suspected blood parasites were making Hawkeye’s condition worse. 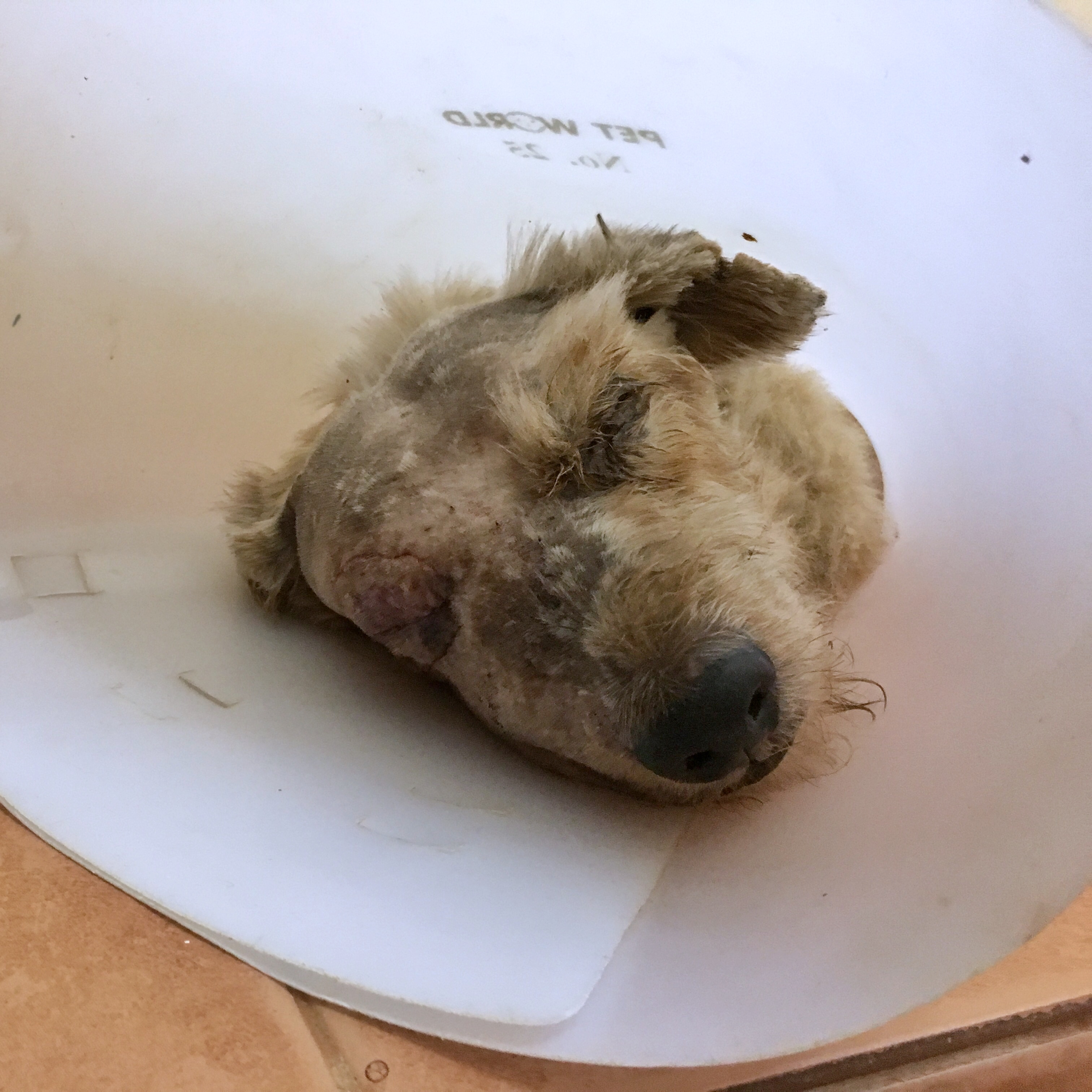 The TVT had already destroyed his right eye and he was in a lot of pain. After further tests, it was also confirmed that Hawkeye did not in fact have blood parasites, but a secondary infection from the cancer. Hawkeye continued to struggle and the infection was threatening to injure him further, so he was still in need of urgent treatment. Strong antibiotics were administered to stabilise him before our vets were able to remove his eye!

A few days later, our team were able to expertly remove the remainder of Hawkeye’s damaged eye and the TVT causing this troubling infection. The surgery went extremely well and the first half of his ordeal was over! 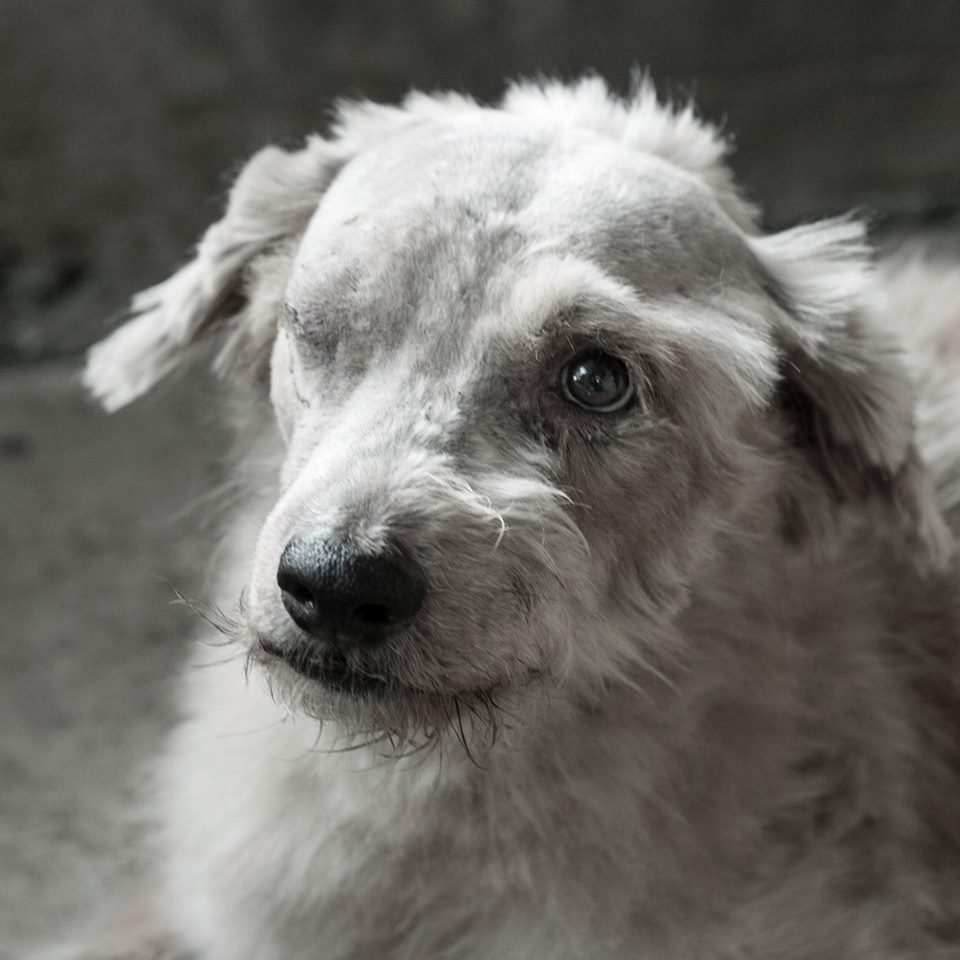 Fortunately, most TVTs respond well to chemotherapy so our team set to work! In just a couple of months, we hope Hawkeye’s health is fully restored, but the drugs and equipment for this kind of treatment is costly. Our teams are dedicated to helping every animal that comes through our doors, no matter the illness or treatment required, but with eight weeks of treatment to endure, Hawkeye’s care is costly.

You can help us continue providing care like this to all the dogs suffering from TVTs in our project areas. Help us save the lives of dogs like Hawkeye by becoming a member today for just £4 a month or £40 a year and your donations really will be saving animals who have no one else to turn to!

We look forward to updating you on Hawkeye’s recovery soon! Together, we can be the difference!