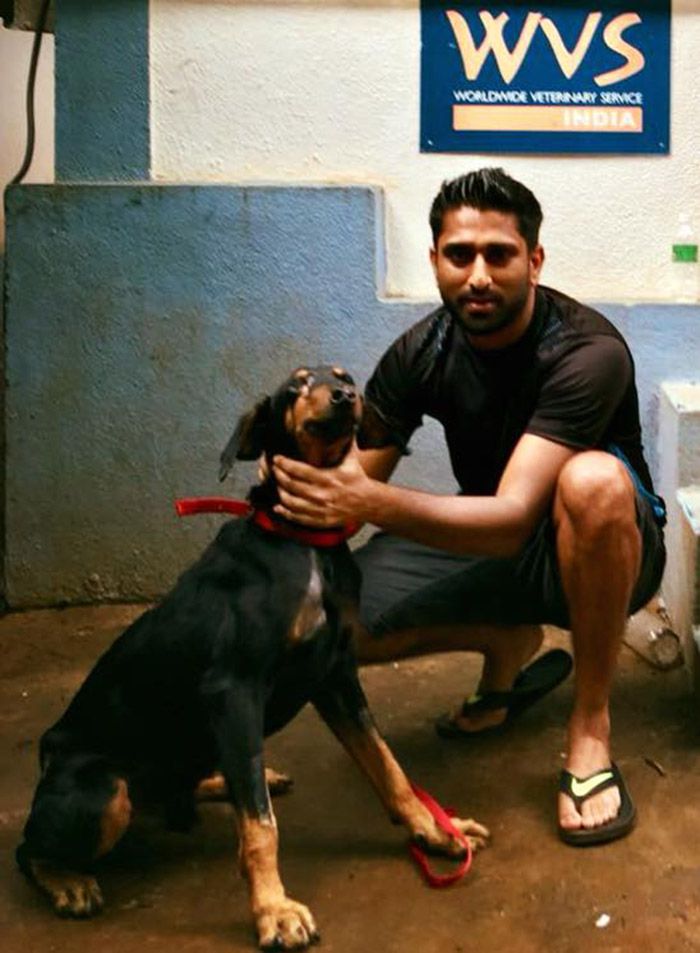 Dog with Maggot-Infested Eye Gets Adopted by Caring Neighbour

This is the story of Dobby. Dobby is now a beautiful Doberman retriever, but his life was turned upside down when he was abandoned by his owners in an empty house, left to fend for himself.

The neighbouring house belongs to a kind man called Vivek who was beginning to grow worried about the dog’s condition. 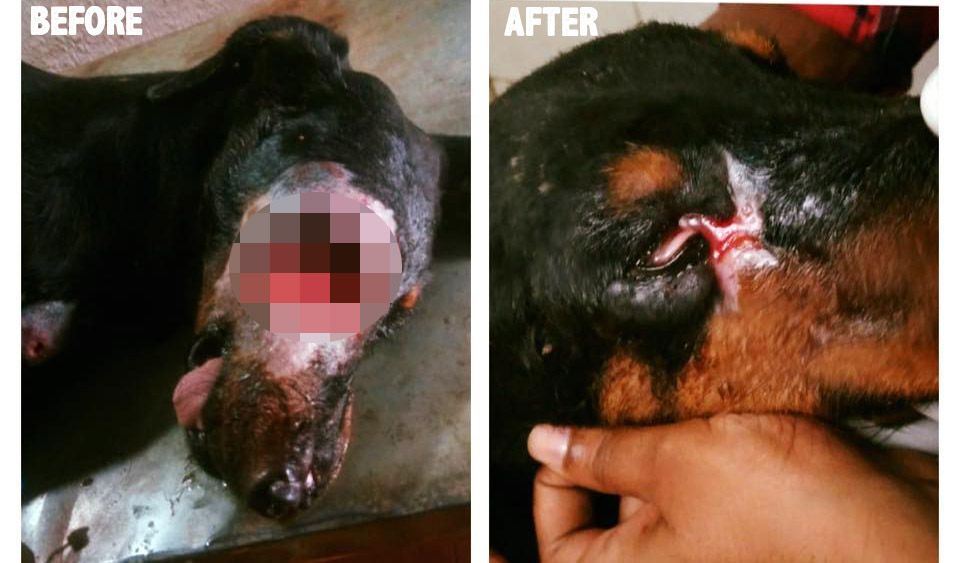 Dobby was often jumping the wall to search for food as he had no option but to scavenge in the streets. He was soon losing weight and had severe wounds on his face due to dog fights in the area. Vivek couldn’t stand to see this dog looking so lost and hurt anymore, so decided to do something about it!

It was difficult to catch Dobby as he had become highly agitated but when he managed to get him safely secured, he realised Dobby was in an even worse state than it first appeared. His facial wounds had become infested with maggots, eating away at his face with one eye now completely gone. Vivek rushed the dog from Pernem to the WVS Hicks ITC to get immediate care for this poor animal.

Our vets got to work treating his injuries and slowly, his wound began to heal. Three weeks later, Dobby was going home with Vivek, who had decided to adopt him as his own!