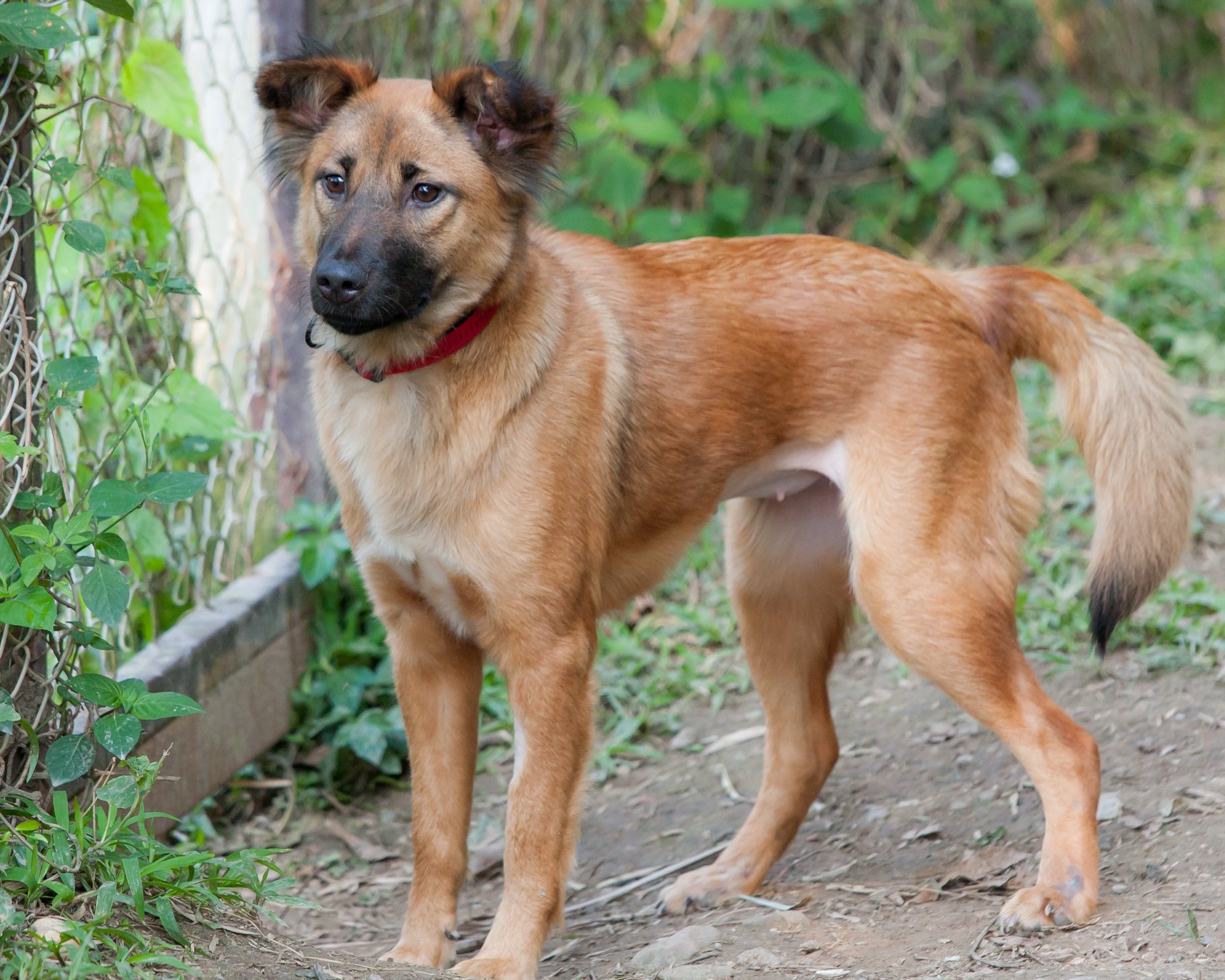 The number of dogs that are involved in traffic accidents around Chiang Mai is devastating, but for our team in Thailand it is a regular occurrence. Thankfully, we are able to step in and treat many of these animals who simply have no one else to care for them. 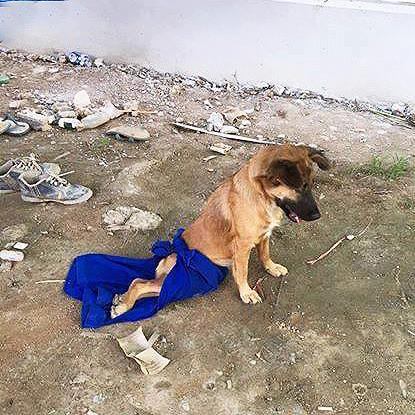 Chom Duean was just one of these patients. She is a friendly stray who lived at a nearby campsite, happy to fend for herself and live off the scraps found after campers had moved on. When she was hit by a passing car however, everything changed.

WVS Thailand received an urgent call from a neighbour who witnessed the incident and we immediately dispatched a rescue team. 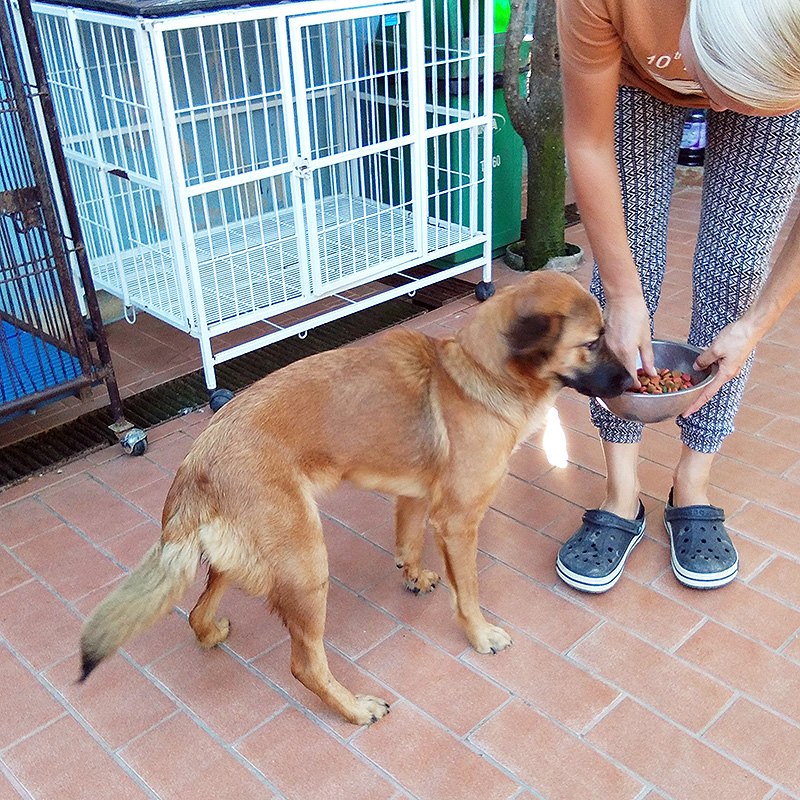 Chom Duean was brought to our clinic and an initial examination by our veterinary team revealed that she had completely lost the use of her hind legs. This spinal trauma meant she was pulling herself around using just her forelimbs and every movement was causing her pain. 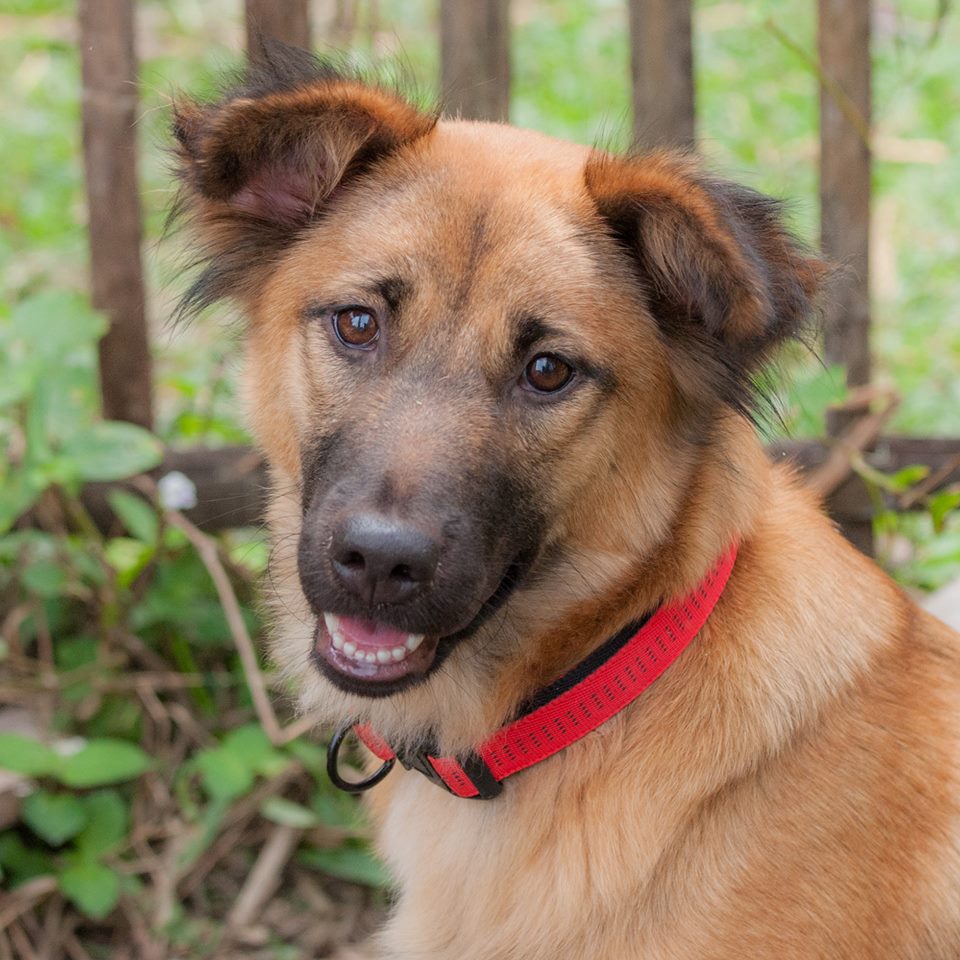 It took three weeks of almost constant massage therapy, pain relief and support before our team began to see an improvement. Through the combined efforts of our excellent vets and the dedication of one of our volunteers, who had taken on the task of helping Chom Duean learn to stand and walk again, she is well on her way to recovery.