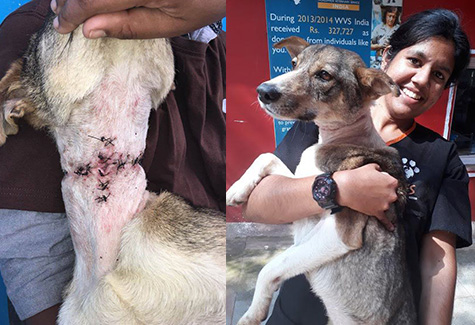 Our veterinary teams at our international training centres rescue and treat hundreds of animals each week, both owned and stray, to help relieve their suffering and improve animal welfare. Aira was one such rescue case that required special surgery… 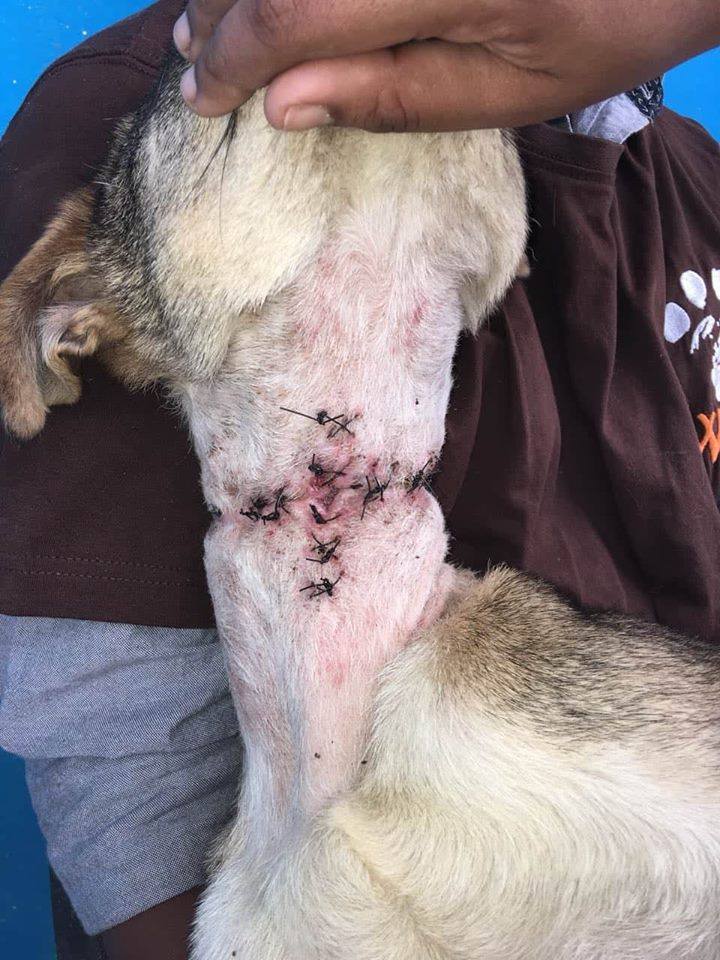 When the WVS ITC India team found Aira, she was suffering from such a terrible neck injury that it was surprising she was still surviving.

The wound had cut so deep that it had reached the trachea causing serious injury and infection.  It had likely been caused from having a rope or something tied around her neck that had tightened as she grew, or it had been tugged and caused the deep wound. 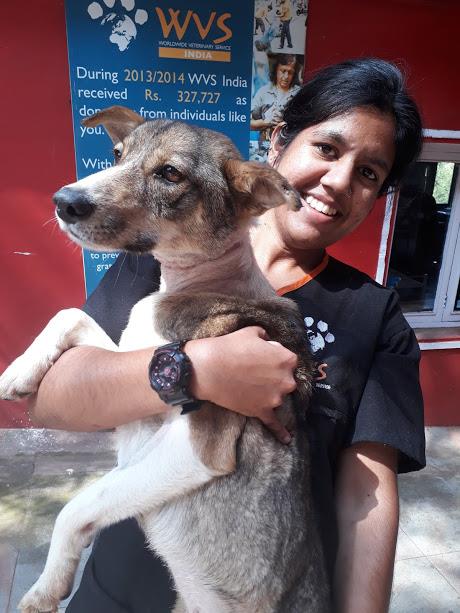 The veterinary team treated the infection of the open wound before operating. Dr Stacy, our WVS Intern took the lead on performing a tracheal reconstruction and then closed the wound. After recovering from the surgery, Aira was sterilised and released back into her community.