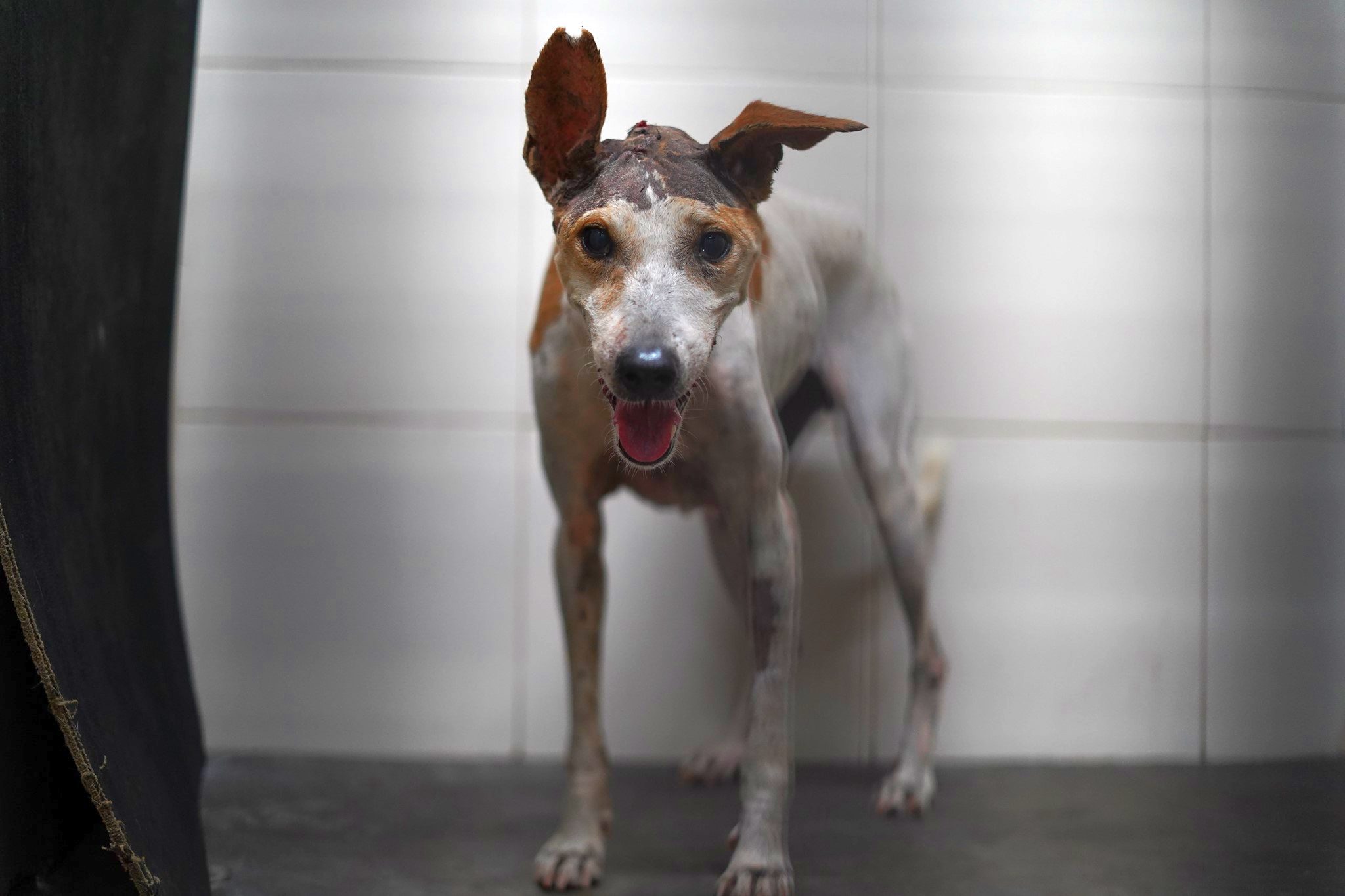 Sadhu the dog was spotted on the streets of India with a shockingly large lump on top of her head. The Mission Rabies rescue team came to her aid and transported her to our clinic in Goa for treatment. 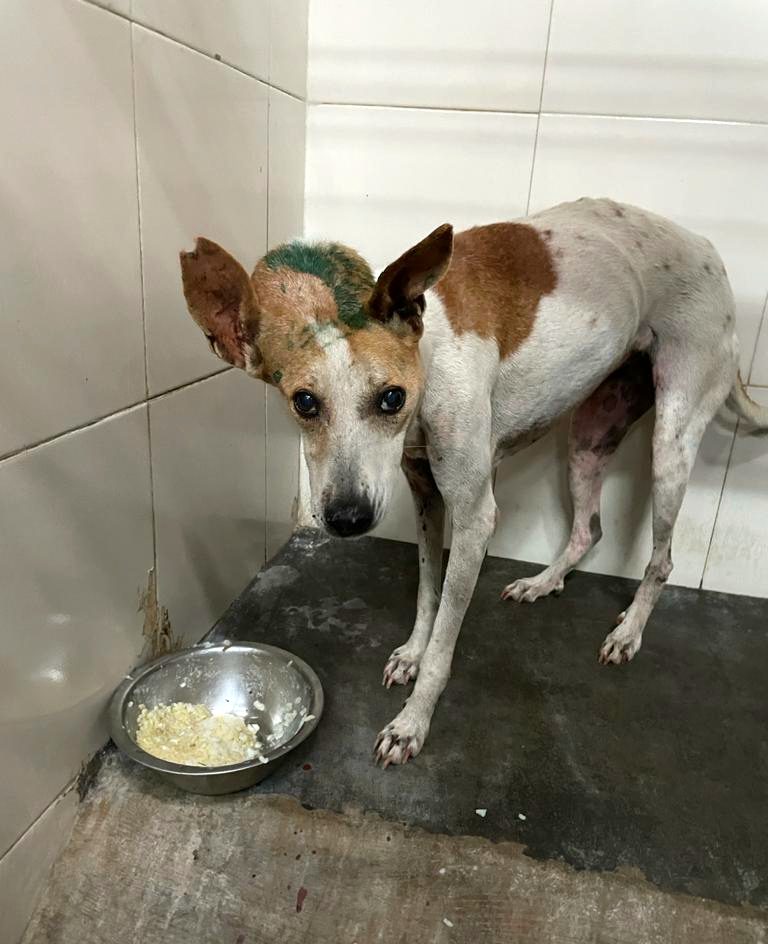 In the clinic, our vets examined Sadhu thoroughly. On palpation, the mass on Sadhu's head seemed to be hard, almost like bone. Thankfully she wasn't showing any neurological signs. When our vets inserted a needle into the lump for fine-needle aspiration cytology (FNAC) and found that the feel was gritty.

At first, our vets suspected Sadhu's lump was osteosarcoma (a type of bone cancer that begins in the cells that form bones), but the biopsy showed cells resembling a soft tissue sarcoma. 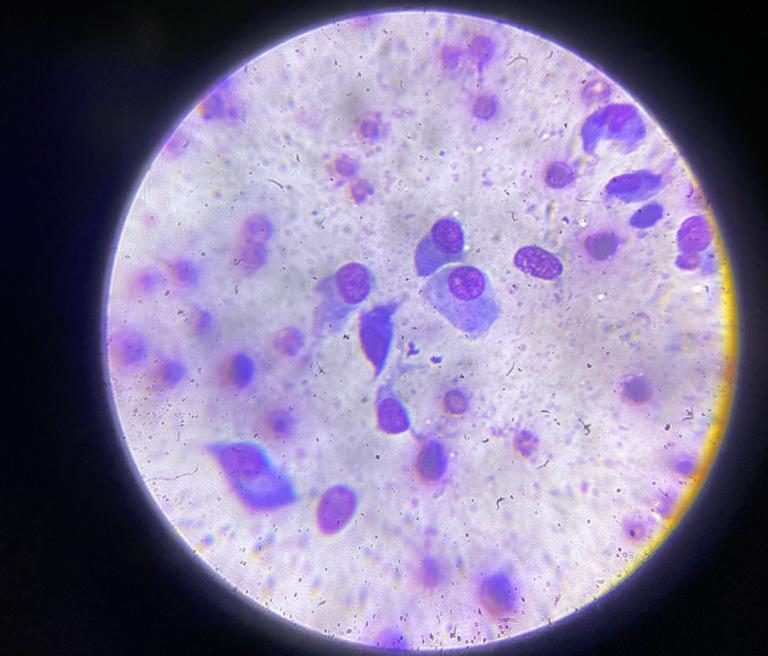 A series of x-rays revealed a radio-opaque structure but did not involve the skull bone. Whilst the chest x-ray did not show any metastases in the lungs. 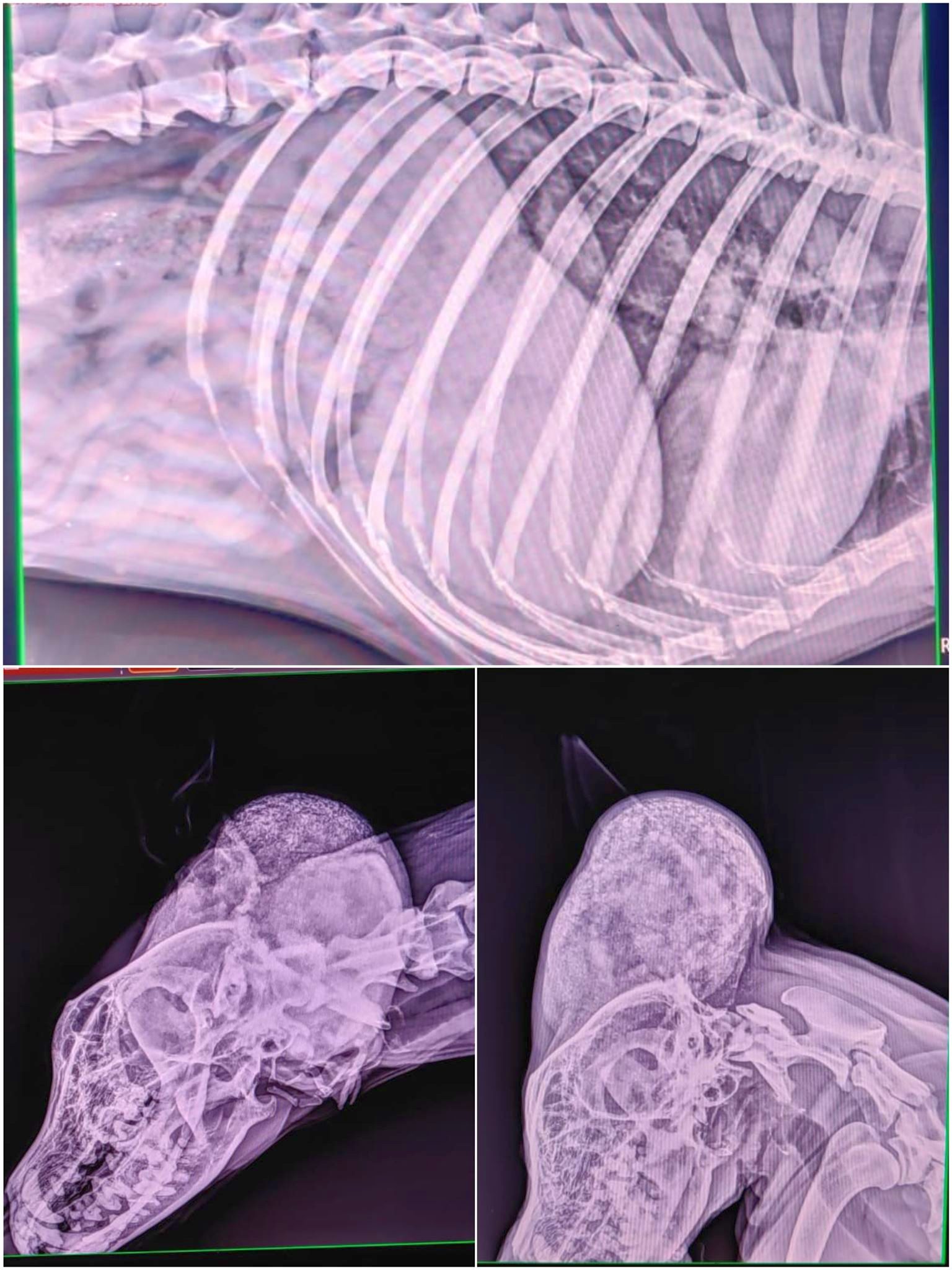 After a few days in care to monitor her condition, Sadhu was coping well. Aside from the lump, she was healthy, happy and like most stray dogs, had a great appetite. The decision was made to attempt to remove Sadhu's lump surgically.

Whilst Sadhu was under general anaesthetic, our vets worked for almost an hour to remove the mass with the utmost care. The mass had a capsule and involved a few muscles which complicated the procedure, but didn't prevent our vets from freeing Sadhu from the burden of the mass. 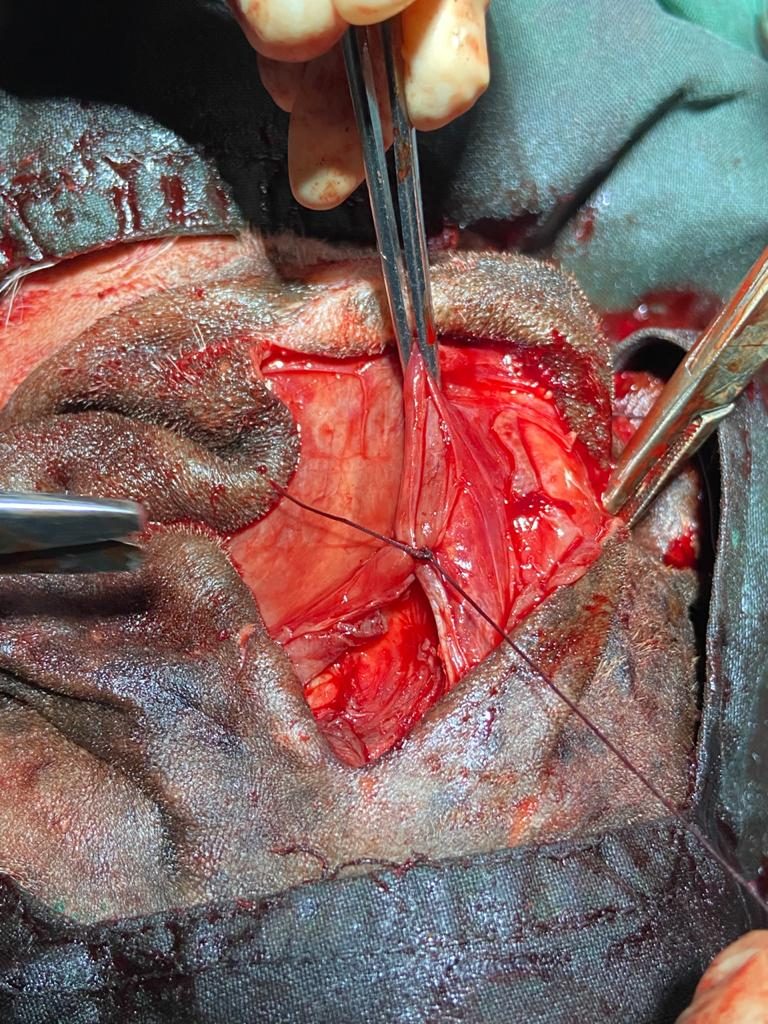 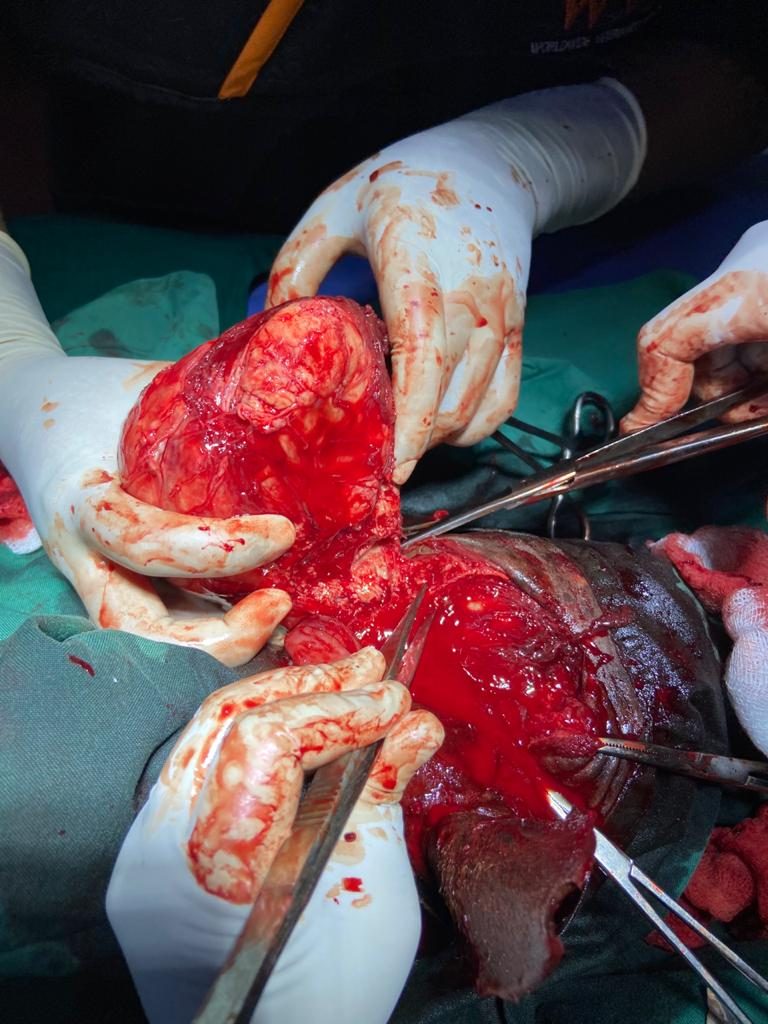 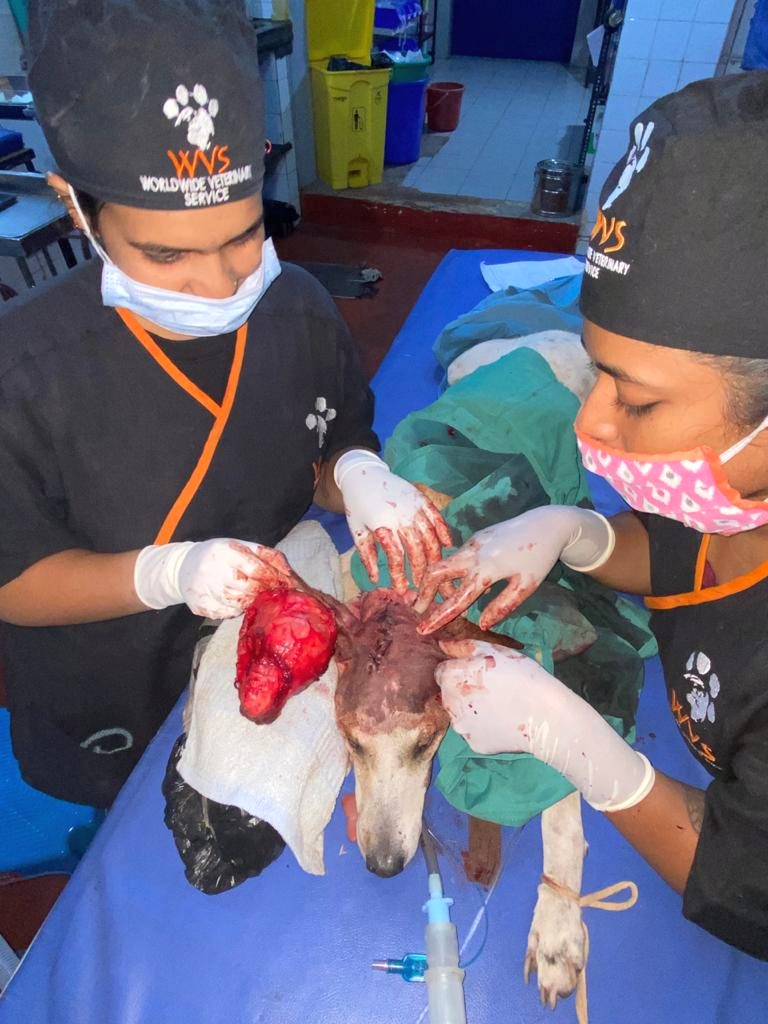 Post-surgery, Sadhu was monitored closely in the kennels and placed on pain medication for 10 days to support her recovery. After which, Sadhu's surgical site had healed, her sutures were removed, and she was released back to her locality.

You can help street dogs like Sadhu receive veterinary attention when they need it most. Simply donate, fundraise or volunteer to lend a helping hand.