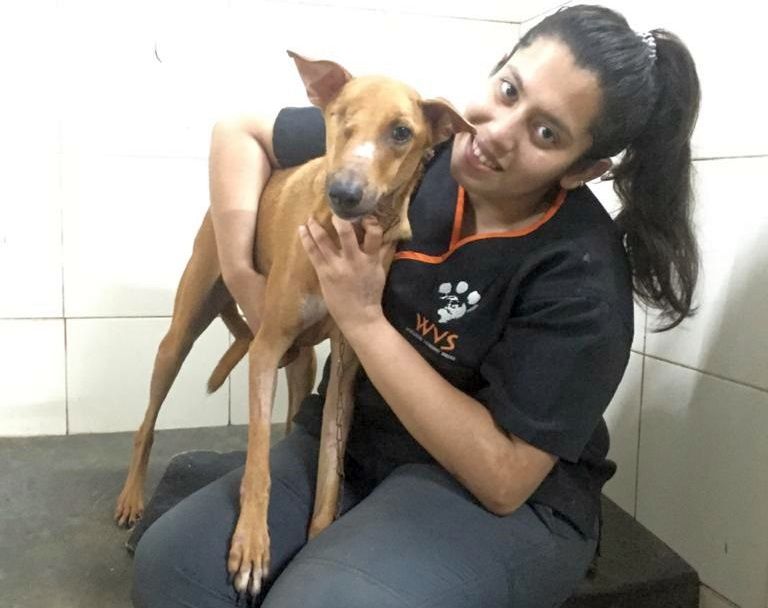 India: A stray dog's horrific encounter with a metal gate

In the early hours of the morning the locals of Candolim, a small town in India, woke to the gut-wrenching cries of a dog. They clambered out of bed to see what all the commotion was and were shocked at the horrific scene they found.

It appeared a local street dog, fondly called 'One-eyed Brownie,' had got his head stuck in the metal gate of a house. But upon closer inspection, his head wasn't just stuck, he had impaled himself. A metal rode had pierced his lower jaw, trapping him to the gate. He was petrified, bleeding profusely, and in unimaginable pain. 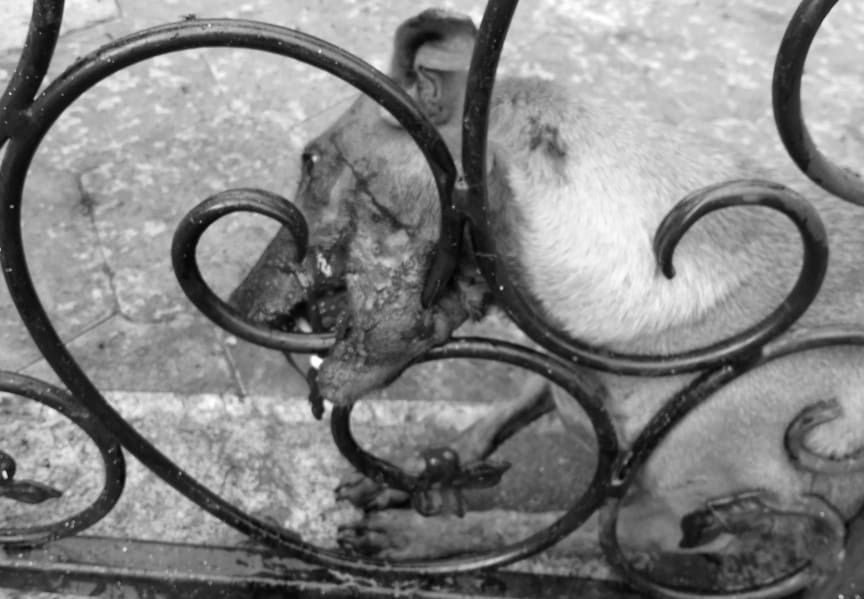 The distressed neighbours called our rescue team in Goa, India, who responded immediately.

First, our team had to somehow free the dog from the metal gate. They tried to manoeuvre his head in a way to release him, but the metal rod was curved, making it impossible. They decided to saw the rod in half. Carefully as to not injure the dog further, they cut through the metal, removed the rod from the dog's jaw and rushed him to the veterinary clinic. 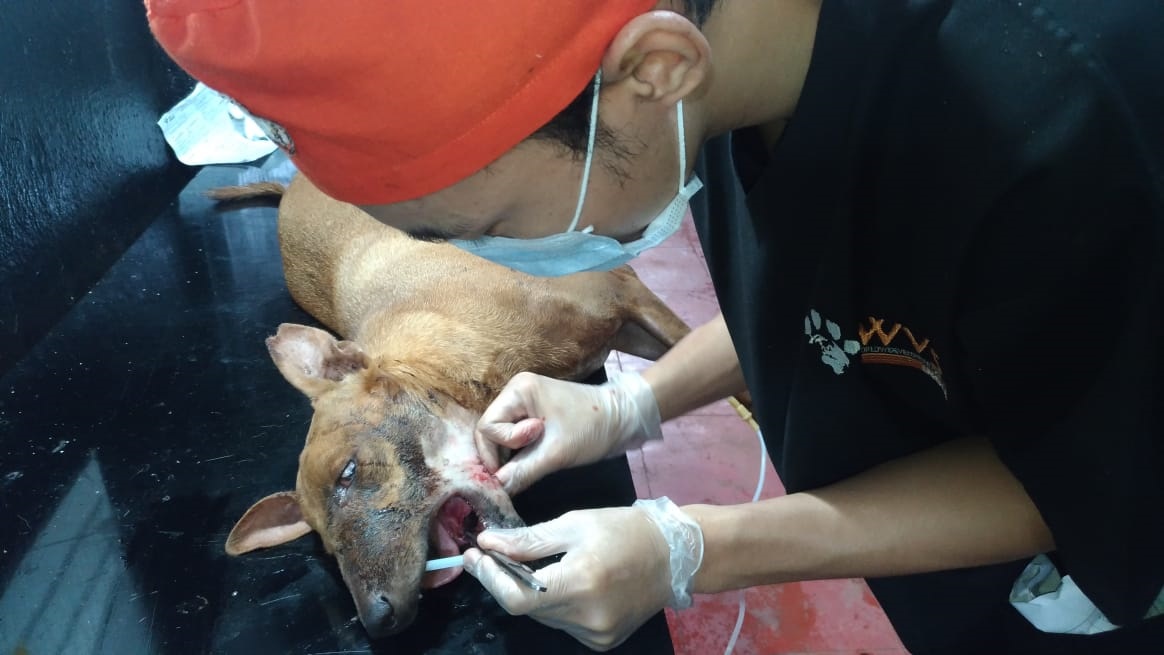 He was quickly stabilised with fluids and pain relief, and later on, sedated so the team could examine the extent of his injuries. It was a through-and-through wound that had thankfully not damaged the jaw bone. They flushed and cleaned the wound thoroughly, dressed it, and placed the One-Eyed Brownie on a course of antibiotics. 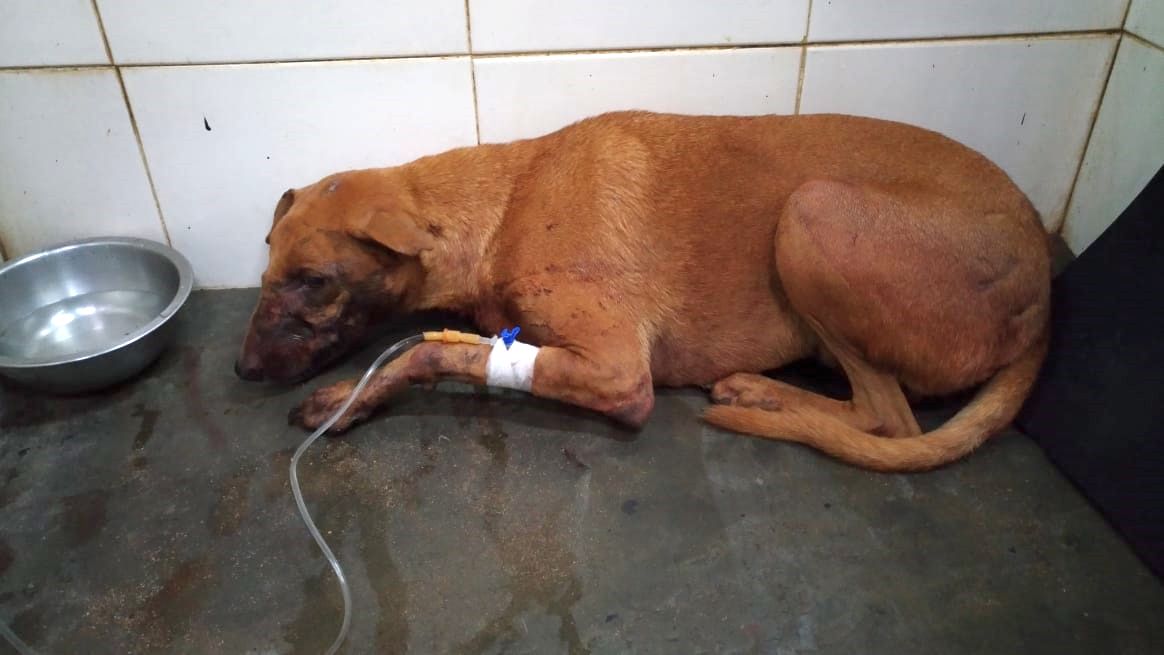 Remarkably, the very next day, One-Eyed Brownie's appetite was back, and he began eating soft foods. He was a street dog, a survivor.

Slowly and steadily the dog's wound healed whilst under the watchful eyes of our veterinary team. Within three weeks, One-Eyed Brown was ready to return home and was released back to his locality. Hopefully, he'll be staying clear of metal gates from now on.