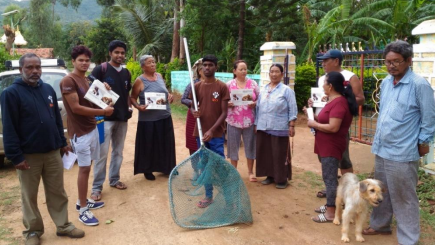 July proved to be another eventful month at Jamste Animal Birth Control Programme in Kollegal with the 1000th dog being operated on! WVS India Junior Vet Dr Abhilash reports on the updates from the project and the work being done to help India’s dogs.

The WVS vets visited the surrounding villages of Kollegal and performed animal birth control procedures as well as dealing with two rabies positive cases and some peculiar outpatient cases!

By visiting the villages, the teams were also able to make sure any dogs missed in the last visit could be operated on to help control the dog population and improve the welfare of the dogs in the area. 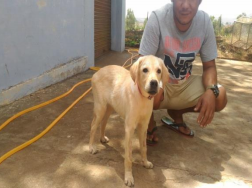 Some exciting visitors were also welcomed to the project! The honorable health minister of the Tibetan exile government came to Kollegal and was very much pleased with the hard work being done by the team.

An interesting case that came in recently was a golden retriever puppy with severe anaemia. The puppy was in severe shock and required a blood transfusion. Without further delay Dr. Srihari and his team responded by arranging for a donor dog and performing the transfusion. The dog was then treated and showed a slow but complete recovery from the condition and is now back to full health! 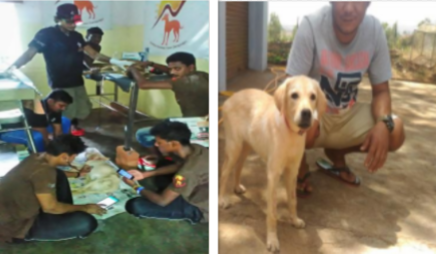 Two positive rabies cases also became apparent in the last month, both from the village of Basuvangudi. One was a young female puppy and the other an adult male and after the postmortem lateral flow test, both proved positive cases of rabies.Following the two cases a ring vaccination was also done around the same village to prevent any more rabies cases in this area. 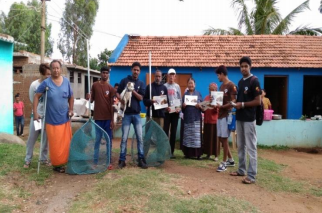 The work being done in these rural areas of India are vital to population control and treating animals who would not usually get veterinary treatment! A massive thank you to the Tibet charity and the Brigitte Bardot Fondation for enabling our teams to perform this work!